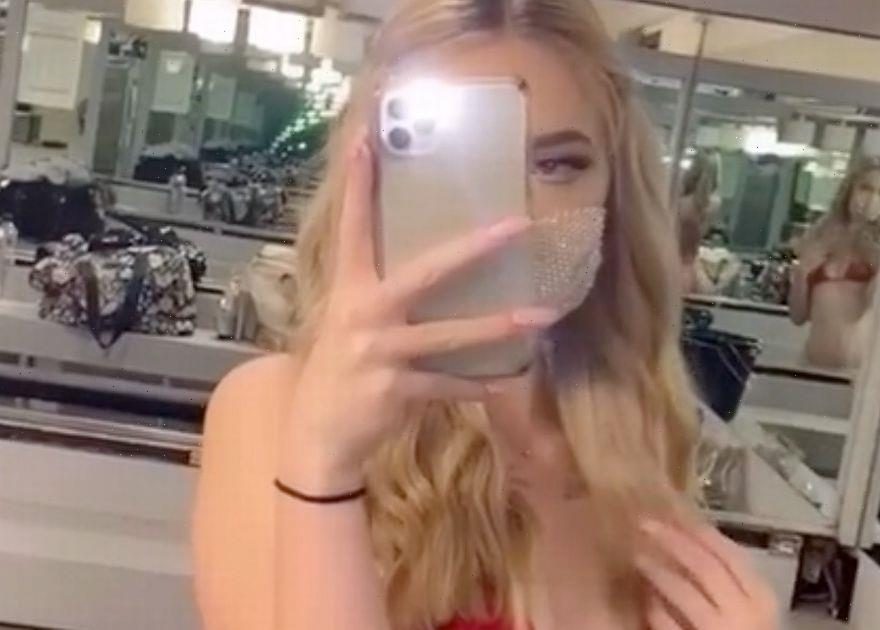 A stripper has divulged how much money she makes in a single night and says the cash has to be swept off the floor with a broom.

In a TikTok video, user Karynna @karynnamiles from San Diego, California, US, shows off her red and black cage-style lingerie that barely covers her assets.

The exotic dancer then films her insanely tall platform heels that she wears to perform in and reveals she also carries a purse with perfume and hand sanitiser.

Karynna then shares a shot of herself in a tiny red bra and thong set from inside the dressing room.

The clip has been watched more than 300,000 times since it was uploaded on the video-sharing app and received 20,000 "likes" and thousands of comments.

One person said: "I wish I trusted people like she trusts those heels from not breaking or those straps from snapping."

"How other girls treat other girls there? I'd be scared if they judge or bully or steal my money," asked a second viewer.

One woman commented: "How do you get used to wearing those high heels?"

Another asked: "I don't get it if they throw money at you while you are dancing on the stage do you just pick it up when you are done?"

Karynna replied: "There's a guy at night whose job it is to pick up the money.

"He comes with a broom to sweep it up because there is so much."

This comes after a stripper posed in a lacy black robe and filmed herself counting stacks of money on her bed as she revealed how much she made that night.

And a pastor turned stripper claimed it had made her a "better mum" than her church upbringing.