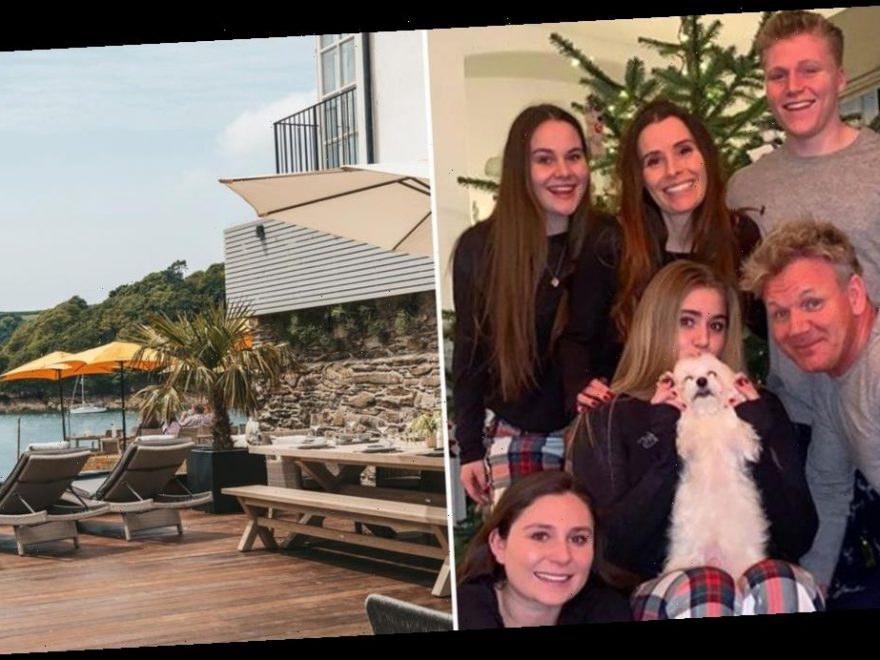 There’s no place like the seaside for Gordon and Tana Ramsay, who left London with their family during lockdown and went to Cornwall where they have a five-bedroom £4.4 million beachside mansion in the coastal spot of Rock, and a £4 million house in the nearby village of Trebetherick.

Gordon, 53, and Tana, 46, also own another plush holiday pad – this incredible waterfront property in Fowey which they bought for £1.96 million in 2017.

The stunning home is bright and modern with open plan living and four bedrooms. Power couple Beyoncé, 39, and Jay Z, 50, recently sailed around Europe on a super yacht, which cost them a staggering £1.5 million a week to rent.

The Benetti-built yacht Lana is longer than a football pitch so there’s plenty of room for their children – Blue Ivy, eight, and three-year-old twins Sir and Rumi – to run around. The boat boasts eight en-suite state rooms, seven VIP rooms, a cinema, a pool on deck, a theatre and a spa, as well as a jet ski, wakeboards and paddleboards to play on. Singer Taylor Swift bought her £13.7 million home in Rhode Island in 2013. The property, called High Watch, is 11,000 sq ft and has eight bedrooms, eight fireplaces and a huge swimming pool. It also features 700 ft of shoreline and views of Little Narragansett Bay.

When Taylor, 30, purchased the house, she placed a sign outside which read, “I knew you were trouble when you walked in. NO TRESPASSING”, a nod to her hit song. She’s also hosted a few of her infamous fourth of July parties at the mansion. During lockdown, David and Victoria Beckham moved out of their £31 million London mansion and headed to their rustic Cotswolds barn conversion. Inside, the gorgeous property has log-burning fires, exposed brickwork, impressive chandeliers and wooden beams on the low ceilings. Outside, there are incredible gardens, a private swimming pool and a football pitch.

The spacious barn has recently hosted celeb-filled parties, including Brooklyn’s 21st birthday bash in March and the baptisms of his siblings, Cruz, 15, and Harper, nine, last year.

In May, David, 45, and Victoria, 46, who also have son Romeo, 18, submitted plans to build a smaller property on the estate, which will have a kitchen, bathroom and bedroom for guests.

They have mansions in London and Malibu, but Robbie Williams and Ayda Field Williams spent lockdown in their £26 million Beverly Hills pad. The impressive abode, bought in 2015, boasts 10 bedrooms and a staggering 22 bathrooms.

Robbie, 45, and Ayda, 41, who have four children – Teddy, seven, Charlie, five, Coco, two, and eight-month-old Beau – can enjoy keeping fit at home thanks to the fully equipped gym with its own ballet studio, and a sprawling garden with tennis court and swimming pool. George and Amal Clooney spend their summers with their three-year-old twins Alexander and Ella in their stunning Italian abode, Villa Oleandra on the shore of Lake Como, which George bought in 2002 for £9 million. The property has 25 rooms including a swimming pool, gym and tennis court, an outdoor theatre, a garage to house all of the actor’s motorcycles and a “pizza room”.

A-list guests who have stayed with George, 59, and Amal, 42, include Jennifer Aniston, Matt Damon, and the Duke and Duchess of Sussex. Donatella Versace owns a villa nearby.