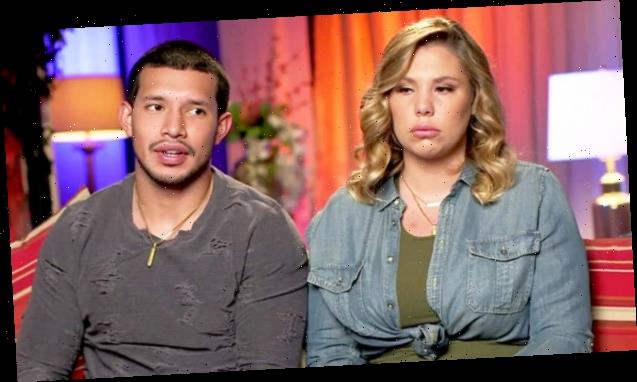 Hell hath no fury like a woman scorned! On this week’s new episode of ‘Teen Mom 2’, Javi’s girlfriend Lauren was pissed at Kailyn for a claim she made on national television.

Earlier this season on Teen Mom 2, Kailyn Lowry claimed that her ex-husband, Javi Marroquin, tried having sex with her in a Wawa parking lot while he was in a relationship with his current fiancee, Lauren Comeau. Apparently, this season was still filming when that episode aired in mid-October, so during this week’s episode on Dec. 22, fans got to see how the wild reveal affected all three of them.

During a hangout at Jo and Vee‘s house, Kailyn revealed that Javi had been texting her non-stop since the episode aired because he was “upset” that she filmed “about the situation”. Kailyn feared that she was “going to get s*** for it” online because “I look messy, I look bitter, [and] I look petty.”

Jo then asked Kailyn if she was okay, to which she replied, “Lauren is probably a nice girl. It’s not her fault. I wish that I never did that, but it’s not my f***ing responsibility. Don’t do things if you don’t want them to [air on TV].” Kailyn then said she regretted the “s***storm” that she caused before vowing to “never” talk about something like that on camera “ever again”.

She likely regretted it even more so later, when she had to drop Lincoln off at Javi’s. Especially because Javi was “still upset” with her. But even though Javi didn’t really say anything about the situation when Lincoln got out of the car to greet him, Kailyn saw Lauren emerge from the house as she was pulling away.

“He’s pissed at me — I can tell by everything. I’m actually going to be done for the day. I can’t. I’m done filming,” she said to her friend, who was sitting in the passenger’s seat, as she quickly began panicking. “[Lauren] came out and said something about talking to her. This is like not good — what’s about to happen is not good.”

It’s not clear what happened next, but we suspect Lauren may have confronted Kailyn. Either way, we know that Kailyn later apologized to Lauren online, Javi got emotional during an Instagram Live video, and Lauren posted a cryptic message about the “ending” of something. Perhaps next week’s season finale will show how that all transpired.

In other Teen Mom 2 news, Leah Messer stepped in when tensions between the twins boiled over (one threw a suitcase at the other), Jade Cline attempted to rebuild a positive co-parenting relationship with Sean (but he later smashed her dining room window), Chelsea Houska halted filming after MTV required that her kids get tested for COVID-19 three times per week, and Briana DeJesus argued with Devoin after Nova claimed he dropped her off at practice late.