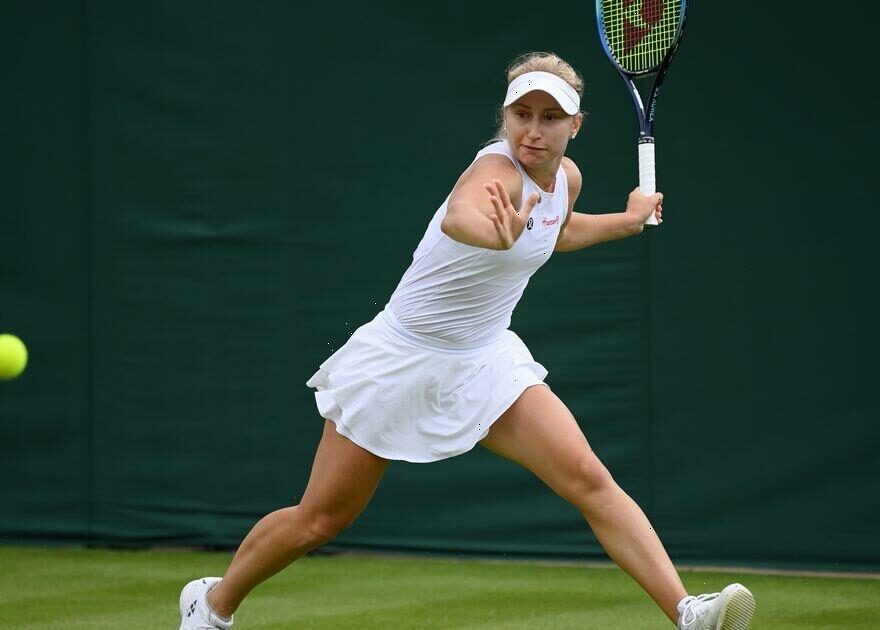 As the oldest tennis tournament in the world,Wimbledon is steeped in tradition. As part of this, many avid sports fans may be aware that all competitors must stick to the all white dress code in order to participate.

According toWimbledon’s official website, the tournament’s rules state that players are expected to wear clothing that is “almost entirely white”, with the guidelinesdating back to the Victorian era where it was believed that white showed less sweat.

And while the strict dress code may restrict what the players can and can’t wear, it’s got fans asking one question in particular – what happens if a player comes on their period? Australian player Daria Saville has taken to TikTok to address the issue. Posting a video to the site, she wrote: “periods are just stressful” followed by a red heart emoji.

Kickstarting the clip, the 28 year old explained that in the past she has used the pill to stop her from getting her period while on the court.

“I’ve played Wimbledon a few times,” she said. “A few years back while I was still on the pill I decided that I was going to skip my period because I didn’t want to deal with the stress of my skirt bleeding through during the match.”

The professional player went on to detail a time where she’d been caught off guard at the Australian Open and discovered that her period had started while she was playing. “One time I got my period mid-match. It was actually 10 years ago, I’d just qualified for my first ever Grand Slam. I'm playing the second round at the Australian Open, it’s super super hot like 38 degrees,” she said.

“I lost the first set and I went to the bathroom just to find out that I got my period. In women’s tennis we can only have two toilet breaks.

“Luckily we had a female umpire so I explained to her the situation and I didn’t have tampons so she had to call for people to bring out some tampons for me. I went back to the bathroom and did my thing.” The traditional white dress code hasallegedly left some female tennis players going braless during their matches. As the rules apply to undergarments too, even bras must be white.

“Any undergarments that either are or can be visible during play (including due to perspiration) must also be completely white except for a single trim of colour no wider than one centimetre (10mm),” Wimbledon’s website reads.

With Wimbledon drawing to a close later this week,celebs including Kate Middleton, Prince William, Ashley Roberts and Sienna Miller have all been spotted enjoying the festivities.