Teresa Giudice reveals she had a nose job: ‘It made me feel better’

Teresa Giudice ‘had no idea’ Luis Ruelas was going to propose

Teresa Giudice was freed from prison, but her libido stayed locked up.

The “Real Housewives of New Jersey” star revealed on the Peacock spinoff “The Real Housewives Ultimate Girls Trip” that she “felt nothing” for now-ex-husband, Joe Giudice, after they both finished their sentences for fraud.

“I hate to even say this, but one night, he laid on top of me but without clothes on, and he was trying to kiss me, and I just couldn’t even open my mouth,” she recalled.

“I was so disconnected.”

Teresa, who is now engaged to fiancé Luis Ruelas, added in her confessional that she “never” thought her marriage to Joe, also 49, would end in divorce.

“I thought we’d be together forever, but our marriage could not survive that,” she said.

The show also saw Teresa and Melissa Gorga reigniting their age-old feud about how the latter reality star ended up on “RHONJ.”

“Andy [Cohen] called me and said, ‘Your sister-in-law won’t stop DMing me. She wants to get on the show,’” Teresa claimed after pot-stirrer Ramona Singer brought up the touchy subject. 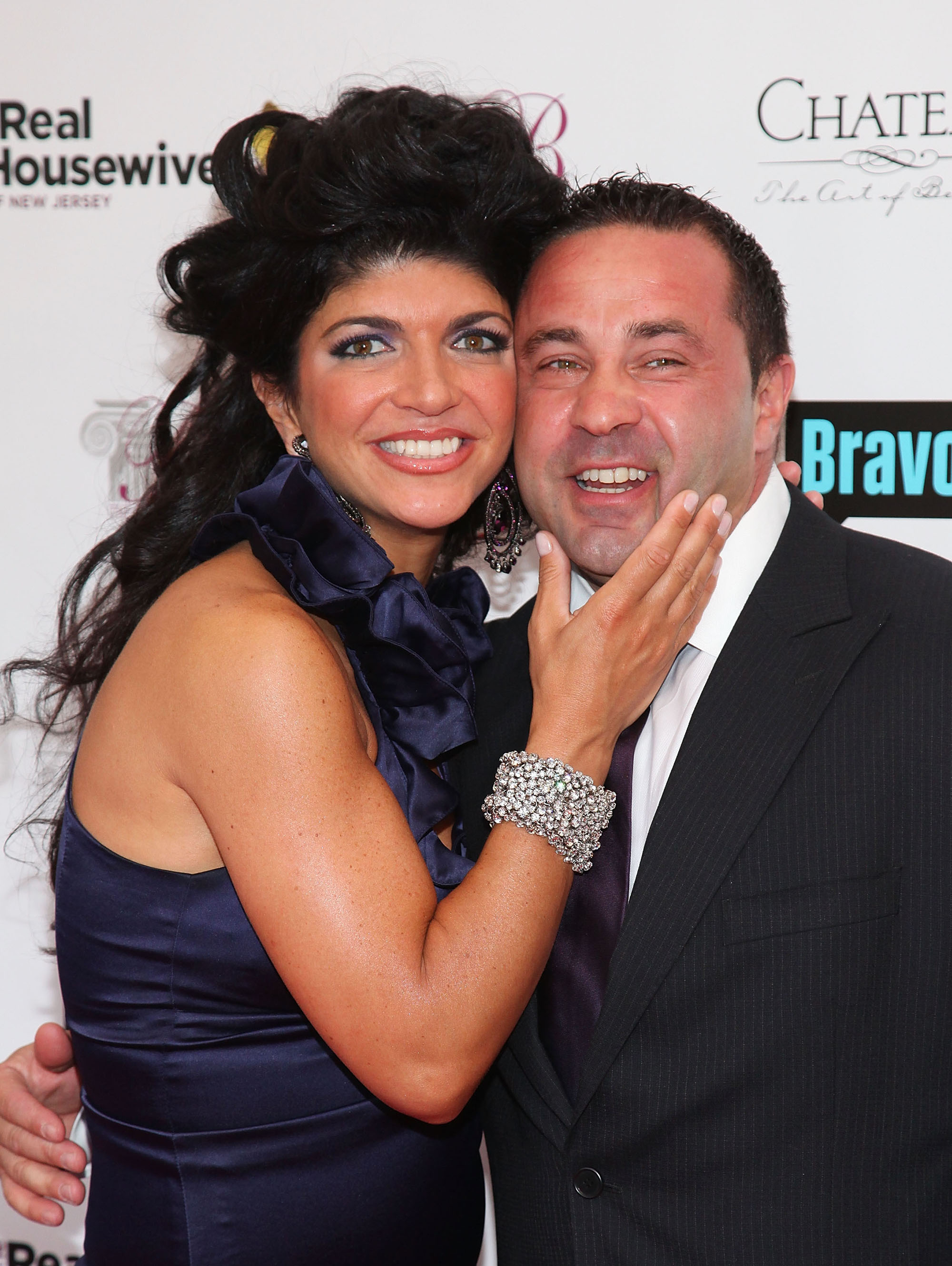 But Gorga, 42, remembered it differently.

“I never DMed him,” the “On Display” singer told the entire cast — which also includes Kenya Moore, Luann de Lesseps and Kyle Richards — during a group scene. “That’s what I’m telling you.”

Gorga explained that casting producers had reached out to her on social media, expressing interest in interviewing her to be a “Housewife” — two seasons after Teresa launched the show alongside Caroline Manzo, Dina Manzo, Jacqueline Laurita and Danielle Staub in 2009.

The Giudices, who share four daughters, separated in December 2019 after 20 years of marriage. They finalized their divorce in September 2020.