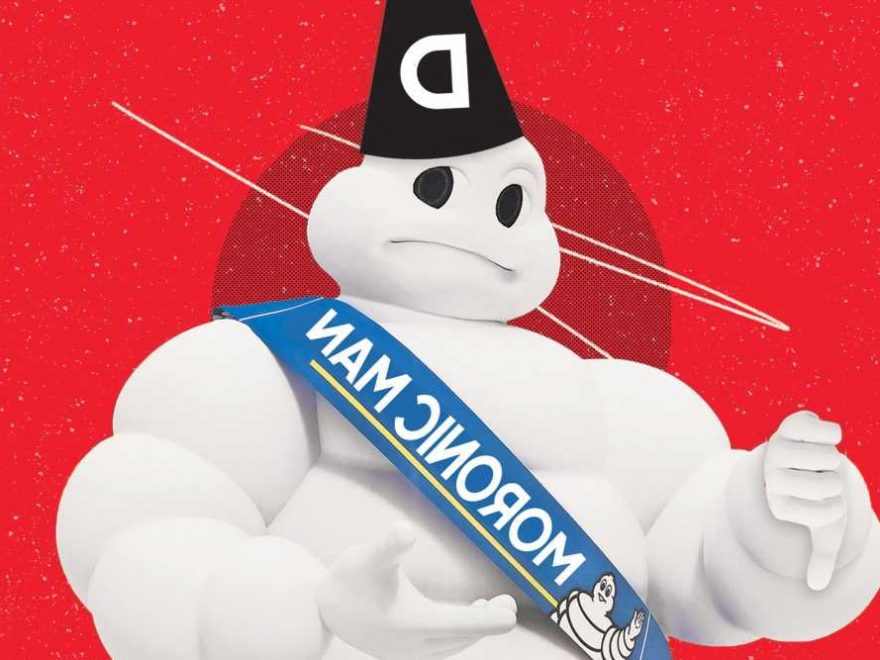 Century-old Textile Building set for a revamp that includes penthouse

The Michelin Red Guide, the only restaurant “bible” published by a tire company, needs to be retired.

Its New York City book — which released its star ratings online Thursday — has meant near zilch to anyone except Michelin-mad foreigners and ego-inflated chefs since it launched its hilariously error-strewn first edition in 2005.

The 2021 book is all that, and worse. Announced eight months later than the customary September or October release, its star ratings for 68 eateries are as out of date as a Howard Johnson’s paper placemat menu — and about as useful.

Michelin should have waited until this coming fall to bless Big Apple diners with its imperious, anonymously compiled twinklers. Instead, it plunged ahead with star rankings that might not reflect reality after the most tumultuous restaurant-industry upheaval in history.

But of course, Eleven Madison Park will be a completely different restaurant than it was when Michelin last visited when it reopens on June 10 with an all-vegan menu after a 15-month shutdown.

Even without 180-degree concept reversals, no restaurant in town has been reopened long enough to properly critique as they grapple with unprecedented upheavals to the dining scene.

Take with a grain of sel Michelin’s claim that some inspections were done since recent indoor reopenings. One-star Bâtard wasn’t likely among them: It reopened exactly two days ago on May 5. Certain other important places on which the guide bestows stars actually remain closed — among them, the Modern, Le Jardinier, the Clocktower, Le Coucou and Blanca.

The restaurant world hasn’t been normal since March 13, 2020. Most places served only outdoors, if at all, until two months ago. The tire-testers likely couldn’t have experienced many menus since February of 2020. Often chaotic and improvised outdoor service doesn’t count.

Among those back in business, few can be their former selves after mass staff turnovers, ever-changing state and city rules, and the loss of many customers to the Hamptons and beyond.

Since the March 2020 shutdown, major publications have held off on giving star ratings for a simple reason: It’s unfair both to readers and restaurants to subject places to unforgiving micro-scrutiny when chefs and employees are doing their best just to get by in extreme circumstances.

But to Michelin, all’s fair in a pandemic. Bon appétit!