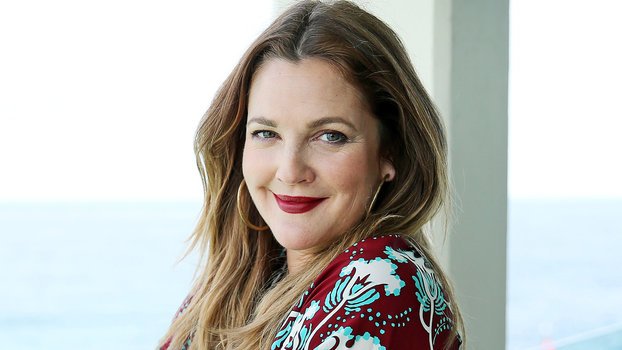 Drew Barrymore doesn’t have a lot of time on her hands.

As an actress, beauty boss, producer, and a mother of two, the multi-hyphenate is always seeking ways to better herself without adding to the laundry list of commitments she keeps.

Enter: EMSCULPT — a non-surgical, FDA-approved body-sculpting procedure that supposedly builds muscle in the area of your choosing (abs, arms, or buttocks). When targeting the abs, each 30-minute session packs the proverbial punch of 20,000 crunches, according to the brand. Barrymore, an early adopter of the lifestyle service, cheekily refers to it as her “new boyfriend.”

But Barrymore insists that EMSCULPT isn't about “cutting corners” in her workout routine. She told InStyle that the service is more of an empowering stepping stone in her overall fitness than a way to fast-track a six-pack.

“I'm just able to exercise in a whole new way,” she began. “Health and wellness was third, fifth, tenth priority in my life, because I have two kids, and I'm working all the time, and I just wanted health and wellness to have the same level of time and priority that everything else gets [that’s] put on the front burner."

"I'm not trying to fit in a bathing suit, I just want to feel good in my life … and I couldn't get there, no matter what I did or tried," she went on. "In fact, I just kept getting injured, and sidelined, and frustrated. This has been the catalyst for me. And I've been doing it regularly. I love it.”

Since beginning treatments, Barrymore says she’s been “able to exercise in a whole new way,” which, of course, begins with her core. The actress, who paints a vivid picture of her pre-EMSCULPT core as “dead like a carcass left on the side of the road with vultures picking on it,” is now “at a completely new level.”

“All the sudden, I'm able to plank. Everything is different because I have this awakened core,” she gushed. "This has been a game changer for me, because I'm getting out there, I'm working out, I'm exercising, and, oh my God, the mental stability, it's amazing.”

And though Barrymore is among few public figures who’ve endorsed EMSCULPT, she assures us that “all the cool girls are doing it.”

“They will remain nameless because that's their business to talk about, but I asked all of my cool friends who are super in-the-know, chic, amazing, people I totally respect and trust, and they're all doing it,” Barrymore confided.

Though she now has a stable workout routine, Barrymore disclosed that her relationship with food hasn't always been healthy — and that's due in part to (self-imposed) pressure from her work. To play the flesh-eating heroine on the Netflix comedy Santa Clarita Diet (which was recently canceled after three seasons), Drew said she “wanted to look a certain way,” which led to extreme dieting. “I would have to diet so hard that, as soon as the show was over, I'd gain it all back, because I would just be so excited for food again, and that is not balance. That's extremes. And I hate extremes,” she told InStyle.

Barrymore, who relatably mentions her love of pasta no less than five times during our 30 minutes together, isn’t aiming to become a vegan fitfluencer, she’s simply seeking balance — "that beautiful, elusive bitch."

"I would love to harness her, I would love to ride her like a horse down the beach,” she says of balance (the elusive bitch). “If I drank less wine, I'm sure I'd be thinner, but I do enjoy it. I think I'm always going to be the kind of person who is trying to achieve that elusive 80-20 — that balance that everybody talks about that's so ultimately hard to achieve, but can be achieved. It's like Frodo with the brass ring.”

She continues, “I wish I could eat pasta every day, all day long. I can't. I'm not genetically built that way. But I do notice more people who exercise get to eat more of what they want. That's just a fact. You're burning it. I get to exercise the emotional demons and eat a little more? That is all the carrot on a stick I need.”

Though “perfect” isn’t the goal when it comes to Barrymore’s lifestyle, it is the term that first pops into my head in regard to her skin. No, seriously. The Flower Beauty founder is naturally “obsessed with skincare” and relies on DIY products in lieu of more time-consuming treatments. “I don't have time to get massages, and manicures, and facials. I wish I did, but I don't,” she explains. Instead, Barrymore follows a regimen that includes Biologique Recherche’s Crème Masque Vernix (“It's so sticky, it's like honey that you just leave on your face, and it makes your skin so supple”), a Juara exfoliant (“You can actually leave it on like a mask, and it totally shrinks your pores on the spot, visually”), Clinique acne gel (“Every time I get a spot, I just dab a bunch of it on there, and it kicks its ass”), and a Sisley lip mask (“That's my big indulgence. It’s the most hydrating, it has the viscosity of the heavens. I love it so much”).

Though she's all about topical treatments, cosmetic surgery is where she draws the line in her beauty and skincare routine. “That, to me, is a rabbit hole I don't want to get stuck down,” she explains. “Because I just think you'll keep tinkering until you look like Jocelyn Wildenstein, which, I love her, but I know, for me, I think the best thing I can do is work on what I have, not try and get something I don't have. There's a reason for everything, and this is the container I'm dealt, and I just want to appreciate it and not be so mean to myself all the time, because women do vile things when they look in the mirror.”

On the rare occasion that Barrymore isn’t working or working out, she’s spending time with her daughters Olive, 6, and Frankie, 5, whom she shares with ex-husband Will Kopelman. The girls, who eat “really healthy,” aside from the occasional bowl of macaroni and cheese (which Drew makes sure to do “poison control testing on”), take after their mom in more ways than one. “They would love a stage, and a microphone, and a spotlight, for sure,” Barrymore says, but it will be quite a few years before they have the opportunity to pursue a career in the public eye.

My girls. I try not to post them (protective mom) but Mother’s Day feels strange without it. So here is a pic of them many years ago. But I love it because they are together !!!! I love when we are all together! They are my entire world and I love this day. Seeing both Grammy Coco and Grammy Jaid. And Aunty Jill, uncle harry and ivy and fletch, the silly cousins. Never did I think I would have such a full family. The dream came true. And like all dreams, they are perfectly imperfect! As long as you can be yourself. And celebrate everyone for who they really are! That’s what Mother’s Day means to me! Everyone gets to be themselves and loved all at the same time!

“I'm very protective of them,” she explained. “I don't want their faces anywhere, and it's hard when any picture does get out of them — it upsets me a lot. I don't put them on my social media. My daughter wanted to come to work with me earlier today, but we were going to a show where I knew there were photographers, so I didn't want her to be photographed. So, yeah, I'm like a mama lion. I want my girls to be as protected as possible.”

And though she’s shielding her daughters from growing up in the spotlight the way she did, Barrymore has endless empathy for fellow child stars. In fact, she and Justin Bieber worked together to produce a line of t-shirts bearing images of Barrymore’s face for his fashion line, Drew House.

“I love people who have had to figure themselves out right in front of everybody,” she says of her affinity for the singer. "I love him. I’m super supportive of the Drew brand and I give him all these images and we talk on DM and I send his wife [Hailey Bieber] all this Flower Beauty. They’re just lovely."