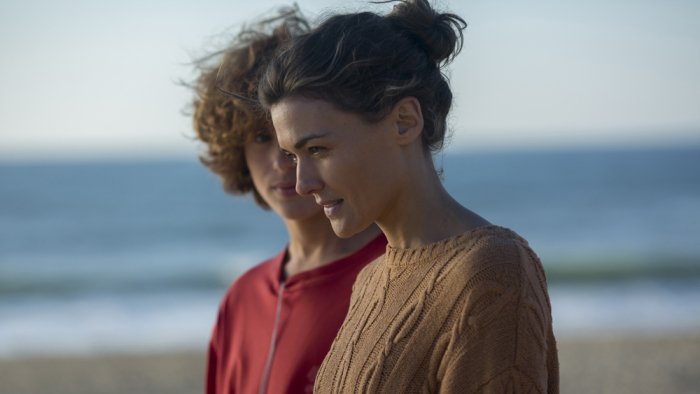 There are two kinds of “what if” story. One plunges viewers into an immediate, all-too-imaginable situation, and invites them to consider how they might act and react; the other casts us into realms of uncanny uncertainty, inviting us to consider the world as we don’t quite know it. Rodrigo Sorogoyen’s Oscar-nominated 2017 short “Madre” was an expert example of the former, placing us inside the head of a single mother freaking out over a phone call from her young son, who’s abandoned and imperiled on an unidentified beach neither she nor he can pinpoint. A parent’s worst nightmare of the most tightly wound order, it seemed an obvious candidate for feature treatment. Yet Sorogoyen’s teasing, technically vertiginous and identically titled expansion is a wide, whopping curveball, very much in the other “what if” camp — what was a palpitating mystery gives way to a kind of metaphysical love story, eliding the roles of parent, child and lover.

Only select distributors and audiences will be in the market for a languid puzzler that begins as out-and-out thriller and finally lands in roughly the same sad, shattered family as François Ozon’s “Under the Sand” and Jonathan Glazer’s “Birth” — if not as pristinely shaped and considered as either of those examples. Overlength is a considerable debit in a two-hour-plus film that ultimately hinges on such a delicate, capricious narrative conceit: Can you build a relationship with someone merely because they remind you of someone else? In a quiet, tremulous drama short on firm answers, Sorogoyen’s directorial technique is often the most boldly assertive thing here, with its stark framing, manipulation of space and restless, kinetic use of wide-angle Steadicam. As such, despite its generally offbeat nature, “Madre” could double down on Sorogoyen’s post-Oscars profile boost to net him bigger genre assignments.

The new-model “Madre” doesn’t just riff on the original short, but uses it as its literal starting point. Included in its entirety at the outset, the short — wholly set in the Madrid apartment of Elena (Marta Nieto), as she fields the horrific phone call from six-year-old Ivan (Álvaro Balas) — plays just as heart-stoppingly this time round, though now it’s a mere prelude to a calmer emotional inquiry. Ten years later, Elena is no longer in Spain, but has moved to a sleepy French seaside town near Biarritz, on the same stretch of coastline where Ivan went missing. It appears that he was never found, alive or dead; whether Elena has moved there to keep the investigation aloft, or simply to feel closer to his spirit, is one of many things she keeps to herself. Despite a solid, sympathetic boyfriend, Joseba (Alex Brendemühl), and a busy job managing a beachside restaurant, she seems to be living a husk of an actual life, waiting in limbo for answers that may never come.

Yet something sparks inside her when she spots 16-year-old Parisian vacationer Jean (Jules Porier) on the beach one day, even if she daren’t quite explain it to herself: His gangly frame and copper mop of curls remind her so viscerally of Ivan that she feels compelled to stalk him on his way home. When he turns up at the restaurant later, some innocuous small talk between them leaves her even more fixated, yet Jean, too, seems drawn to this enigmatic, sympathetic older woman. As the summer days drift by, Elena and Jean make ever more tenuous excuses to spend time together, to the clear bemusement of his respectable parents (Anne Consigny and Frédéric Pierrot) — and to the growing unease of the audience, as we try to piece together from irrational impulses and oblique allusions just what exactly is going on here.

Does Elena, against all possible logic and evidence, genuinely believe that Jean is her son, or does she just take comfort in an imagined projection of him? Is Jean, for his part, adolescently aroused by the attention of an attractive adult, or does he sense some manner of deeper spiritual connection with her too? Sorogoyen’s airy script, co-written with Isabel Peña, keeps all these ideas in play, perhaps to a nebulous fault, as Elena and Jean are drawn into an us-against-the-world alliance that, from one angle, looks disconcertingly like a love affair. As the storytelling floats between possibilities, Nieto’s excellent performance, an exercise in guarded, rubbed-raw devastation, is a constant; Porier, a film-stealing standout on his debut in Anne Fontaine’s “Reinventing Marvin” two years ago, likewise gives this coolly conceptual film some warm, messy human texture.

The amorphous nature of their relationship is atmospherically represented by Álex de Pablo’s distorting, disorienting camerawork, which renders ordinary spaces either claustrophobic or cavernous. (The rhythmic, heavy-weather roar of Fabiola Ordoyo’s sound design is an equally unbalancing asset.) Often, Sorogoyen and de Pablo fix Elena in the frame as a kind of mast in an otherwise seasick panorama — though the stability or reliability of her perspective is open to question.

“Madre” is an equivocal, splintered film by design, so full of interesting, broken-off ideas and emotions that it’s hard to foresee a satisfactory ending to it as it plays. Sure enough, after so much hovering, slow-burning examination of an impossible situation, Sorogoyen flails in the final stretch, putting too much of a bow on some breezy ambiguities, and lurching into melodrama that doesn’t feel true either to the characters or the premise. Credit Sorogoyen, however, for his ambition and audacity in expanding what could have been a far more basic tension exercise: This is not a direction anyone could have seen coming from the original short, the unresolved mystery of which still shivers through the new film’s layers of confusion.