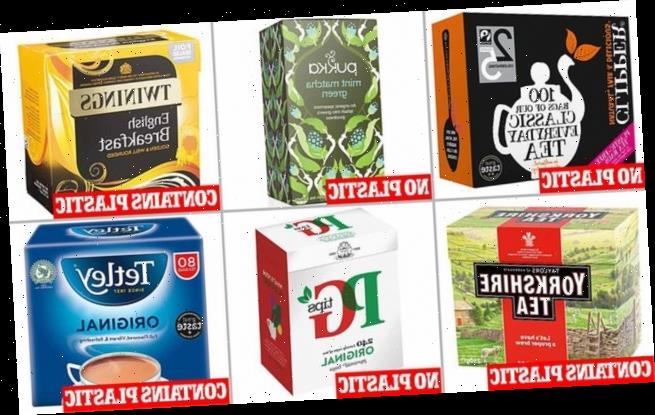 The hidden plastics in YOUR teabags revealed: Twinings, Tetley and Yorkshire Tea ALL contain non-biodegradable materials which could take hundreds of years to decompose, study reveals

British people are known around the world for their love of tea, with 100million cups consumed across the UK every day.

But Britons may want to think twice about which brand they buy after tests revealed that Twinings, Tetley and Yorkshire Tea bags contain the plastic polypropylene – which is unlikely to degrade for hundreds of years.

By contrast, the experiments at the University of East Anglia, which were featured on BBC show War on Plastic, showed that Clipper, PG Tips and Pukka tea bags do not have any plastic in them. 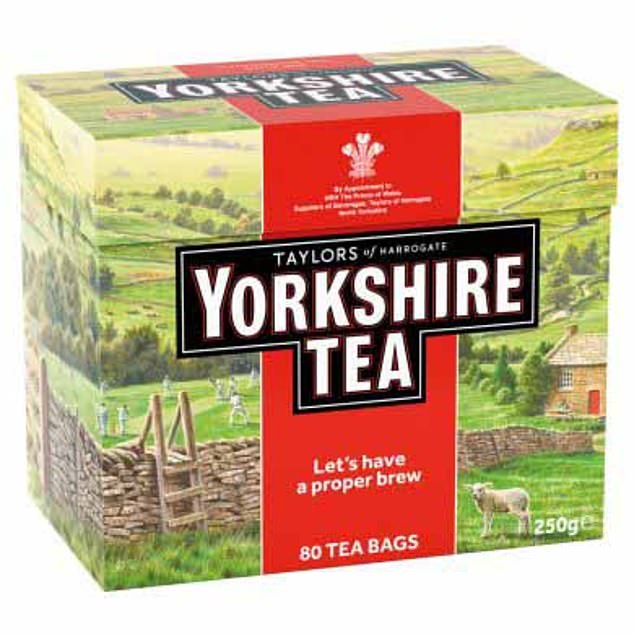 Tests revealed that Twinings, Tetley and Yorkshire Tea bags (pictured) contain the plastic polypropylene – which may not degrade for hundreds of years 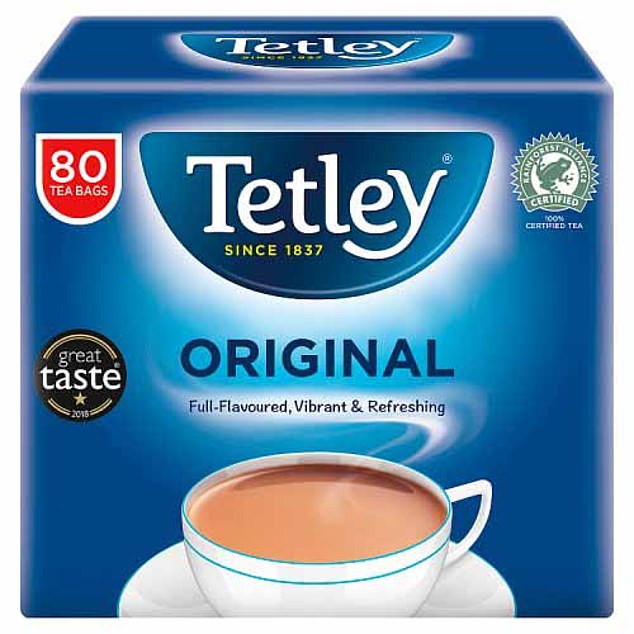 The brands were tested by scientists at the University of East Anglia, to see if their bags contained plastic. Tetley (pictured) was one of the brands to fail the test

All of the brands were tested in the show earlier this month – which is presented by Anita Rani, 42 – to see which of them contained non-biodegradable plastic.

A tea bag from each brand was placed in a solution of copper ammonia – which dissolves any material apart from plastic – for five days.

The liquid was then put through a sieve to see if any plastic was remaining. The researchers, led by Dr Andrew Mayes, then revealed which brand had passed the test on the programme.

The first to be put through its paces was Clipper, which boasts on its packaging that its bags are plastic-free.

True to their word, the Clipper bag dissolved entirely, meaning it has no plastic in.  The same could be said for both PG Tips and Pukka. 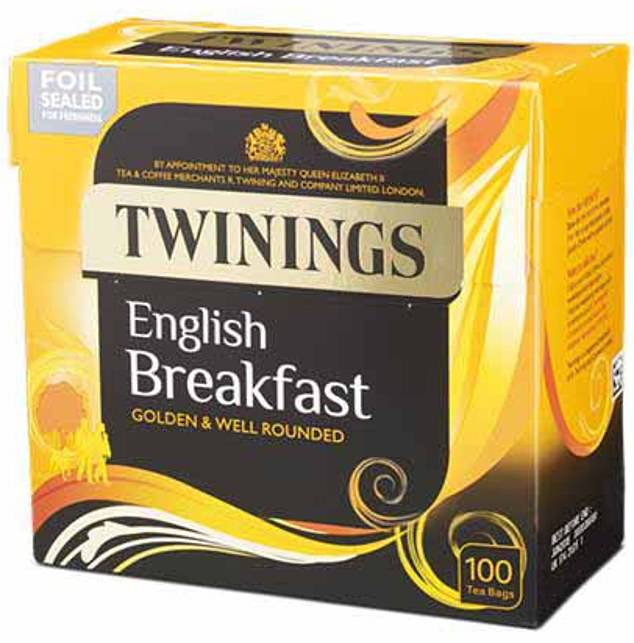 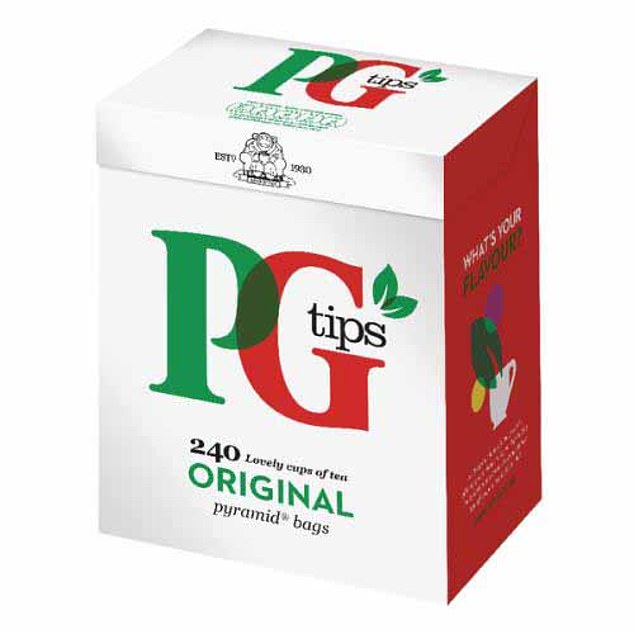 By contrast, PG Tips tea bags were found not to contain plastic. The same could be said for both Clipper and Pukka

However, in the test tube which contained the Twinings tea bag, a ‘plastic skeleton’ which looked much like a tea bag had remained and was pulled out with tweezers.

Dr Mayes said: ‘It’s dissolving away the papery part of the tea bag so that we can see the plastic skeleton that’s inside it.

‘As you can see, other than being a bit more transparent and fragile-looking it’s like a tea bag.’

Ms Rani said she was ‘shocked and surprised’ by the finding. Her surprise grew when the Tetley bag was also found to be made from plastic.

The presenter then herself checked the tube which the Yorkshire Tea bag had been put into. 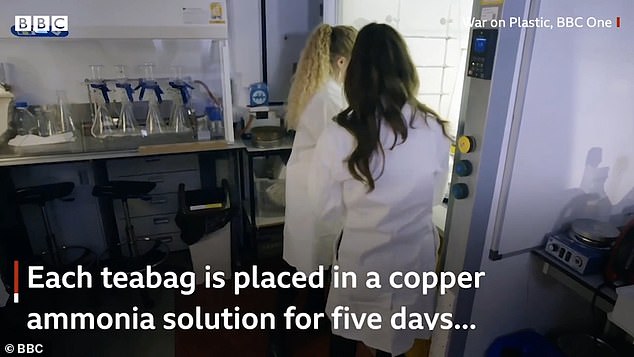 Presenter Anita Rani, 42, accompanied the scientists as they covered the tea bags in copper ammonia – which dissolves any material apart from plastic – for five days 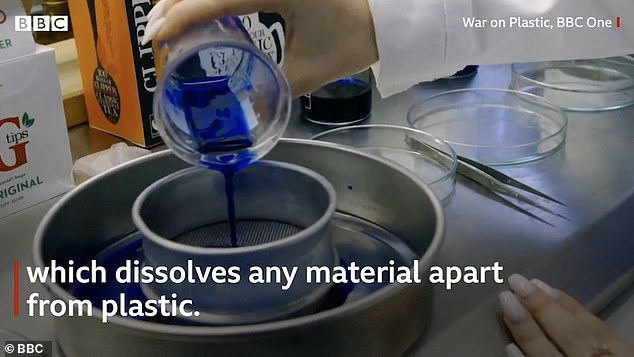 ‘Oh gosh, look at that. This is not a good result for Yorkshire,’ she said.

Dr Mayes said polypropylene is a plastic which ‘probably will survive in the environment for for hundreds, thousands of years.’

When contacted by the BBC, Tetley, Twinings and Yorkshire Tea all said they will be switching to fully biodegradable bags by the end of 2020.

All three firms have been approached for comment by FEMAIL. 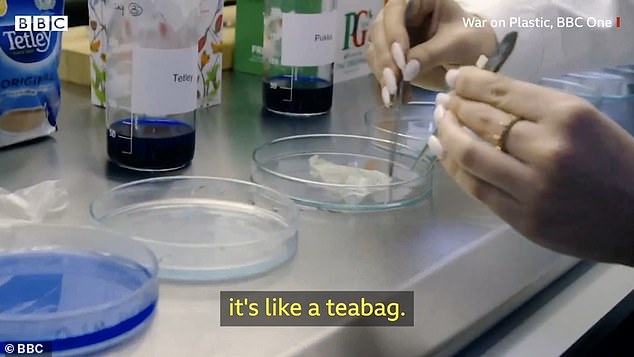 But Twinings was the first brand to fail.  A piece of plastic which had the appearance of a tea bag was left over

It comes after scientists at Canada’s McGill University discovered that plastic tea bags release billions of tiny fragments into the liquid when left to steep.

The plastic degrades with time, breaking down into tiny micro- and nano-sized particles than can be over 750 times smaller than the width of a human hair.

The researchers also found that water fleas exposed to the plastic debris from the teabags went on to grow abnormally and exhibit unusual behaviours.

The exact impact on humans of ingesting micro- and nanoplastic particles, however, is not yet known. 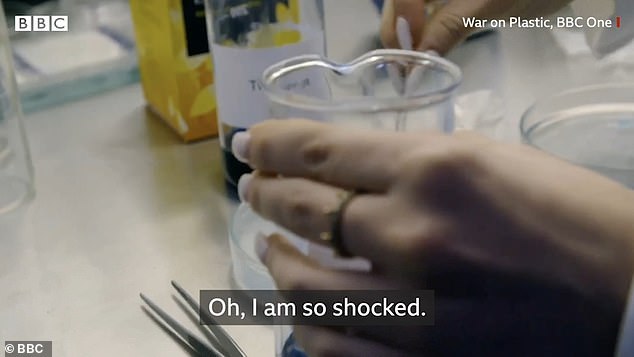 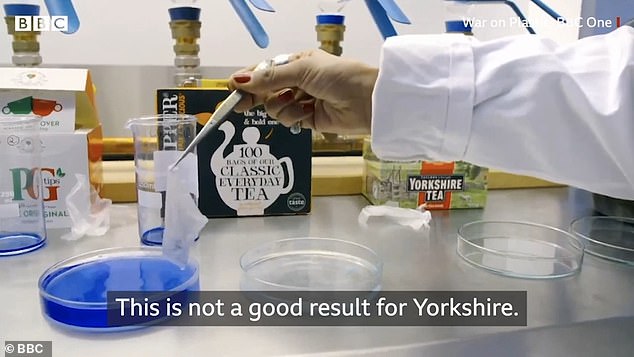 Last month PG Tips, which is owned by Unilever, announced that from next year it would be ditching all plastic packaging.

Its bags are made from corn starch and were first introduced on a limited range of products in 2018.

Unilever says that the new plant-based materials would provide retailers with a product that ‘shoppers are actively looking for’ and help the environment.

A Harvard Business Review survey found consumers were five times more likely to buy sustainable products, which has prompted many firms to start to change lines.