They’re two very different dancers from different countries, but they share a moment that changed their lives: an offer they were desperate to hear from The Australian Ballet’s artistic director.

For Russian dancer Maxim Zenin, it was a phone call.

“When I picked up, I heard an American voice on the phone that said ‘Max? It’s David Hallberg’,” he recalls. 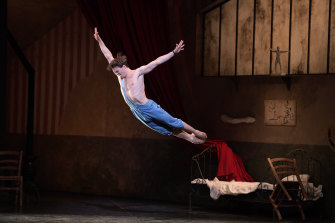 “[He] offered me a contract with The Australian Ballet and it arrived on my birthday.”

It was more than a job offer; it was a lifeline.

“When the conflict broke out in Ukraine earlier this year, I no longer felt safe in Russia, and made the decision to leave my country,” says Zenin, who has an extensive classical and contemporary repertoire having toured with Mariinsky Theatre throughout Europe and Asia.

“Even though I didn’t have anywhere to go, I knew I couldn’t stay in St Petersburg. I travelled with friends to Berlin where I was very thankful to Staatsballett Berlin for allowing me to do class with them.” 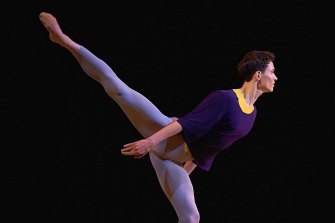 He sent messages to every major company in the world in the hope of finding a new place to continue his career. One day during class at Staatsballett, he received that phone call. He moved to Melbourne three months ago as a coryphee (a leading dancer of the corps), and says he’s heartened by the warm welcome.

“I’m delighted with the high level of the company and hope I’ll continue to develop and improve my skills so wonderful roles appear in my repertoire,” he says.

For Brit Joseph Caley, the invitation was less a bolt from the blue and more a drawn-out drama.

He was dancing the male principal in Raymonda, one of the most demanding in the ballet repertoire, at the London Coliseum. And he’d been told Hallberg was in the audience.

He knew he was auditioning for a life-changing move to Australia.

“It’s extremely difficult, that ballet,” Caley says. “It’s technically very hard and when I heard David Hallberg was watching, I was extremely nervous but luckily it came off pretty well.”

He is downplaying his talent – especially for pirouettes, which bring him wide acclaim. Following the “audition” there was a bit of back and forth … and next month he will take his place as a new principal artist with The Australian Ballet. It’s his long-held wish to join the company, having come close to joining in 2017 when he danced with the company in Sydney.

When he wasn’t offered a place, he returned to England and left Birmingham Royal Ballet where he had been for 12 years to join the English National Ballet.

“When David Hallberg took over and I heard a few of the male principals were leaving, I saw an opportunity and sent all my stuff to him,” Caley says. “Luckily, he came to London, saw me in Raymonda and I feel so lucky to have this opportunity.”

His wife, Jenna Roberts, is Australian and a former dancer who has been wanting to come home for some time, and Caley also has family in Queensland. It’s a big move to leave his home country where he grew up a shy boy in Hull, in north-eastern England, discovering his gift for dance at his sister’s ballet classes. He was more interested in football but was so successful in ballet competitions that he was accepted into the Royal Birmingham ballet school when he was 11.

“I didn’t necessarily want to be a ballet dancer at that point but I made a lot of really nice friends and, by the time I graduated, I’d gone from the bottom to the top of the class,” he says. “I’d just grown to love it.”

He favoured the classics until he worked with contemporary choreographers such as Akram Khan at the National and now enjoys both. That diversity also attracted him to The Australian Ballet.

“Working with more contemporary choreographers at English National Ballet has pushed my classical ballet to another level and I’m really looking forward to working with new coaches at The Australian Ballet, and especially David Hallberg,” he says.

“From what I gather, it’s quite a tough company and they work hard doing lots of shows, but I’m ready and up to the task.”

Caley and Zenin are among 11 new international and local appointments joining the company this year.