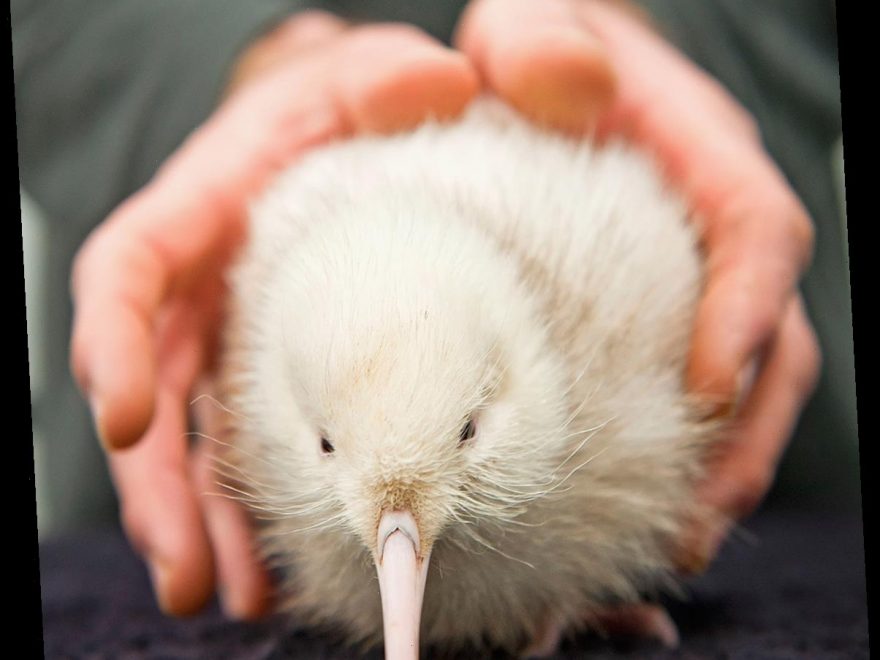 A rare white kiwi bird that was the first of its kind to be born in captivity has died.

The kiwi — named Manukura, which means "of chiefly status" in Māori — died on Sunday, according to a social media statement from the Pūkaha National Wildlife Centre.

"It is with great sadness we announce the loss of our dear friend Manukura," the statement from the wildlife center, which is located in New Zealand's Tararua district, began.

The wildlife center discovered that the animal was "not eating and losing weight in early December 2020." In response, Manukura was taken to a hospital where doctors "operated to remove an infertile egg that had become stuck and unable to be passed naturally." Further surgery was required to remove Manukura's oviduct and most of her left ovary.

"The surgeries went well but were not enough to save the ailing kiwi whose health continued to deteriorate in the weeks following the operation," the statement added. "Manukura passed away peacefully at 12:50 pm on 27 December 2020 with rangers and veterinary staff present. She will be sorely missed. xx"

The kiwi was originally hatched at Pūkaha in May 2011, with a rare genetic trait that caused her to have white feathers instead of brown.  After she emerged from her egg, Manukura was touted as being "a huge blessing by Māori and local iwi Rangitāne o Wairarapa who saw her as a unifying symbol and a signal to help guide their future relationship with Pūkaha," Pūkaha National Wildlife Centre wrote in a statement, per Wellington.Scoop.

The statement added that white kiwis can exist in the wild, but they are considered to be very rare. Manukura is survived by her younger brother, Mapuna, who is currently part of Pūkaha’s captive breeding program.

"Manukura is very much a part of the Pūkaha family and we have always felt so blessed to have Manukura to help us to tell the Aotearoa’s conservation story," said Emily Court, Pūkaha’s General Manager, of the bird that also inspired a book by Joy Cowley.

Operations manager Kathy Houkamau added: "Over the past 10 years she delighted multitudes of people and in her own quiet way shone a spotlight on the precarious plight of kiwi in the wild. She will be sorely missed."