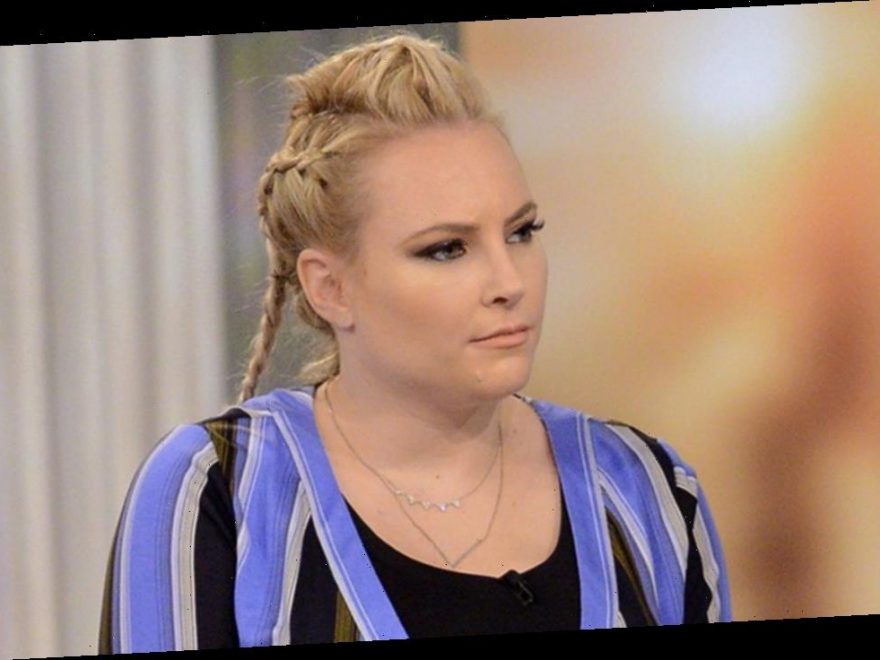 Meghan McCain is one of the popular personalities of The View. The conservative co-host is often making headlines for her opinions on the show. However, on top of the heated debates with her fellow panelists, she has been a trending topic for something different lately. McCain has been getting trolled on Twitter for her extravagant hairstyles on the morning show. After many memes poking fun of her, the Republican star is clapping back.

What is up with Meghan McCain’s hair?

McCain shares co-hosting duties of The View with Whoopi Goldberg, Joy Behar, Sunny Hostin, and Sara Haines. Viewers have noticed a change in McCain recently. The star has been coming on the show every single morning and delivering drama with her hair and makeup. She’s been changing it up each day and fans have taken to Twitter to express their thoughts.

“Uncanny,” a Twitter user posted with a side-by-side look of McCain and Zach Galifianakis.

The resemblance of the hairdo is truly “uncanny” and the tweet was shared and commented on by thousands.

Another Twitter user posted a variety of McCain’s looks and compared them to Kirsten Storms as her character on the Disney Channel movie, Zenon: Girl of the 21st Century.

A TikTok user made a video pretending to be McCain’s hairstylist and explaining each of her do’s for the day. The short clip was already liked by more than 28 thousand people and shared thousands of times as well.

After McCain noticed all the attention her hair and makeup were receiving, she took to Twitter to clap back at all the haters.

“People have a lot to say about me in general, but in regards to my hair and makeup… I’m just having fun switching it up, playing around, and experimenting. It’s COVID and I just had a baby, let a bi**h live,” she tweeted.

Meghan McCain is obsessed with ‘RHOA’

In other light-hearted news around McCain is her obsession and love for The Real Housewives of Atlanta. The Republican star recently gave a shoutout to all the ladies of RHOA for their most recent episode. Kandi Burruss organized a bachelorette party for co-star Cynthia Bailey that is about to marry Mike Hill.

Things got a little out of control when one of the male exotic dancer made the ladies hot and bothered. McCain said on the show it was a really compelling episode and urged everyone to watch.

“I think everyone knows I’m a Real Housewives superfan and if you want some good escapism, The Real Housewives of Atlanta… the night before last, had this incredible episode where some of the cast members slept with a male stripper,” she said. “Kandi Burruss threw this incredible bachelorette party. And it’s some of the most compelling reality television I’ve ever seen in my life.”

Burruss saw the clip of McCain praising RHOA and gave her and acknowledged it on her Instagram profile.

“Much love to The View, especially Meghan McCain for showing love to RHOA. I love that so many of you enjoyed the bachelorette party I threw. More parties coming your way soon,” Burruss wrote.