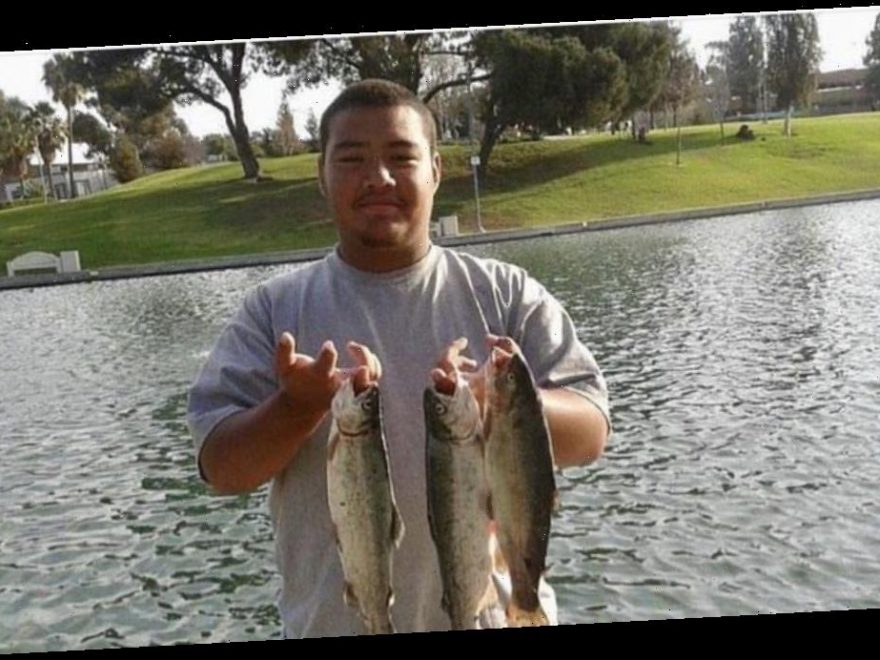 Anthony Vargas. Paul Rea. Sean Monterrosa. Andres Guardado. Their names are missing from the national conversation on police violence against Black and brown people, something their mothers are seeking to change.

“I think the misconception that people have with Black Lives Matter is that they only represent Black lives,” said Lisa Vargas, one of the Latina mothers seeking justice for their sons who were shot and killed by Los Angeles police.

The women allege their sons were targeted because of their ethnicity and police lacked motives for opening fire. The women said if their sons ran from police, it’s because they feared for their lives.

Some also alleged that some of the deputies were members of gangs within Los Angeles County Sheriff’s Department — a claim backed up by interviews with some current deputies. Sheriff Alex Villanueva declined to comment to CBS News, but has publicly stated that there is “scant evidence” of deputy gangs and that he has instituted a policy of “zero tolerance” for any deputy violence.

As is often the case in police shootings of Black men, law enforcement officers say they acted in self defense and thought the victims had a weapon. No one has been charged in the deaths of Vargas, Rea, Monterrosa or Guardado.

The families of the four men have vowed to keep seeking justice and have joined Black Lives Matters protests.

“Justice for me is a whole long list. Because not only is it these officers being held accountable for homicide, for a murder, it’s everybody else involved. I want the whole system cleaned out,” Lisa Vargas said. 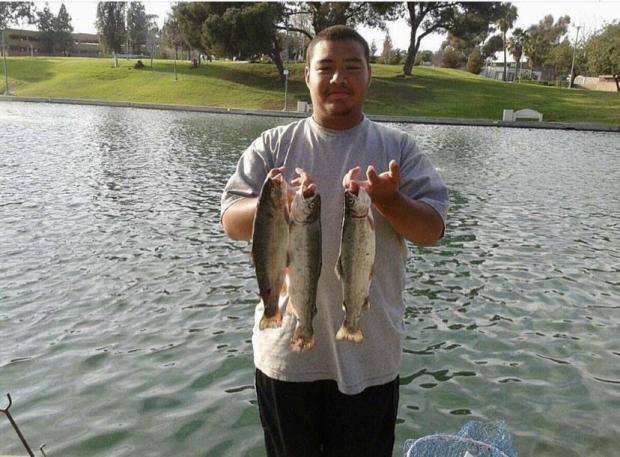 Vargas encountered sheriff’s deputies Nikolis Perez and Jonathan Rojas on his way home from a prayer circle and party. Police approached him after receiving a report of a robbery. Vargas ran. Police shot him more than a dozen times, claiming they thought he had a gun and was reaching for it. Lisa Vargas says her son did not have or own a gun.

The gun the deputies allege Vargas possessed was tested for fingerprints and DNA. Lab reports said “no latent prints were developed” and “a DNA profile was not obtained from the grip, trigger or trigger guard.”

There are also inconsistent reports about the positions of the deputies when Vargas was shot.

Lisa Vargas has filed a lawsuit against the individual deputies, the Los Angeles Sheriff’s Department and Los Angeles County. In response to the lawsuit, which alleges the deputies have connections to the Banditos gang, Rojas and Perez have denied being members or prospects of the Banditos and have denied all wrongdoing. The district attorney’s office concluded following an investigation that deputies acted lawfully. 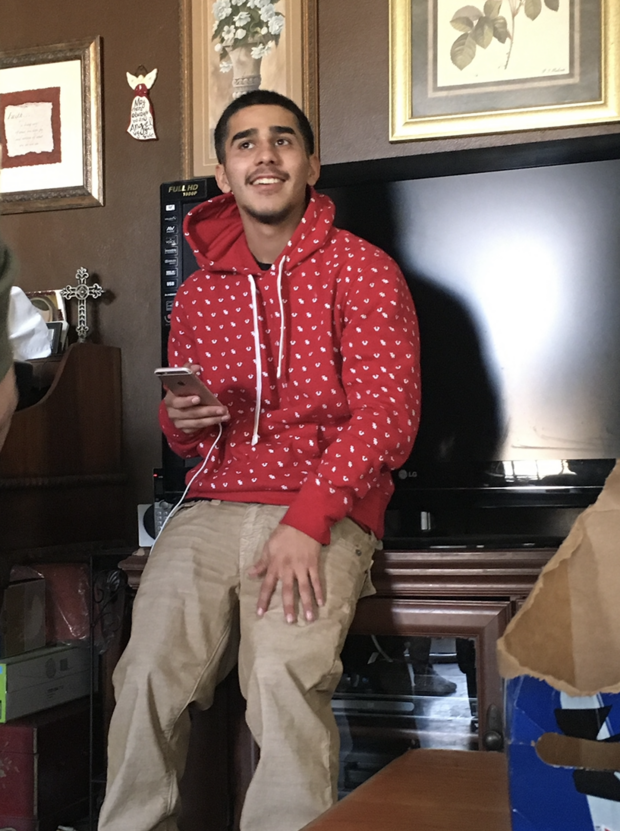 Paul Rea, 18, was driving with his friend Tommy Sanchez when they were stopped by two Los Angeles County sheriff’s deputies on June 27, 2019.

Sanchez, who was driving the car, said he and Rea were on their way back from a medical marijuana dispensary when they were pulled over.

“We pulled over and they came out,” Sanchez said. “They both had their guns out.”

Sanchez alleges one deputy told him that if he moved his hands off the steering wheel she would “shoot [his] head off.” He asked her why they had been pulled over and she said, “We’ll find out after we’re done searching,” according to Sanchez.

Sanchez was pulled out of the car and taken to the back of the patrol car while a second deputy, Hector Saavedra-Soto, began to search Rea. Law enforcement alleged Rea had a gun, which his mother, Leah Garcia, disputes. A report from the former district attorney claimed Rea, who was 5’1″ and weighed 104 pounds, punched Saavedra-Soto “very hard on the left side of the temple,” then ran.

“I know my son feared for his life, that’s why he ran,” Garcia said. “Not because he was guilty of something.”

Sanchez said Rea made it about four or five feet before the deputy grabbed him and started shooting. Rea died of a gunshot wound to the neck. Rea’s mother has filed lawsuits against the deputies, Los Angeles County and the sheriff’s department that alleges Saavedra-Soto is connected to the Banditos. Saavedra-Soto denied being a member or prospect of the Banditos, and denied all wrongdoing. The district attorney’s office concluded following an investigation that deputies acted lawfully.

“He wanted to take care of all of us all the time. But he was also so loving, so, so loving,” said his mother, who has filed lawsuits against the deputies, Los Angeles County and the sheriff’s department. 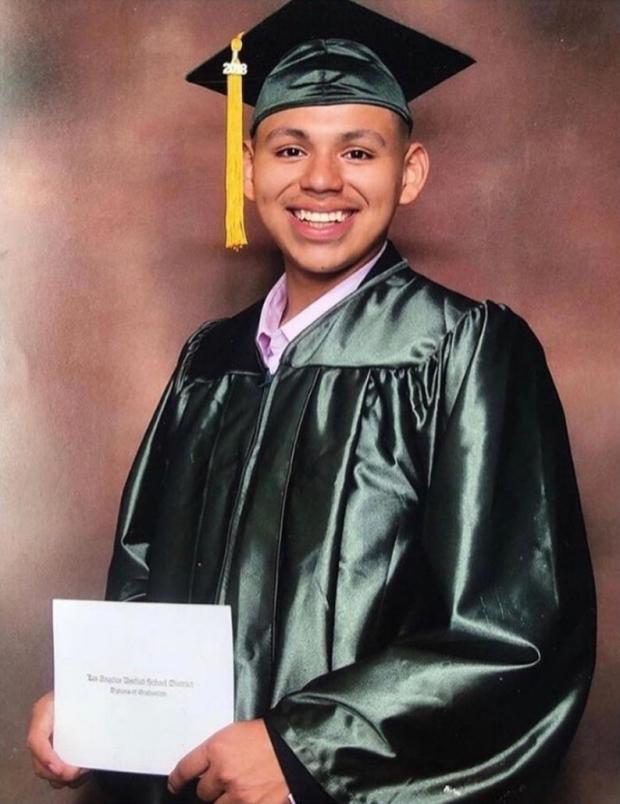 Andres Guardado, 18, was working as a security guard at an auto body shop when Los Angeles sheriff’s deputies shot him five times in the back on June 18, 2020. Elisa Guardado said her son was not wanted by police and didn’t have any issues with the law.

A video released by the sheriff’s department shows Guardado talking to someone in front of the shop when two deputies drive up and chase him. Deputies said they saw “a weapon in his waistband,” which led to the chase, according to the autopsy report. Deputies claimed Guardado reached for the gun during the chase and that’s when they opened fire.

“He never carried a weapon,” Elisa Guardado said. “He never had a gun.”

The Guardado family filed a lawsuit against the Los Angeles Sheriff’s Department, Los Angeles County and deputies Miguel Vega and Chris Hernandez, alleging the deputies’ actions “constituted an unjustifiable excessive use of force, were negligent and reckless and resulted in a needless loss of life.”

The county coroner launched an independent investigation into the shooting, but Vega, Hernandez and two other homicide detectives refused to answer questions and invoked their Fifth Amendment right against self-incrimination. The investigation is still ongoing and none has been accused of a crime, but Vega and Hernandez have been relieved of duty stemming from another case.

Said Guardado’s mother: “He was always in service of others.” 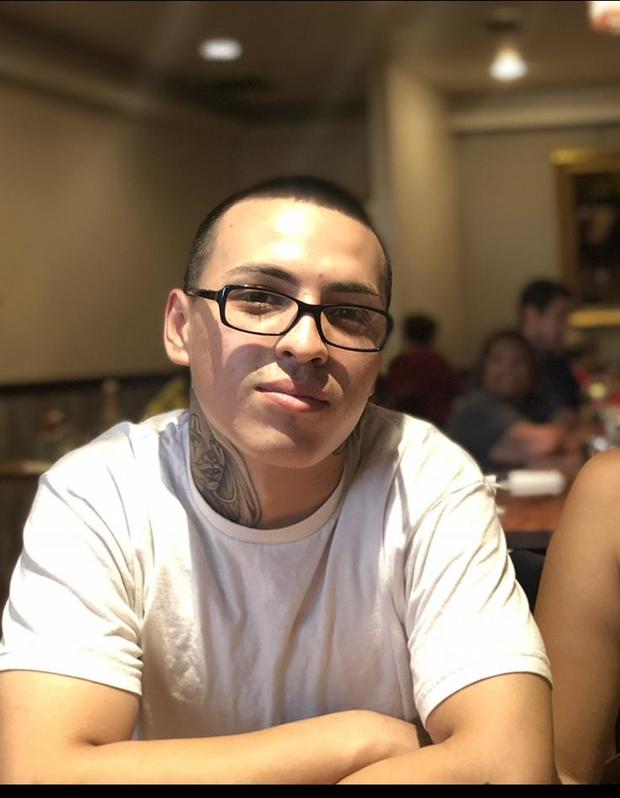 Sean Monterrosa‘s last text message to his sisters, Michelle and Ashley, asked them to sign a petition for George Floyd, a Black man who died when a police officer kneeled on his neck while he pleaded for his life.

Monterrosa, 21, was in the parking lot of a Walgreens on June 2, 2020, when the City of Vallejo police in Northern California received reports of the store being vandalized. Monterrosa was “on his knees with his hands being raised above his waist, with no object in his hands” when several patrol and unmarked cars arrived at the Walgreens, according to his family’s complaint.

“Jarrett Tonn was in the back seat of the pickup truck,” Ashley Monterrosa said. “Before the car had even stopped, he picked up his AR-15 and shot through the windshield five times.”

The bullets struck her brother in the head and neck and he was “lifeless instantly,” she said.

According to body cam video, the officers then questioned whether Monterrosa had a gun. His family said he did not own a gun. He did have a hammer in his pocket.

Monterrosa’s family has filed a lawsuit against the City of Vallejo and Tonn for damages, violation of civil rights and wrongful death. Tonn’s lawyers have said in court papers that his “conduct was motivated by a duty to ensure public safety.” The investigation into the shooting is ongoing.