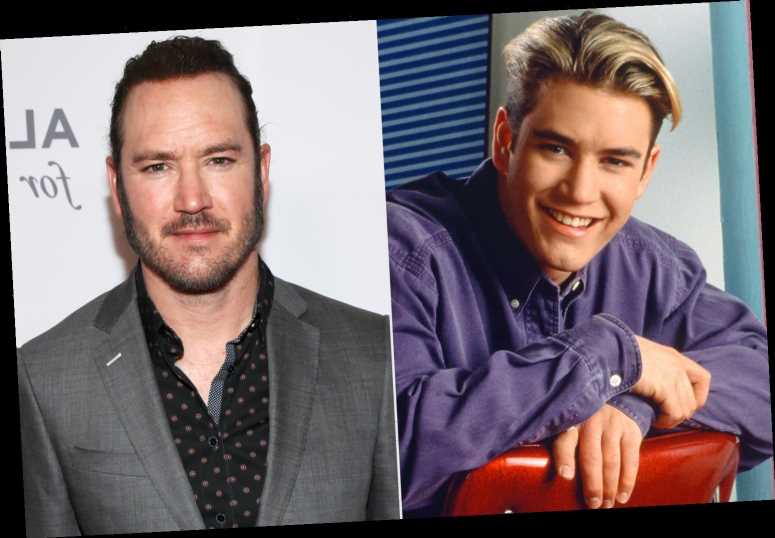 Although Mark-Paul Gosselaar entered the entertainment industry as a child, he doesn't want his kids following in his footsteps.

In a PEOPLE exclusive sneak peek at Soleil Moon Frye's upcoming Hulu documentary, Kid 90 (launching March 12), Gosselaar and the Punky Brewster actress recall the realities of growing up in the business — including the "rejection" they faced and being treated like adults when they were still kids.

"The rejection that you deal with as a kid, I thought it was pretty blunt growing up, like, the reasons for why you didn't get [the role]. They're like, 'Eh, they just didn't like your look.' 'Oh, okay. Yeah, I'll go process that,'" says Gosselaar, 47.

For Frye — who made the documentary as an ode to her childhood and teens in Hollywood and beyond — it was through reading her diaries that she realized how she was treated "more like a woman" than a young teen. "It was intense when I was young, but as a teenager it was a whole other level of crazy because I developed so quickly and men treated me more like a woman and not a 13-year-old," says Frye.

Gosselaar, who starred on Saved by the Bell from 1989-92, recalls a pivotal moment from when he walked on the stage of the comedy.

"The director was saying, 'The minute you walk through these double doors leading onto the stage, you're no longer a child anymore, you're an adult. You have to act like an adult,'" he remembers.

At the time, Gosselaar says he didn't "think much of it," but "we all know what that meant, is like, this is an adult business."

For the father of four — who is dad to sons Dekker, 7, and Michael, 17, and daughters Lachlyn, 6, and Ava, 14 — "that's one of the reasons" he doesn't want his children entering the industry.

"That's one of the reasons I don't want my children in it is because I don't feel it's a place for children," he tells Frye.

Speaking with PEOPLE for this week's issue, Frye said "so much was revealed" as she began diving into her old memories to make her intimate new doc.

"As I started going through it, so much was revealed," Frye, who is currently starring on Peacock's Punky Brewster reboot, said of Kid 90. "There was so much joy and love and bliss, but there was also so much pain. I had locked so much away because I didn't want to deal with it. But by opening up the vault, I was able to reconnect with who I really am."

Frye was just 7 years old when she shot to fame as Punky Brewster, the precocious and spunky title character of the hit 1980s sitcom. By her early teens, Frye was immersed in the young Hollywood scene and became friends with other young actors like Brian Austin Green, David Arquette, Mark Wahlberg and Gosselaar.

"It was like we were all in eighth grade together," said Frye, who began documenting her surroundings with a video camera "attached" to her side. "There was so much innocence and youth, but there was also a roller coaster of emotions."

She ultimately saw many of her friends fall prey to drugs and alcohol and dealt with the tragedy of loss, including the death of her friend Jonathan Brandis, who died by suicide in 2003.

"The greatest thing I can do now is carry those memories with me," said Frye. "It's part of my self-discovery. I'm raw and I'm emotional, but I am who I am."