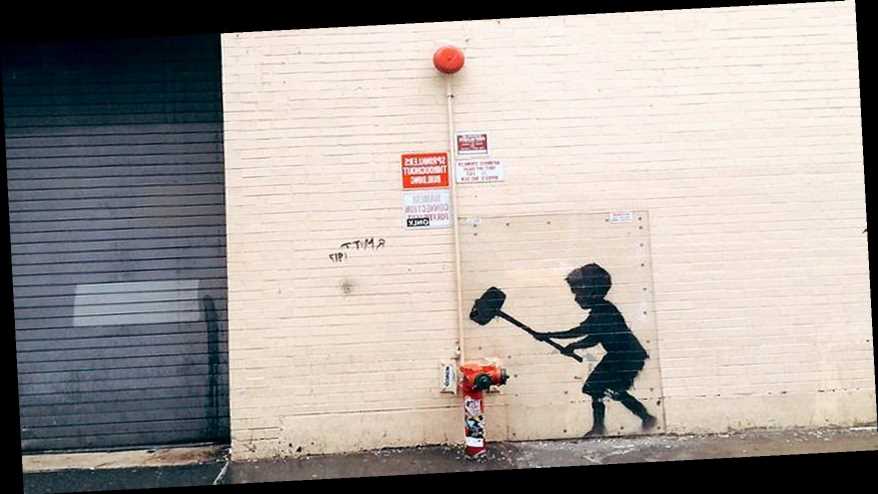 At the height of the pandemic’s madness, famously anonymous street artist, “Banksy”,  took to the streets of England to share his perspective of the shift in our lives. Now, after one truly tumultuous year,  one of the secretive artist’s graffiti opened our eyes and has been sold for $23 million, with all proceeds admirably going to funding the endlessly diligent health workers in the UK.

The now-iconic piece in question is none other than Bansky’s uplifting painting entitled “Game Changer”. The piece simply depicts a child playing with a doctor action figure, while Batman and Spiderman toys lay in the trash bin next to him. “Game Changer” was donated by the graffitist to the University Hospital Southampton back in May, according to USA Today  with a note that from Bansky himself that reads, “Thanks for all you’re doing. I hope this brightens the place up a bit, even if it’s only black and white.” Chief Executive of the University Hospital Southhampton, Paula Head boasted about the donation on her Twitter saying, “So proud to reveal this amazing piece . . . an inspirational backdrop to pause and reflect in these unprecedented times.”

The piece sold for double its initial estimate of £3.5 million (or $4.8 million) – making it Bansky’s highest-selling artwork. Though, the artist commendably donated a large portion of his $23 million profit to various health organizations and charities.

As England holds its place as the 6th most infected country in the world (with 4,312,908 cases and 126,382 deaths), Banksy is sure to continue crafting elaborate and thought-provoking art pieces to appear across England.  In July of 2020, the prankster tagged numerous underground trains with images of rats adorning face masks. These were ultimately taken down as quickly as they were put up for their violations of Transport for London’s dogmatic policies against graffiti. Banksy came back months later with another COVID-related piece. This time, he tagged the side of a home in Totterdown with a mural of a woman in the midst of a vigorous sneeze. Appropriately titled, “Aachoo”, the piece was verified to be of Bansky’s work on his Instagram. The post received more than 2 million likes.

Banksy began his career as a street painter in the mid-’90s. He was part of a Bristol artist collective called DryBreadZ Crew and quickly become a prominent fixture in the city’s underground art scene. Some work from his formative years can still be seen across the city. For instance, his first acclaimed piece, entitled “The Mild Mild West”, is displayed in all its transgressive glory on a wall of No. 80, Stokes Croft. The artist found much more recognition for his art when Grammy snagging, vocal powerhouse, Christina Aguilera purchased a bought a painting of his depicted a rather subversive image of Queen Victoria as a lesbian for a whopping £25,000. That’s equivalent to $34,234.12!