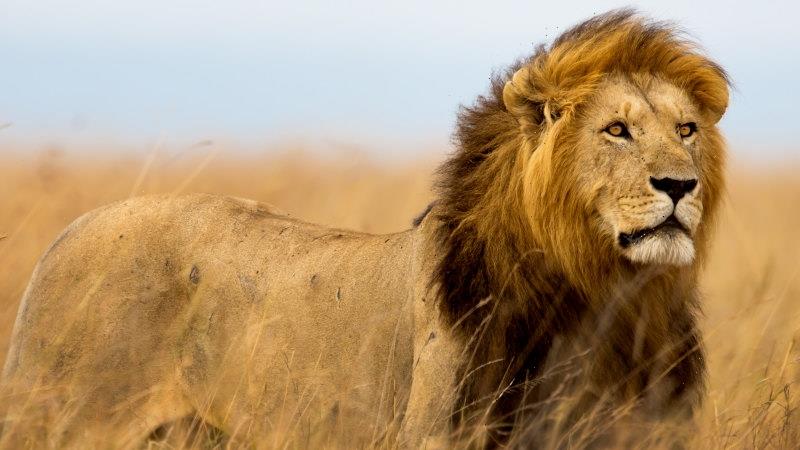 Robert Drewe was bugged by an African memory. The novelist couldn’t crack a grammatical puzzle from his past, where Zambians defied a key rule of English.

“The habit was intriguing,” he wrote to tell me. “Many white Africans, whether farmers, safari leaders or townspeople, would refer to plural animals in the singular. For example, they may say, ‘Look, there’s three lion over in those bushes.’ Or: ‘That tree full of monkey might steal your lunch.’” 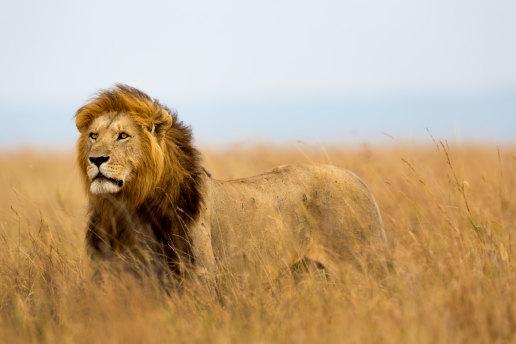 If a savannah guide warned you about the lion in the pampas grass, a precise number could be handy.Credit:iStock

Robert confessed, “I couldn’t wait to get home to my two dog.” Early on, I suspected Dutch ancestry, the seed of Afrikaans and a leaven of that colonial English. I threw some random animals into Google Translate – monkey, lion, antelope – to see what disguises (aap, leeuw, antilope) returned. Pluralising my menagerie, I met apen, leeuwen, antilopen.

Seems the Amsterdam pattern favours the -en suffix over our default -s, or the radical option of retaining the singular form, as Zambians love. Via one email, Robert Drewe’s headache was mine. Somehow the author of The Drowner had doomed me to paddle treacherous waters, bringing Apollo Bay to mind.

The town clings to the edge of the Great Ocean Road, a living postcard in the lap of Gadubanud country. Think beach and bush, plus a sign to capture this whole plural riddle. It stands on the road as you enter from the east, a blue municipal arrow pointing inland. Originally, the sign said MOTEL, until an invisible hand added an S to the noun.

Sensible vandalism, on reflection. Imagine arriving in the dregs of daylight, weary, disoriented. You see that message of a motel singular, and swing the wheel inland. You find the one motel implied and you stay the night, a week, while the rival motels along that strip slowly die for want of custom.

Clarity matters in a fair marketplace. If a savannah guide warned you about the lion in the pampas grass, a precise number could be handy, just as a motelier would appreciate being counted in the civic scheme of things. Lions and motels mean more than lion and motel – grammatically, as much as survival-wise. No doubt context will come to the rescue, but why risk it? I ditched my Dutch theory to circle back to antelope.

Like rabbits, the antelope is among those creatures who can adopt an S, or not. Elmer Fudd hates rabbit, whether that’s Bugs Bunny in particular, or the varmints en masse. He shoots rabbits, just as he shoots rabbit – the prey presented as a single resource.

Likewise, lions eat antelopes (many) or antelope (also, potentially, many). Viewed as game, many animals unify into an edible prospect: deer, moose, bison, salmon, fish. Some like rabbit or quail own either guise – just as Robert Drewe’s zebra can be either, both the animals and a day’s catch, when seen through the eyes of a hyena or an African hunter before game parks were invented.

The novelist warms to the idea, ping-ponging other examples across the ether. Grass-eaters as a cohort, he adds, seem to cop this commodity treatment, such as elk and buffalo. Farm animals too, if you consider swine and sheep, which don’t flinch a muscle in the plural.

Poet Les Murray, in The Names of the Humble, poses the provocation of “How do you say one cattle?” Answer: there isn’t one. Hence, Les argues, “Bush people say beast,” an alternative to benefit the maths of sale day. Just as motel owners like being tallied for the wayfarer, though lion (plural) probably take pride in keeping their numbers hush-hush.

To read more from Spectrum, visit our page here.