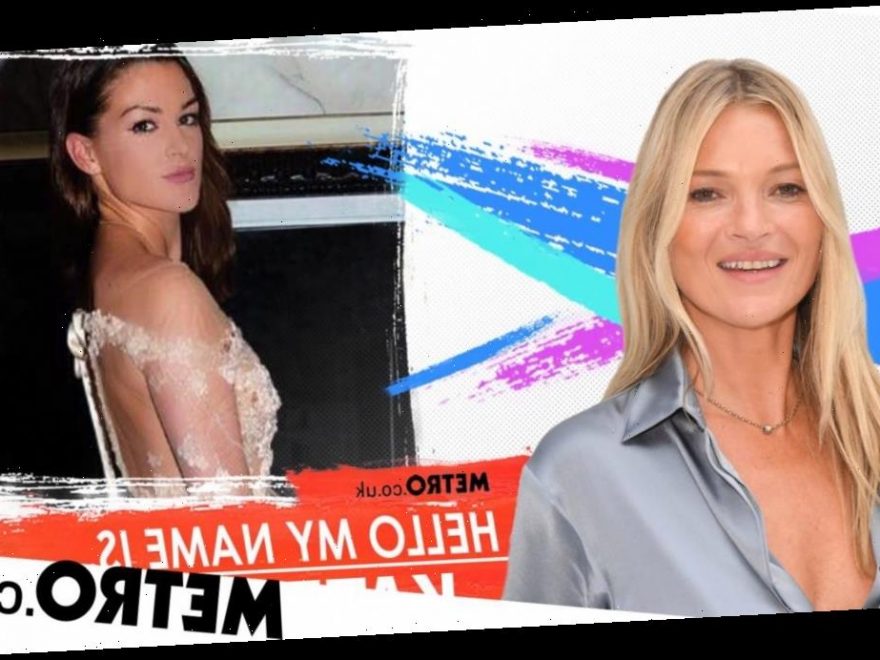 ‘You’ve got the same name as Kate Moss, did you know?’

That question pretty much sums up my school experience. The girls would pick on me for my looks and the boys would joke around, shouting ‘Oh my god, it’s the supermodel’ whenever I walked past.

I think it’s why I’ve worked really hard to forge my own identity. I try to never compare myself to others, which can be difficult when you share a name with one of the world’s most famous faces.

Still, I think I’ve done pretty well in my own right.

I’ve done a lot of crazy things and would describe myself as pretty spontaneous, energetic with a kind heart.

I’ve appeared in music videos like Dizzee Rascal’s Holiday and Disciples’ banger  On My Mind. I have also built up a bit of a following myself on my Instagram and on the London scene, being a global ambassador for Fabletics and many other brands.

It means that people (my friends, at least) tell me that I’m the real Kate Moss in their eyes!

It has been tricky at times though. I also model and there have been occasions where I’ve been worried to apply to jobs, scared they’ll think it’s a fake application and I’m just taking the mick. It’s meant that when I do get in front of anyone, I really have to prove myself.

Thank god that I’m actually decent at it! But she’s definitely left big shoes to fill.

I do find it funny when people confuse me and her. It’s happened quite a lot with the most recent time being a few weeks ago.

I had ordered a cab, and the driver clearly saw my name and thought I was her. He also saw my face (we don’t look much alike) but clearly didn’t know the difference because he then said: ‘My son is obsessed with Kate Moss. Can I get a photo with you to send to him?’.

I mean, I obliged, but I can only imagine what his son was thinking when he received that picture!

The best case of mistaken identity was a few years ago, when I was off to a VIP wedding in Bodrum. Two days before my flight, my phone broke and I was devastated (I was really looking forward to getting some great photos)!

I phoned my provider and on the other end was met with a big Kate Moss fan, who thought she was speaking to her idol. She asked me how modelling was going, and I was like, ‘yeah, it’s going alright…’

That’s when I realised I could probably benefit, so started playing up my phone breaking like a bit of a tragedy – saying that I needed it for a big shoot I was going on the next day. It worked a treat. The lady told me, because it was me, they could get the phone shipped out asap with no extra cost.

It’s funny how much a name can impact how people respond to you; they’re usually far more excited about it than I am.

It’s not really the case on dating sites though. I have a lot of people thinking I’m messing around by having my name and modelling photos on my profile. Or there’s those who are more like ‘who’s she trying to be’. There’s a bit of pressure to prove you’re interesting and qualified when you are called Kate Moss.

The weirdest thing that’s happened because of my name though, is the amount of people who have used my information to catfish and create multiple profiles on different social platforms imitating me!

There was one that I just couldn’t get rid of. They’d take all my photos off of Myspace, and they even gave an interview pretending to be me to a lad’s mag (decent images of course).

I can only imagine what my namesake has to put up with on a daily basis.

I met her once. Although we have a mutual friend or two, it wasn’t through them. I saw her at the Café Royal in London and knew I needed to speak to her and have that moment. I think everyone who shares a name with a celeb probably envisions meeting their famous counterpart.

I went up to her and told her my name, and she was like, ‘No way, I want to see your passport!’. Luckily I had it on me and we ended up having a chat. She was so nice, and really cute – it was lovely to speak to her.

In some ways I think we’re quite similar characters. I’ve been known for my out there antics, and have been exposed to quite a lot of luxury through modelling and working in the hospitality industry, but I’m starting to value a quieter life, and one surrounded by close friends – I think she does too.

I don’t think my life has been shaped too much by what’s on my birth certificate, but I wouldn’t change my name for the world – its become part of me!

Hello, My Name Is…

It’s not easy having the same name as someone, or something, famous.

In Metro.co.uk’s weekly Hello, My Name Is… series, we’ll hear the funny, surprising and frankly mundane stories of people whose parents really didn’t know what they were getting their children into.

Email [email protected] if you would like to get involved.