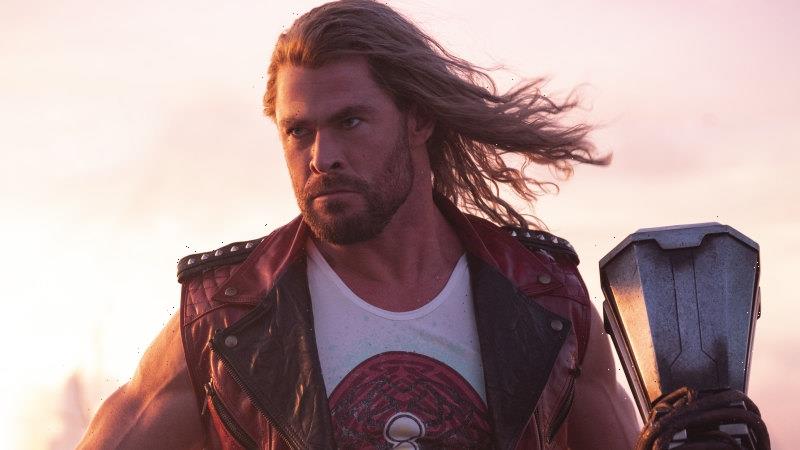 In the Marvel Cinematic Universe, what happens after you die? I’m not sure the answer has been nailed down, despite Cate Blanchett leading an army of zombies in Thor: Ragnarok and the apparent glimpse of heaven in the dubiously canonical Deadpool 2.

The question takes on new urgency in Thor: Love and Thunder. While Thor (Chris Hemsworth) has spent the last couple of years gallivanting around the cosmos, back on Earth his ex-girlfriend Dr Jane Foster (Natalie Portman) has been dying of cancer, a foe that even an extra-terrestrial god cannot vanquish. 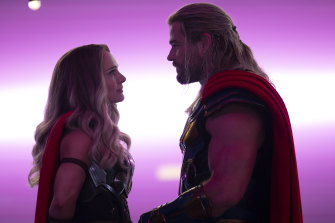 Meanwhile, tormented villain Gorr the God Butcher, played by Christian Bale in bone-white make-up, is launched on his path of god butchery when he learns that neither he nor the daughter he mourns will be rewarded in the afterlife. 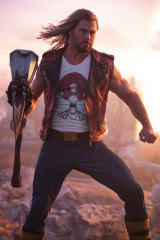 Thor: Love and Thunder may sound like one of the grimmer Marvel entertainments, but it’s all in the delivery. Director and co-writer Taika Waititi sticks with the same tongue-in-cheek style he brought to Ragnarok and pretty much everything else he’s done.

For my money, Waititi is at his best when he keeps the stakes low and the scale modest. But his self-deprecating brand of comedy matches Marvel’s need for the kind of limited subversion that prevents their superheroes from looking too pompous without truly threatening the status quo.

The Thor of Love and Thunder may have shed the extra kilos he packed on in Avengers: Endgame but, even minus the dad bod, he still merits endless ribbing for his dadlike self-importance.

Yet, he’s still the one with his name in the title, and the unquestioned leader of the mission to take down Gorr. The rejuvenated Jane never transcends her sidekick status, even though she now wields the enchanted hammer Mjolnir, making her the “new Thor” in a technical sense.

Third in line within the core group of heroes is another female warrior, Valkyrie (Tessa Thompson), who fulfils the current blockbuster requirement of having a character who is openly queer but not too visibly so. Bringing up the rear is the rock monster Korg (voiced by Waititi himself), who doubles as narrator, passing on the legend of the “space Viking” to an audience of wide-eyed kids.

It’s all a bit Monty Python, a bit Wes Anderson, but mostly reminiscent of the kind of self-mocking TV ad that draws on classical mythology to sell chocolate or get us to switch mobile plans. It’s this tradition that gives us Russell Crowe playing Zeus as an amalgam of Hulk Hogan and Con the Fruiterer, a far less successful comedic turn than Jeff Goldblum as the Grandmaster in Ragnarok. 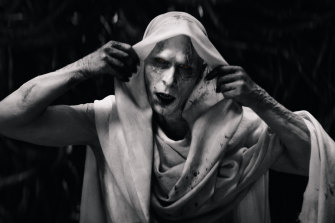 Christian Bale as Gorr the God Butcher in Thor: Love and Thunder.Credit:Marvel

For the most part, whatever the criticisms of Love and Thunder – stiff staging, cheesy backdrops, laboriously spelled out subtext, feeble jokes – they can be justified as part of an aesthetic of deliberate lameness. The problem lies in the intermittent efforts to get serious about matters of life and death.

As certified heavyweight actors, Portman and Bale do whatever they can to make their characters’ anguish credible under the circumstances, while Hemsworth sticks with the practiced blend of sincerity and put-on demanded by lines such as “I feel your pain, but this isn’t the way.”

The blend of childish silliness and willed gravitas recalls Waititi’s recent, divisive passion project Jojo Rabbit, which centred on a naive member of the Hitler Youth. This was hopelessly inadequate as a statement about Nazism, but perhaps not completely toothless as a parable about the perils of hero worship in general.

How are we meant to feel about the group of imprisoned children who wait to be liberated by the mighty Thor for much of Love and Thunder, and who ultimately morph into an army of junior warriors in turn?

If there are ironies here, the film avoids pushing them too hard – and the same goes for the occasional hints that Gorr’s anti-god stance isn’t wholly unjustified. Perhaps Waititi too retains a streak of innocence, or perhaps there’s more scope to satirise the myth of heroism when heroes aren’t the product you’ve been hired to sell.

Thor: Love and Thunder is in cinemas from July 7.