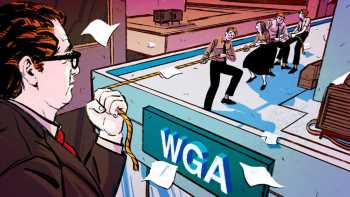 Rosenfeld and Weitzman were previously vice presidents and the co-heads of the literary department at Abrams, having joined the agency in 2015 from boutique lit agency Preferred Artists. Kirkland joins Abrams a little less than a year ago. She was formerly the vice president of talent development at Nickelodeon.

Culture Creative Entertainment now joins fellow agencies Verve and Kaplan Stahler in signing the WGA’s code of conduct. The WGA has been in a standoff with the Association of Talent Agents (ATA) for over three months now over packaging fees on TV and films as well as other business practices. To date, none of the biggest agencies have signed the new code of conduct.

WGA members overwhelmingly voted to approve the new code of conduct in late March. When it took effect on April 13, the WGA had instructed all members to fire their agents if their agencies would not sign the code. The WGA has since filed a lawsuit against ICM, CAA, WME and UTA in California state court, while WME, CAA and UTA have also filed separate lawsuits against the WGA in federal court.