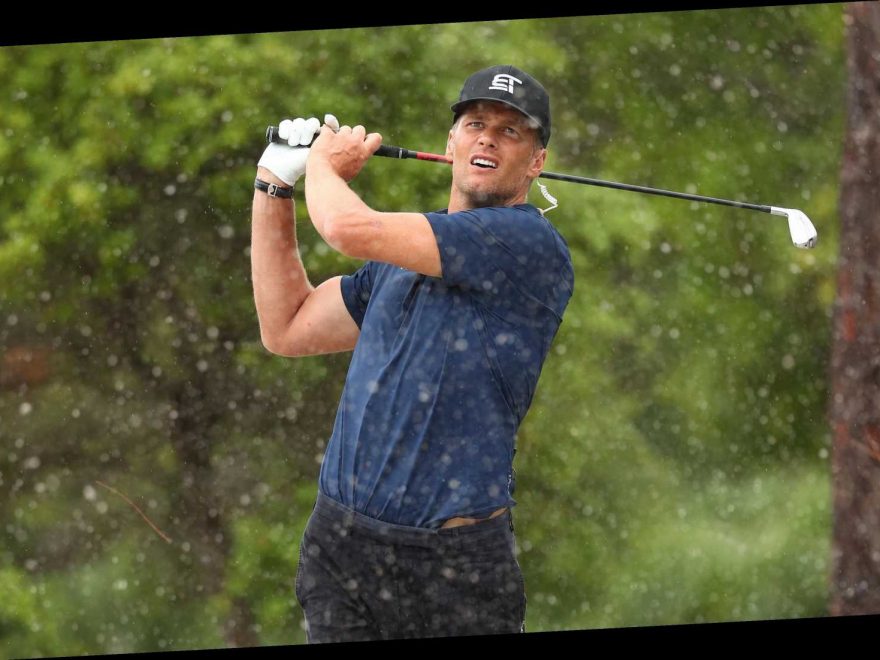 NFL icon Tom Brady pulled off an unusual twofer during a televised golf event on Sunday, nailing two holes with one shot.

The longtime quarterback of the New England Patriots, who joined the Tampa Bay Buccaneers, in the offseason pulled off an incredible ― and, given his play to that point, very unlikely ― shot to sink the ball for a birdie.

Then, either on his shot or on his way to retrieve the ball, he ripped a hole in the rear of his pants during the coronavirus charity event, which paired him with golfer Phil Mickelson against the team of Tiger Woods and Peyton Manning.

Here’s the shot from “The Match: Champions for Charity”:

…and here he is showing off his new air conditioning:

After the event, Brady cracked:

Brady had been struggling until then. NBA great Charles Barkley, providing color commentary, at one point offered $50,000 to charity if Brady could just hit the green.

When Brady didn’t come close, Barkley razzed: “I should’ve just said if you can just keep it on the planet.”

As Brady struggled, Barkley kept up the jeers.

“You can be great in one sport and not great in another sport,” he said. “I just want America to know that.”

But Brady proved him wrong a little later when he pulled off his unusual double feat.

“Take a suck of that, Chuck,” Brady cracked after sinking the shot.