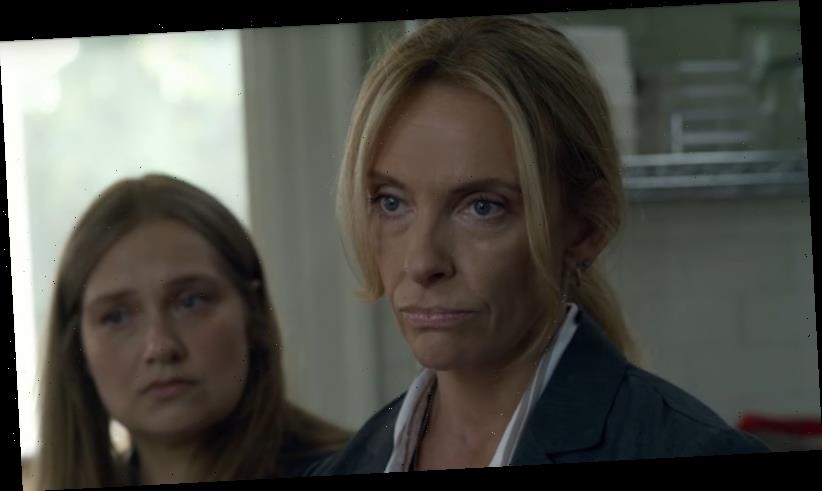 Los Angeles: Australian Toni Collette has won best supporting actress in a limited series or movie made for television for her role in Unbelievable at the Critics' Choice Awards in Los Angeles.

Phoebe Waller-Bridge's prolific awards season continued after Fleabag won big while Quentin Tarantino's Once Upon A Time… In Hollywood was named best picture. 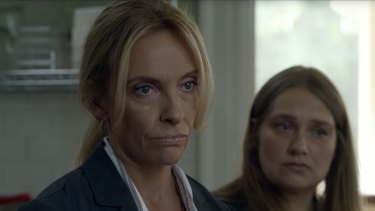 Toni Collette won for her role in the Netflix true-crime series Unbelievable.Credit:Netflix

With less than a month to go until the Oscars, Tarantino's love letter to 1960s Los Angeles received a timely boost as it was named the year's best film ahead of rivals including The Irishman, 1917 and Marriage Story.

The best director prize was shared between Parasite's Bong Joon Ho and 1917's Sir Sam Mendes after Broadcast Film Critics Association voters could not split them.

The Irishman stars Robert De Niro and Al Pacino took to the stage together to accept the best acting ensemble gong.

Tarantino also won best screenplay for Once Upon A Time … In Hollywood. Eddie Murphy, who received a lifetime achievement award, was celebrating again when his Dolemite Is My Name won best comedy film.

In the TV categories, Waller-Bridge won best actress in a comedy series for Fleabag.

Waller-Bridge, who has also won Emmys and Golden Globes for Fleabag's lauded second season, described working on the show as "the best experience I'll probably ever have". 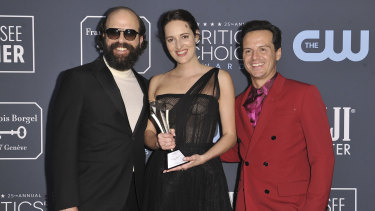 Brett Gelman, Phoebe Waller-Bridge and Andrew Scott with the award for best comedy series for Fleabag at the 25th annual Critics’ Choice Award.Credit:AP

Bill Hader won best actor in a comedy series for Barry and Jharrel Jerome took home the award for best actor in a limited series or movie made for television for When They See Us.

The best actress award in a limited series or movie made for television went to Michelle Williams for Fosse/Verdon.

Netflix's When They See Us was named best limited series ahead of HBO and Sky's Chernobyl. Show creator Ava DuVernay thanked the streaming giant for letting "a black woman do her thing".

Regina King won best actress in a drama series for Watchmen, winning ahead of The Crown's Olivia Colman and Killing Eve's Jodie Comer.

There was more disappointment for British stars in the male category, where Succession's Jeremy Strong beat Game Of Thrones' Kit Harington and The Crown's Tobias Menzies.

El Camino: A Breaking Bad Movie was named best movie made for TV.