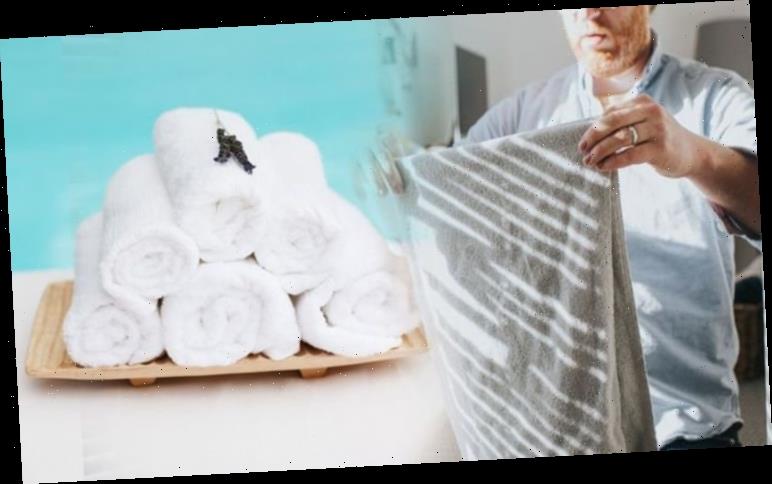 The presenter shared a 30 second towel folding hack which folds the towel up into a small roll, which makes it easier to store. The hack has been going viral on social media site TikTok, with users sharing their handy tips and tricks.

Sabrina explained: “This one is brilliant…If you have a towel at home, take where the label is and you want to fold a triangle.”

The presenter used a hand sized towel for the hack and explained that you want to get the label side folded down so that it hides the tag.

She added: “It’s important that you get the label side and fold a triangle down.”

The presenter explained that it starts to look like you’re folding a paper aeroplane. 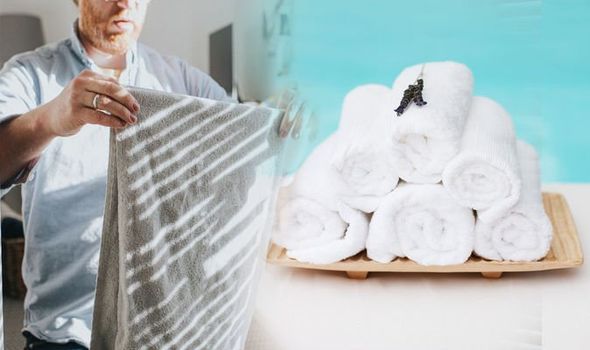 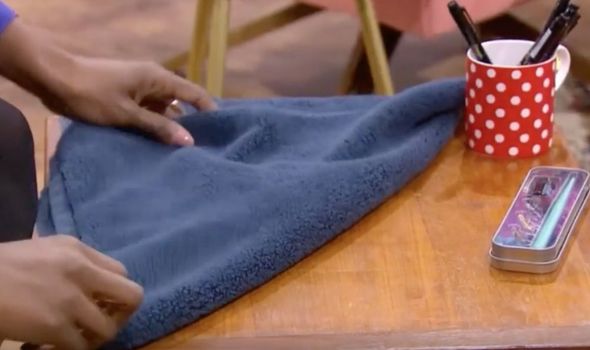 Then with the remaining towel, fold it down to create a rectangle before flipping it over.

Sabrina went on: “Start from the rectangle and roll it up and tuck the end in.

“Look at that…perfect….get that luxury hotel feeling at home.”

The hack took around 30 seconds from beginning to end.

DON’T MISS:
How to dry clothes indoors [EXPLAINER]
Coffee and tea stains in mug: How to get rid of stains in mug [INSIGHT]
Cleaning: Mrs Hinch fans share the best way to clean TV screen [COMMENT]

One TikTok user shared the hack to her page last year and it has been viewed more than five million times since.

The caption on the video read: “Bring the spa home to you. This type of fold is space-saving for storage and also looks luxe in your bathroom.”

The user also shared a separate video on different sized towels, all with the same technique.

One fan commented on the video: “Omg I must try this, it looks so good.” 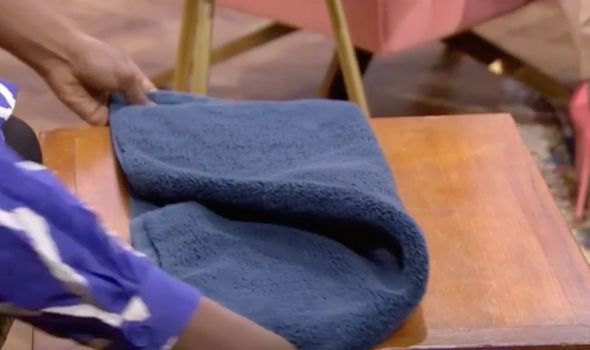 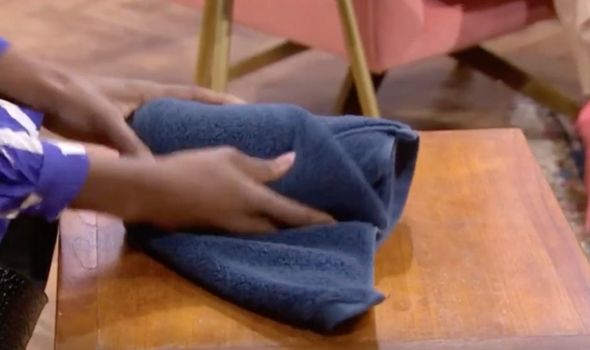 Another explained: “Wow, that’s so easy to do as well.”

“They’re the type of towels you get in the spa,” a third said.

Others have shared on TikTok that the hack also works with pieces of clothing like leggings and tops and takes up a lot less room in a drawer or suitcase.

This also means that you are able to see the items of clothing you have rather than them being piled on top of each other. 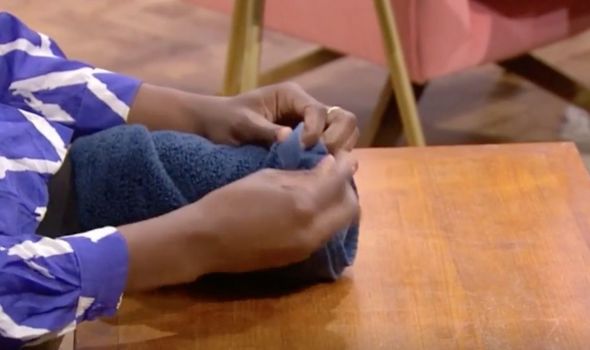 One person said: “Might just rearrange the airing cupboard and see if this creates more space. Can I get three shelves of towels into two?”

Another commented: “I do everything wrong according to some, that must definitely be on the list.”

Others weren’t so convinced of the towel hack. 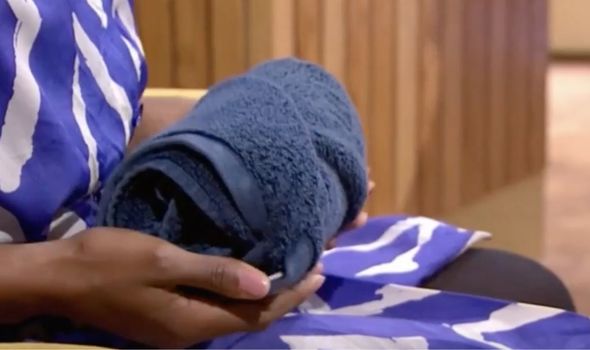 “I don’t care how they’re folded, just as long as they do their job,” another explained.

Other things that have been going viral include the Little Moons mochi ice cream treats.

The bite sized Japanese treat comprises of creamy gelato ice cream in a layer of mochi dough that has a soft and chewy texture.

They became so popular on TikTok that fans were having trouble finding them in their local supermarket.

Co-founder of Little Moons, Howard Wong said: “The Little Moons TikTok craze started with some creators, perhaps suffering from a bit of lockdown fatigue, filming themselves going on an adventure to ‘big Tesco’ in search of our mochi ice cream.

“And the novelty of that, combined with just how delicious Little Moons are resulted in thousands of people doing the same.

“It’s been incredible to watch this go viral and seeing how much people are loving Little Moons.

“Our sales have gone up exponentially and we’re seeing empty shelves across all of our retailers which we’re rushing to re-stock so we don’t disappoint people trying to get their hands on their Little Moons.”