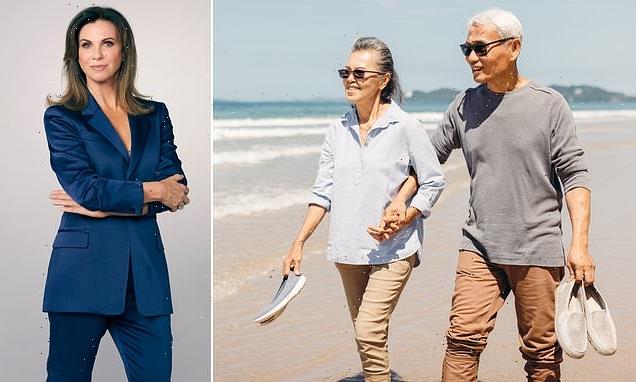 Forget ‘soulmates’ and fireworks, Tracey Cox explains why looking for ‘The One’ will NOT make you happy – and the qualities for lasting love you should look for instead

Should you wait for the fireworks, or is a decent human being who’s good company enough?

I’ve long been an advocate of giving ‘not quite perfect but has potential’ relationships a chance of developing – and most date coaches, therapists and other sensible people agree.

All too often, the ‘lightning bolt’ of love turns out to have been just lust.

On the other hand, getting to know someone who initially appeared ordinary-if-nice – and finding out they’re actually a great potential father/mother, reliable and kind – just might get what you’re ultimately looking for. 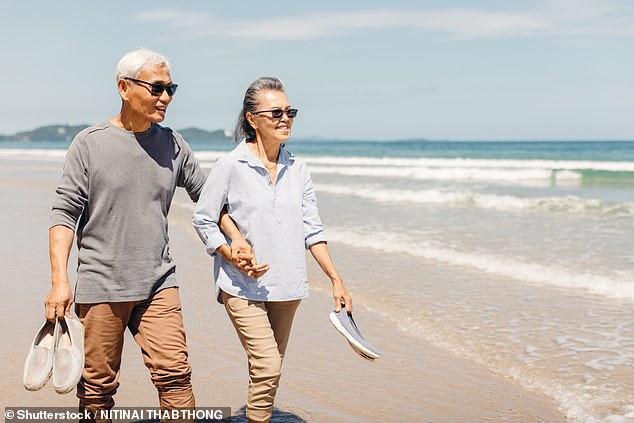 Zara, 30, is now happily married to someone else

I don’t believe in ‘The One’ but I have certainly felt such a strong soulmate connection with someone, I honestly thought we must have met in another life. And I don’t normally believe in other lives either!

We met in a pub: I was 26, he was 21. We had nothing in common. I was in the corporate world; he was a plumber. But from the first look, there was a connection I’ve never felt before or since. He looked at me and I felt like he knew me, and we’d known each other forever. He was attractive, sure, but not that attractive. We stared at each other for ages before he finally came over to chat to me. He’s shy and said it terrified him crossing the room but he felt we were destined to be together. He isn’t that sort of guy either.

Both our friends were astonished at the match. It was clear to them that we had nothing in common – and we didn’t. We were opposites in everything: I was ambitious, he couldn’t care less about work. I was a family person, he hated his. He was shy, I was extraverted. But we fell in love anyway.

Not surprisingly, given our differences, we broke up. But we couldn’t stay broken up. We got back together – and broke up again. This on-again-off-again thing went on for about three years. It took eight breakups before I finally saw sense. When I did, it was like someone had taken a spell off me and I saw him as he really was. We were so unsuited, it was laughable.

I heard from mutual friends that he still thinks I’m coming back even though I married someone else. He would definitely say I married my second choice and would be gutted to know it’s quite the opposite. When I look back on that relationship, I feel more embarrassed than anything that I let something as whimsical as ‘destiny’ override my usual common sense. There WAS something there but whatever it was, it wasn’t helpful. I wasted three years of my life because of it.

Near enough is good enough

People marrying their ‘second choice’ – someone they initially thought meant ‘settling’ – is more common than you think.

A 2020 study of Brits found 41 per cent of adults have found themselves in a relationship with someone they didn’t initially think was ‘The One’.

Researchers concluded this indicates an acceptance by people that things can’t always be perfect.

This is a good thing – though I predict the comments section will be filled with people who’ll argue the opposite. ‘Never settle for second best!’ ‘Don’t give up on your dreams!’ ‘You deserve ONLY the very best’.

And, the clincher, ‘Don’t ever put up with being someone’s second choice’.

First is always best, right? There’s only one winner!

In my experience, most people ‘first’ choices that don’t work out fall into two camps.

You never actually got together with – or got dumped by – a person who fitted your concept of what ‘true love’ looks like. Someone who ‘swept you off your feet’, felt like ‘The One’ or a ‘soulmate’.

The second scenario is sadder: you were with a person who loved you as much as you loved them but, for whatever reason, they fell out of love with you while you remained in love with them.

If that’s what happened to you, I’m truly sorry. Life really does suck sometimes.

But the news is still good for both of you.

The next person you end up with – a supposed ‘second’ choice – might make you even happier than before.

There are many people who can make us happy

No matter how much you loved that person, the likelihood for most of us is that there will be another we love just as much.

There is no ‘One’, no one ‘soulmate’ or one person that you we are ‘destined’ to be with. Instead, there’s a world full of lots of people who can make us happy.

The concept of ‘The One’ is for 10-years-olds who still believe in Santa Claus and think babies come from storks.

While it makes for a great rom-com movie or book, the chances of one magical moment turning into a solid, long-lived marriage are less than zero.

You need more than love to be happy

‘People marrying their ‘second choice’- someone they initially thought meant ‘settling’ – is more common than you think,’ Tracey (pictured) explains

Being in love doesn’t guarantee a relationship will work.

Strong connection and knock-out chemistry are fantastic starter blocks, but you need more than that to build a relationship.

It helps to be roughly the same level intellectually. It helps even more if your communication styles work well together and your desire for sex is similar.

Cassie, 42, has been with her partner for 8 years

My friends all got married in their early 20s. It happened so easily for all of them. People married their childhood sweethearts, others met someone at work and next minute they’re engaged and planning the wedding. Two of my best friends decided they were more than that. One by one, everyone peeled off, until I was the only one left single.

My friends said it was because I was too ‘fussy’. I wanted this ‘ideal man’ who didn’t exist. I didn’t agree. I was attractive, funny, educated and earnt good money. I came from a family of high achievers and had good taste. I just wanted to meet the male version of me. It wasn’t like I couldn’t deliver what I was asking for.

I dated lots of nice men over the years, but they all lacked something. I wanted someone who ticked all the boxes. I’d tell friends I’d settle for 8/10, so long as the two boxes the guy didn’t tick weren’t important. But when asked what they were, I couldn’t answer. My parents found each other, and they ticked all each other’s boxes. I couldn’t accept that wouldn’t happen to me.

I had a four-year relationship with a man called James who made me very happy. But he didn’t come from the right background and I worried we wouldn’t agree on things like parenting. I broke it off and regretted it. I spent months debating whether to call and see if he’d like to try anyway. When I finally did, he told me it was too late: he’d met someone who loved him just the way he was. I was gutted.

I’m not sure if this was the thing that changed me or I’d just given on finding Mr Perfect (I was 37) but soon after that, I accepted an invitation for dinner from a guy who wasn’t anything like the man I wanted.

For starters, he was shorter than me (my top no-no) and he wasn’t a high earner. At the start, I dated him only because there wasn’t anyone else on the scene and I felt lonely. The sex was great though and he made me laugh. And because I didn’t have any expectations it would go anywhere, it did. He is funny, kind, considerate and worships me. One year in I realised I loved him and didn’t care that he didn’t tick two of my most important boxes – height and money.

That was eight years ago. Do I think of him as my second best? No way! But the old me would have.

Your Mum did know best when she advised you to marry the man next door: it’s good news if you come from the same background and share the same moral values and religious beliefs.

Having the same attitudes to money, getting on with each other’s friends and families, agreeing on whether to have children – all these things can make or break you.

Research proves relationships that start out as friendship rather than love last longer and are more satisfying.

Having respect for each other, the ability to work as team… I could go on forever.

All these things are way more important than feeling a spark/lightning bolt/some other sign from above that this is the person you are destined to be with.

You need to be physically attracted to your partner, sure, and find them sexually appealing.

But sex and love – the things most people think are the key ingredients for a successful, happy relationship – aren’t enough on their own.

The happy-ever-after ending is outdated

Another concept that should be put on the scrap heap is the ‘happy-ever-after’ ending.

In our great-grandparents day, couples married young and ‘for better and worse’ meant something. Divorce was frowned upon, and you stuck together until you died, even if you were miserable.

These days, most people have several serious relationships in their lifetime.

If someone you loved dearly, doesn’t love you back, it’s doesn’t mean you’re destined to own cats and live solo.

Not everything is built to last forever and a relationship that doesn’t isn’t a failure. You might have ten great years before things simply peter out. Why would that be a mistake?

Expecting to have one relationship in our lives is wishful thinking: happy-ever-after is a fairy-tale concept that’s hopelessly outdated.

Toss it away and take the pressure off.

Instead of searching for one person who you’ll love from now until forever, look for someone who suits you right now.

The crucial difference between ‘love of my life’ and ‘The One’

My husband Miles is the love of my life and that’s a factual statement: looking back over my life and comparing our relationship with all the others I have had; he has without question made me the happiest.

I fervently hope we are together until I die.

But if we do split up or he dies, I might not WANT another partner, but I have no doubt there are other people out there who would also make me happy.

That’s the difference between ‘The One’ and ‘the love of your life’.

The first belief is dangerous. There’s just one person out there for you: blow that chance – get dumped, have them die on you or never meet them – and that’s it. You’re destined to be alone and unhappy forever.

The second acknowledges that there are some people we love who we feel desperately, blissfully happy with. But if that ends for whatever reason, there are others who could also make us happy.

Isn’t that a more comforting thought?

Visit traceycox.com for her blog, two product ranges, podcast and lots of other practical information about sex and relationships.