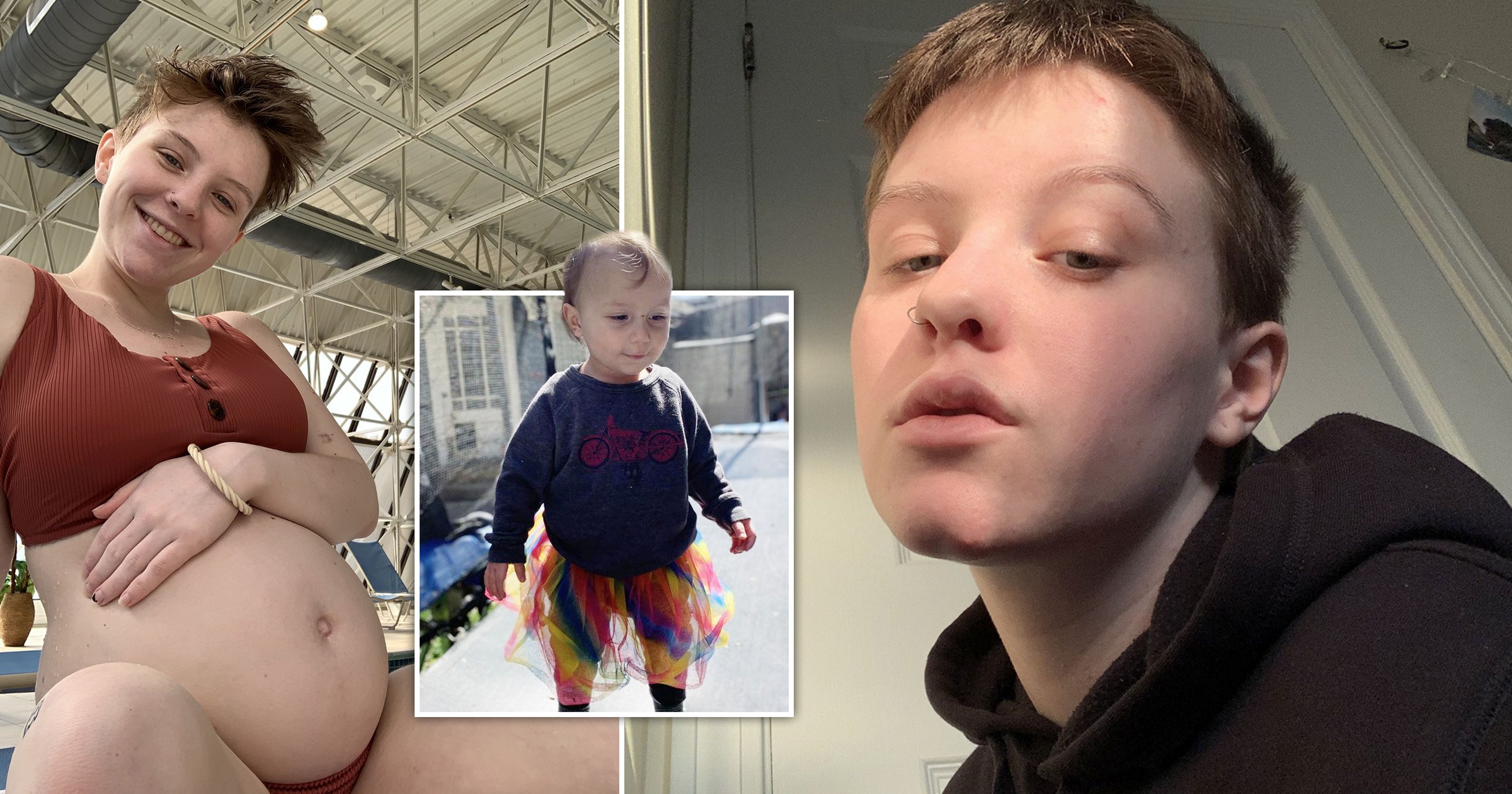 A dad who previously struggled to come out as trans now won’t reveal the sex of his own children so they can discover their gender for themselves.

Sav Butler came out when he was 18 after struggling with his gender identity while he was growing up.

He now refuses to tell anyone the biological sex of his kids to avoid imposing ‘assumed’ genders on them that may not align with who they are as they grow up.

The dad-of-two has been labelled a ‘freak’ online for his decision to keep their genders under wraps but hopes his parenting choices will help his children find their ‘true selves’ quicker and be comfortable with their identity whether they are cisgeder – aligned with their biological sex – or transgender.

Sav’s older child, Wesley, is three and has already expressed that he is male.

The stay-at-home dad expects currently ‘genderless’ newborn baby Eden to tell him their gender by the time they are three as well. 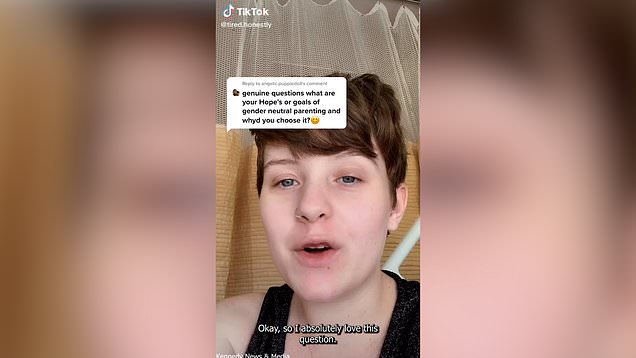 Sav, from Portland, Maine, US, said: ‘I’ve raised both of my children genderless until they can tell me what their gender is themselves.

‘I don’t want them to be referred to as something they’re not and have their memories end up being bad, I just want them to know that they are accepted.

‘It will also make them understand more about different identities and help them to find themselves quicker.

‘I haven’t told anyone the assumed gender of either of my children because it’s none of their business – it’s only the business of me as the person who changes their diaper and their doctor.

‘By three years old they’re talking and can understand and tell you their gender identity, so they can tell people themselves eventually.’

Sav is passionate about raising awareness of the difference between gender and sex, saying that although babies have a biological sex, they don’t yet have a gender identity.

Sav said: ‘Gender doesn’t equal sex and I get annoyed because people ask what the gender of the baby is but babies don’t have gender identities yet – all they know is poop, pee, eat and sleep.

‘It becomes about what’s in their diaper and just isn’t the right terminology.

‘When I refuse to answer what the “gender” of the baby is, people are usually confused or angry.

‘They say it’s not my decision to make for the baby which is obviously hypocritical because babies have their genders assumed at birth every day.’

Sav’s genderless parenting means that, until the kids are old enough to tell Sav their gender, he buys them both typically feminine and masculine toys and clothes.

‘That way they can look back at baby photos that align with their gender and not be uncomfortable,’ he says.

He also uses both feminine and masculine pronouns for both children ‘so they can see what each feels like and what they like being called.’

He added: ‘Even once they’ve expressed their gender identity I allow them to wear and play with whatever clothes and toys they want – Wesley likes both masculine and feminine stuff and that’s okay.

‘I would be totally okay whether they are cisgender or trans, male, female or non-binary. I don’t care, and I love them no matter what.’

Sav’s own journey struggling to come out as trans played a part in his choice to opt for genderless parenting.

He now encourages his kids to call him ‘mapa’ – a gender-neutral parenting identity, and refers to feeding baby Eden as ‘chestfeeding’ to suit his gender identity.

Sav said: ‘My journey as a trans person definitely has something to do with how I parent.

‘I don’t want my kids to look back on their childhood and feel pain, which a lot of trans people have experienced and can understand.

‘I came out after I moved out at 18 years old, but I knew I was trans by the time I was five years old because I didn’t feel comfortable in my own body.

‘I shortened my name and started hormone therapy, and I’m about to get back on hormones now that I’ve given birth.’

Sav now hopes to encourage other parents to consider gender-free parenting with their children.

He said: ‘Kids understand themselves more than we give them credit for. They have a grasp on gender identity by the time they are three and can express themselves and talk.

‘My three-year-old probably knows more about gender than most grown adults.

‘I use books to help explain it to them. It doesn’t have to work for everybody but it works for our family.’