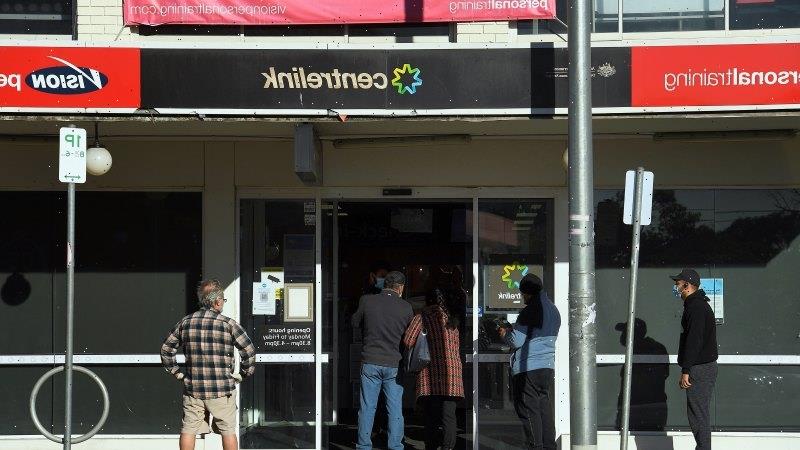 Australia’s jobless rate fell in August to its lowest level since before the global financial crisis, driven down by a mass exodus from the jobs market and hundreds of thousands of people working zero hours.

The Australian Bureau of Statistics on Thursday reported the jobless rate fell by 0.1 percentage points to 4.5 per cent last month. It is the lowest jobless rate since November 2008. 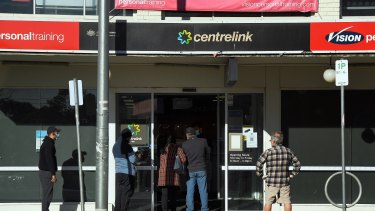 The nation’s jobless rate has fallen to a 13-year low but it’s been caused by a collapse in people looking for work.Credit:Kate Geraghty

But as the jobless rate fell, the number of people actually in work fell by 146,300 while the participation rate – which measures those with a job or looking for one – tumbled by 0.8 percentage points.

The nation’s underemployment rate increased by a full percentage point to 9.3 per cent while the number of hours worked collapsed by 66 million.

Across NSW, which was in lockdown across the entire month, unemployment lifted by 0.4 percentage points to 4.9 per cent. But the total number of people working in the state fell by 172,800, the underemployment rate increased to 10.2 per cent while the participation rate dropped by 2.4 percentage points.

Total hours worked across the state fell by 6.5 per cent.

In Victoria, which went into lockdown during the month, the official unemployment rate fell to an all-time record low of 4.1 per cent while its underemployment rate increased to 9.1 per cent. Hours worked in Victoria fell by 3.4 per cent.

Unemployment fell in both the Northern Territory to 3.4 per cent and in the ACT to 3.5 per cent.

The bureau reported that across the country, 248,900 people worked zero hours for economic reasons, a 68,400 increase on July and the highest number since May 2020.

Another 371,300 people reported zero working hours for “other reasons”, which was a 164,500 lift on July. This does not include people on annual leave.

The head of labour statistics at the bureau, Bjorn Jarvis, said the jobs survey covered the first two weeks of August which included the NSW lockdown and the new lockdowns put in place in Victoria, Queensland and the ACT.

“The fall in the unemployment rate reflects a large fall in participation during the recent lockdowns, rather than a strengthening in labour market conditions,” he said.

“Throughout the pandemic we have seen large falls in participation during lockdowns — a pattern repeated over the past few months.

“Beyond people losing their jobs, we have seen unemployed people drop out of the labour force, given how difficult it is to actively look for work and be available for work during lockdowns.”