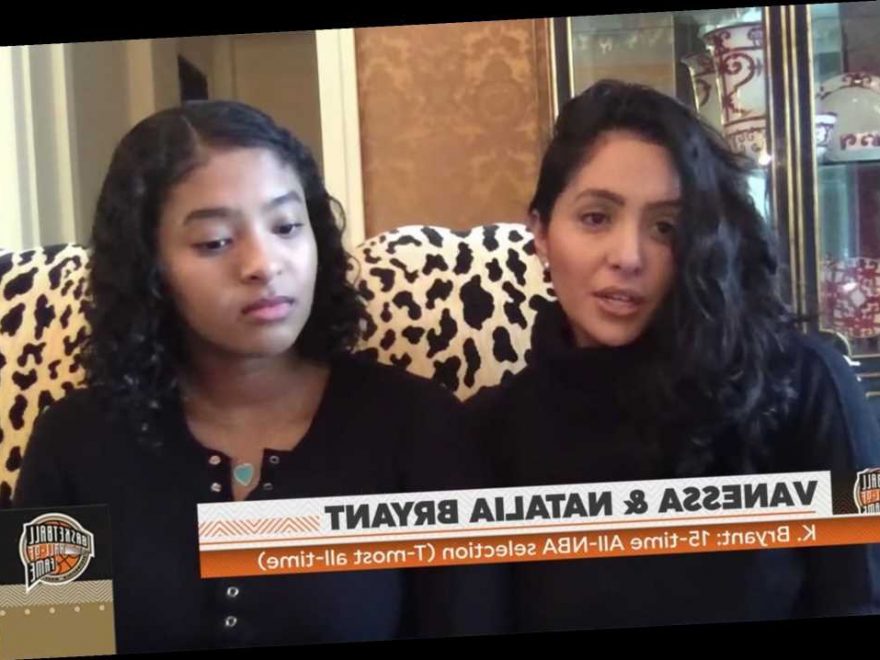 Vanessa Bryant is speaking out about how much it means to her that her late husband Kobe Bryant will be posthumously inducted into the Naismith Memorial Basketball Hall of Fame.

Shortly after the announcement was made on Saturday, Vanessa and her daughter Natalia, 17, appeared on ESPN and Vanessa reflected on the bittersweet milestone.

“It’s an incredible accomplishment and honor and we’re extremely proud of him,” the mother of four said. “Obviously we wish that he was here with us to celebrate but it’s definitely the peak of his NBA career.”

“Every accomplishment that he had as an athlete was a stepping stone to be here. We’re incredibly proud of him,” she added, noting that she felt “some solace” in recent months “knowing that he was probably going to be a part of the 2020 Hall of Fame class.” Bryant joins Kevin Garnett and Tim Duncan in the class of 2020, as well as WNBA star Tamika Catchings.

“The Class of 2020 is undoubtedly one of the most historic of all time and the talent and social influence of these nine honorees is beyond measure,” said John L. Doleva, President and CEO of the Naismith Memorial Basketball Hall of Fame.

“In 2020, the basketball community has suffered the unimaginable loss of iconic figures Commissioner David Stern and Kobe Bryant, as well as the game itself due to COVID-19. We have also banded together like never before in appreciation of the game and those who have made it the uniting force it is today,” he added. “Today we thank the Class of 2020 for all they have done for the game of basketball.”

The enshrinement ceremony is scheduled to take place on Aug. 28.