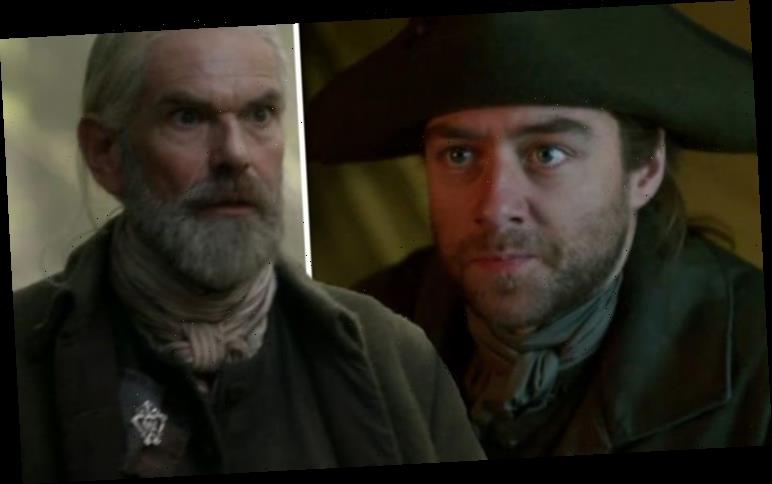 Outlander fans have been expecting to see the end of Murtagh Fitzgibbons (played by Duncan Lacroix) for some time. Fans of the Diana Gabaldon books will remember Murtagh was killed off in the second book of the franchise. So then, when the STARZ show kept the character alive past his time in the books, his fate became completely unpredictable.

Season five so far has seen many battles between the regulators and the British.

So then, it was inevitable that Murtagh would find himself trapped in a situation that would see him in danger.

And, finally, this weekend saw him getting killed off in battle – but Murtagh actor Duncan recently spoke about when he learned about the end of his journey.

Speaking to Collider, the star revealed he learned of the character’s death back in the beginning of the season. 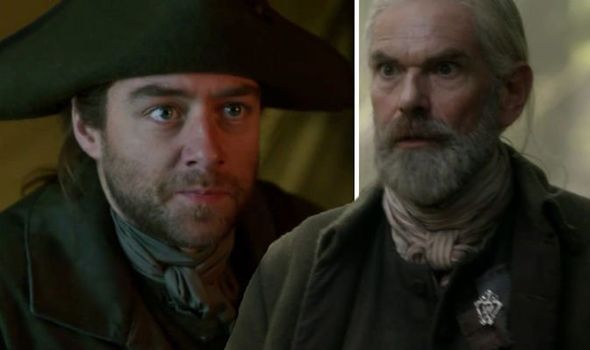 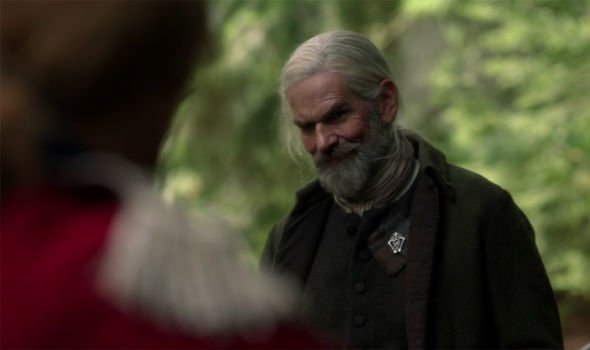 Speaking about his character’s death, Duncan told the publication: “I found out just before the beginning of the season.”

He then explained that, although his character was killed off in the franchise’s second book, he was initially brought on for much longer.

“I was optioned for six seasons,” he revealed. “But yeah, it kind of finally ran its course, and they dropped the bomb on me before we started filming the season.”

Thankfully, Murtagh saw five incredible seasons at the helm of the Fraser clan, alongside his godson Jamie Fraser (Sam Heughan). 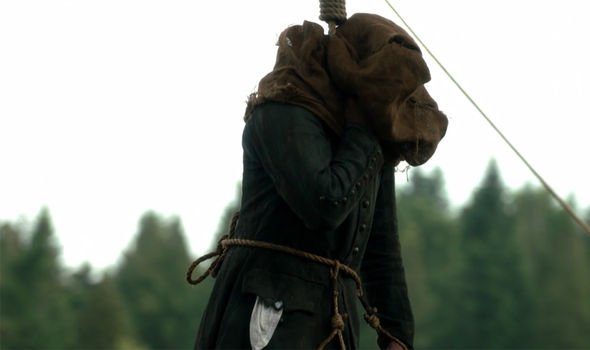 Duncan was later asked whether he thought his character would ever be brought back to the show.

To which he laughed: “I don’t know about that!”

Murtagh has been a huge part of the show, and indeed a massive part of Jamie’s life, so going forward will be a tough change for everyone involved.

However another enormous cliffhanger within the episode saw Roger Mackenzie (Richard Rankin) hanged for being captured alongside regulators.

The trailer for next week’s episode seems to confirm Roger’s return, however, and sets a harrowing scene involving Jamie in the woods.

During the trailer Brianna Fraser (Sophie Skelton) can be seen yearning for her supposedly deceased husband, before he walks into the room behind her.

Could this be his triumphant return, or merely some sort of ghostly visage?

Meanwhile, Jamie and Claire Fraser (Caitriona Balfe) are later seen in the woods, before the former pulls out his gun.

On this, fans suggested: “I can only guess Stephen Bonnet. This might be slightly different from the book.”

Referencing a scene in which Jamie and Claire are greeted by a vicious wild boar, one wrote: “I think it may have been a big wild boar.” (sic)

Outlander season 5 airs on Sundays on Starz and Mondays on Amazon Prime Video.