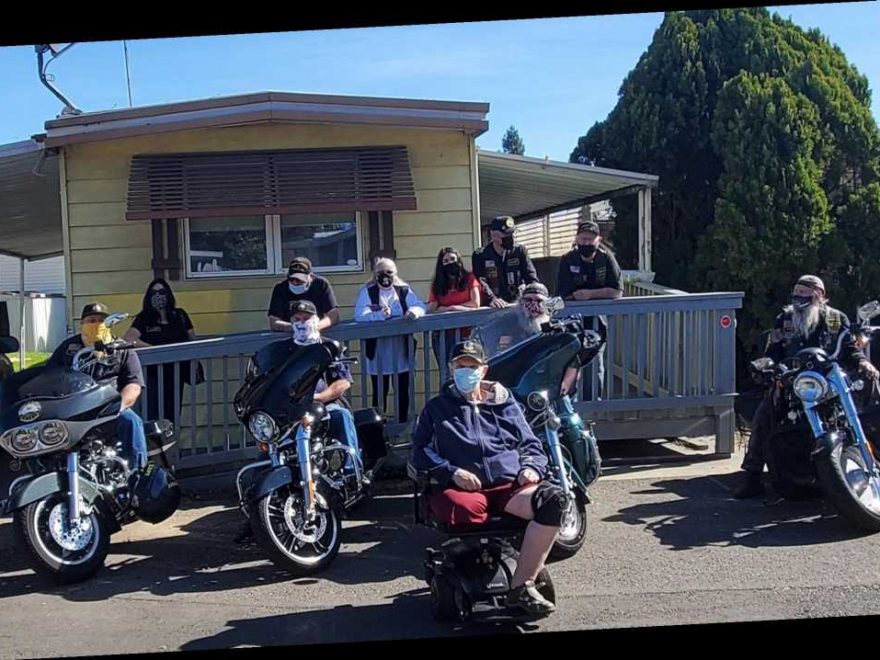 Volunteers for a California nonprofit that helps veterans and their families have finished building a wheelchair ramp for a disabled Coast Guard veteran who hadn’t left his home in two years.

Chuck Wood, 83, served in the Coast Guard from 1956 to 1960 during the Cold War, but for two years up until recently, he was unable to leave his Sacramento home without a ramp because leaving his front door required descending several steps.

“It’s great to go out, get some sun, go check my mail,” Wood told Fox News of the way his life has changed since volunteers from Veterans of All Wars Riders (VAW Riders) built the ramp outside his home. “It’s been kind of hard because I couldn’t get out of here for two years.”

VAW Riders President Richard “Sly” Randall, 51, whose father served in Vietnam, told Fox News that a number of other organizations had turned down Wood’s request for a ramp, in part because the permitting process with the trailer park where he lives was so complicated, among other issues that came with construction.

Wood, who lost his leg due to a blood clot, does not belong to any veterans organizations and expressed irritation with the government’s lack of aid for disabled veterans, saying “they put too much money” toward the wrong efforts.

VAW Riders, an organization that has been in existence since May of 2018, helps veterans with “anything they need,” Randall said, including grocery delivery, rides to and from medical appointments and wheelchair donations. The group also set Wood up with a new electric wheelchair before the ramp was completed.

Volunteers gathered donations for the ramp at Wood’s house through a GoFundMe page to cover costs for supplies, permits and the relocation of the electrical box and gas line. Home Depot also donated supplies to the effort and a local contractor volunteered his expertise to get the job done.

Randall said VAW Riders had to contact an inspector and explain that Wood had no way to escape his trailer in the event of a fire to finally get a permit.

“To be stuck in a mobile home and not even be able to go outside — I couldn’t even imagine that,” he said.

The ramp was completed after nearly a year of work on Feb. 28.

“He was thrilled to death,” Randall said, adding that he told volunteers that he finally gets to go visit his doctor now that he has the ramp. “I made the joke to him that people are trying to keep people inside right now and [he’s] trying to get out of his house. … He was just thrilled to get out of the house and for us, that’s it.”

“When he came out of the house that day — just the look on his face, smiling from ear to ear — that was all we needed,” he said.

VAW Riders accepts all volunteers, including veterans and their family members, as well as those with no military background, after conducting background checks on those who sign up to help. One binding force between volunteers is a love of motorcycles. The group participates in a number of annual events including toy runs, poker runs and flag retirement ceremonies.