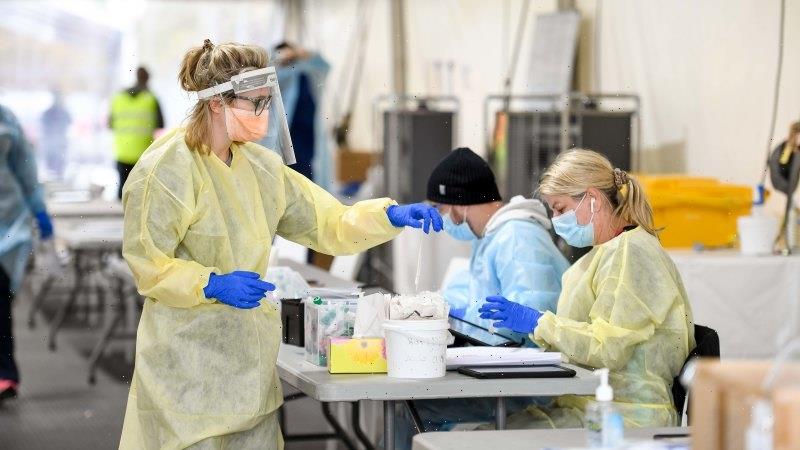 Today’s official figures include two other local cases that were reported on Tuesday afternoon, bringing the official total for the 24-hour period to five local cases.

The three new cases are linked to known outbreaks, the Health Department said.

The state administered 14,870 vaccine doses and 17,538 test results were received.

The Victorian government continues to evaluate what restrictions it could ease this week including outdoor mask rules and travel between regional cities and metropolitan Melbourne.

Sakura Kaiten Sushi II on Lonsdale Street in Melbourne was also added to the tier-one list for anyone who visited the site on June 13 between 12.30pm and 1.50pm.

A number of sites in South Melbourne and Port Melbourne were also added as tier-two sites so anyone who visited those locations on the stated times need to have a COVID-19 test and isolate until they receive a negative result.