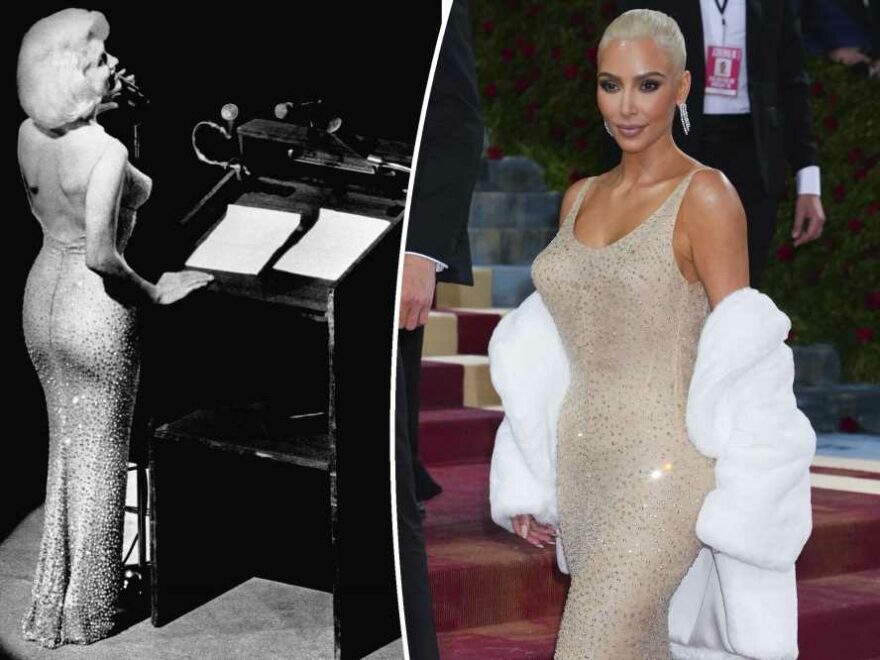 There’s been an update on #Marilyndressgate.

One clip features a voiceover of Kardashian, 41, talking about the experience of slipping into the style for the night, which Rooney referenced in one of his posts.

“‘So, I knew if anyone were to take the best care, of this dress and understand the importance of it, it would be me’ KK. These words play out on the video as you observe the damage done to MM’s gown,” he wrote.

In another photo showing a zoomed-in look at the zipper and stretched fabric, the Instagram user wrote, “Note the irreversible damage done to Marilyn’s gown by you know who. The saddest part of all of this to me, is that MM was whored out by a woman this time, rather than a man. Shame.”

Earlier this week, photos emerged of the gown looking worse for wear, with Pop Crave tweeting side-by-side photos of the outfit that were supposedly taken before and after the Met Gala.

Although Kardashian only wore the original for a few minutes and changed into a replica after taking photos on the red carpet, many are blaming the reality star for the museum piece’s current state.

Before heading to the ball, Kardashian spoke about her reverence for the famed outfit.

“I’m extremely respectful to the dress and what it means to American history,” she told Vogue. “I would never want to sit in it or eat in it or have any risk of any damage to it and I won’t be wearing the kind of body makeup I usually do.” 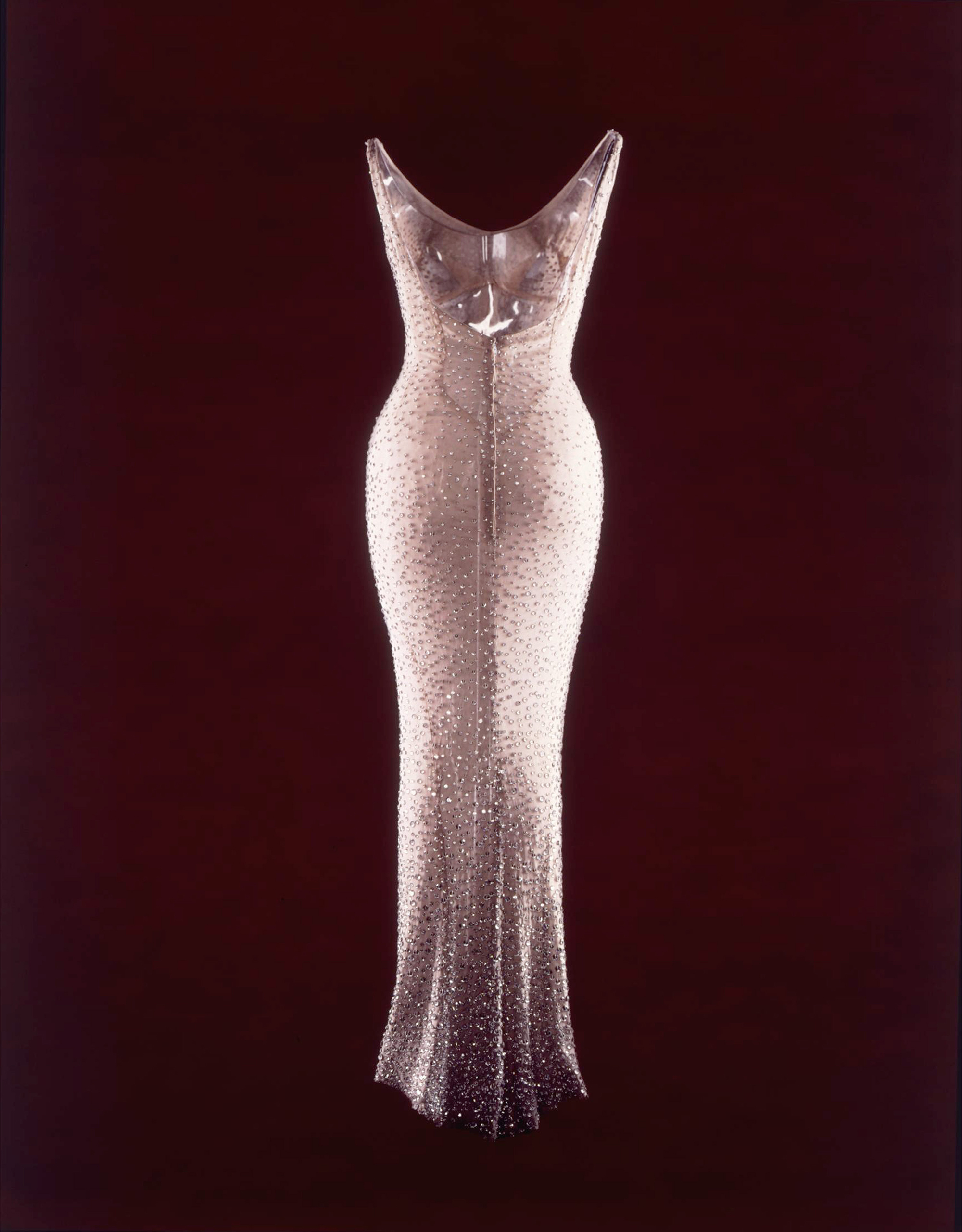 Ripley’s previously told the Post that “no damage” occurred to the fragile frock when Kardashian wore it, releasing a statement about the controversial loan following the Met Gala.

“This was no easy decision for Ripley’s, however, Kim Kardashian has continued to show the utmost respect for this opportunity and historic garment,” the company said.

“From extensive research to following guidelines such as no body makeup, only wearing the dress for the short red-carpet appearance, and making absolutely no alterations, she has become a steward — and added to — its history.”

A Ripley’s representative has not responded to Page Six Style’s request for comment on the alleged damage. 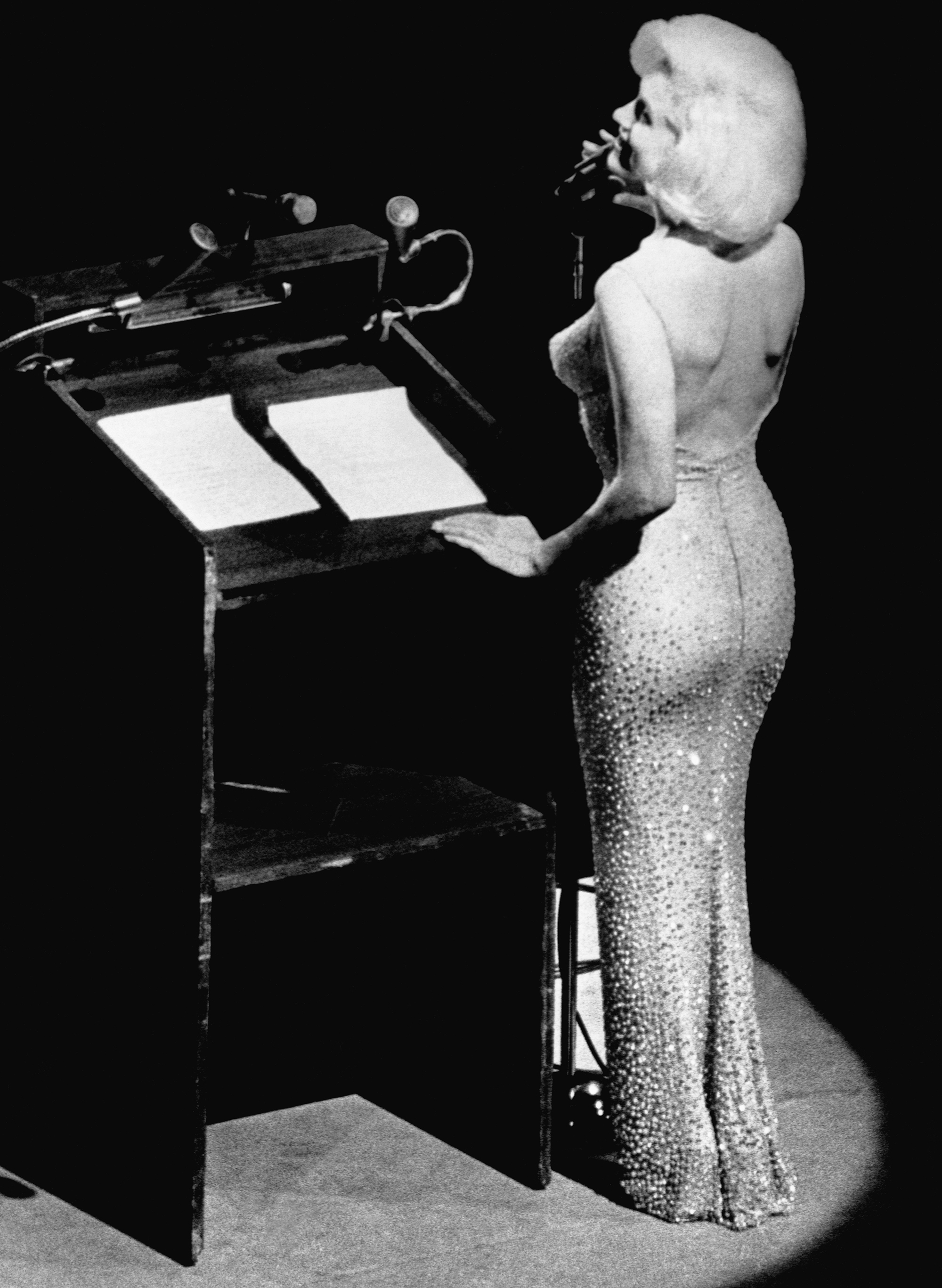