The government needs to speed up visa processing and registrations for overseas-trained nurses to fill thousands of vacant roles in hospitals and aged care homes, the peak training body says.

Australian College of Nursing Acting chief executive Yvonne Mckinlay said migration was the college’s “top priority” ahead of this week’s Jobs Summit and red tape was holding Australia back in the global competition for nurses. 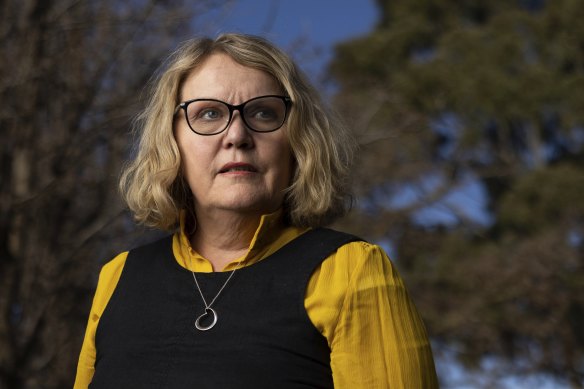 Australian College of Nursing Acting CEO Yvonne Mckinlay moved to Australia from England to work as a nurse in 1988.Credit:Alex Ellinghausen

“We really need both the applications for visas and professional registration to be fast-tracked immediately, to fill workforce shortages in the areas of urgent need,” she told The Sydney Morning Herald and The Age after a roundtable with Health Minister Mark Butler last week.

Mckinlay said an overseas recruitment drive was not the only answer to the workforce gaps and Australian nurses must also be trained up in larger numbers.

“We need marketing strategies that encourage young people to come into nursing as a profession. We are happy to help with any recruitment campaigns … but it needs to be funded by the federal government.”

Health Department modelling forecasts a shortfall of about 85,000 nurses by 2025 and 123,000 nurses by 2030 under current migration settings, which will be a key topic at the jobs and skills summit on Thursday and Friday.

Mcinlay came to Australia as a nurse from England in 1988 and recalls a smooth, quick process that included a paid airfare and accommodation when she arrived in the country. 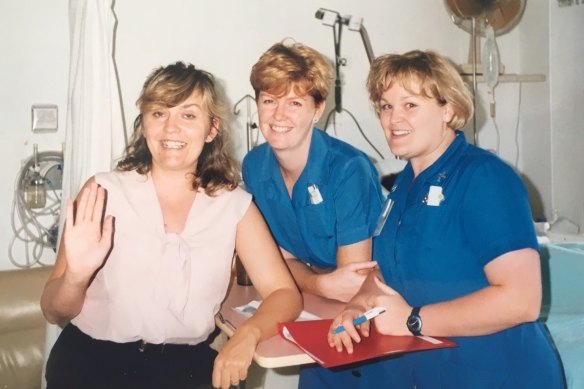 Australian College of Nursing Director of Education Yvonne Mckinlay, left, with colleagues on the ward in the early 1990s at the Prince of Wales Hospital.

“I was recruited in the November and I was working on the wards in the March the following year, in a very short period of time,” she said.

“You were interviewed, you got your letter, you knew where you were going. And accommodation was booked for me on arrival. It was a whole package.”

Now the college’s education director, she said nurses wanting to come to Australia from countries like the United Kingdom, Philippines and India were “complaining that it’s taking a long time to get visas and professional registration”, with many waiting a year or more.

“It’s hard to under understand why, with the technology that we have today,” she said.

Mcinlay’s travel costs in 1988 were funded by the NSW government, which had a program for recruiting nurses to its hospitals.

Canada, which is a popular destination for overseas-trained nurses, fast-tracked permanent residency for refugee nurses during the pandemic and has recently announced $115 million to cut red tape and expand its Foreign Credential Recognition Program.

A Canadian government spokesman said the initiative aimed to recruit an extra 11,000 overseas-trained healthcare workers a year and would include reforms to standardise exams, improve access to information and speed up approvals.

The Albanese government has hired an extra 180 visa processing workers to process a backlog of 60,000 claims by skilled migrants.

Mckinlay also said more support was needed to retain those nurses who did immigrate.

“We need to ensure that skilled migrants have a sense of belonging in Australia, link them to community groups, professional groups, so that we actually support that integration into the community,” she said.

Ministers, unions and business leaders at the Jobs Summit will discuss lifting the annual skilled migration cap of 160,000 migrants, set by the Morrison government before the pandemic, to a proposed 200,000.

A Home Affairs spokesman said the department was working with health bureaucrats on a solution to healthcare workforce shortages, with the government “investigating opportunities to improve skilled migration policy settings” ahead of consultation at the Jobs Summit.

Assistant Trade Minister Tim Ayres said on Friday that the government had “some work to do” to bring more skilled migrants into the country, while Skills and Training Minister Brendan O’Connor said “we need to increase the permanent skilled migration pathway.”