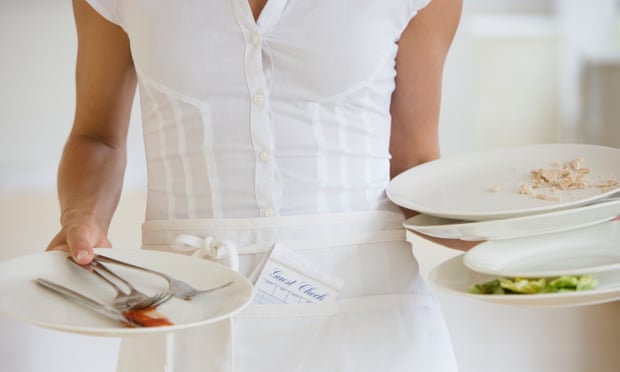 Coming amidst the underpayment crisis afflicting the George Calombaris restaurant empire, you could argue the Sash bros chose an unusual moment for their brave stand against Fair Work Act compliance – but they’re far from the only ones.

Here’s the short version. Sash directors Kyle Stagoll and Dave Nelson, who seem otherwise committed to the viability of “Hawaiian-Peruvian-Japanese” sushi pizza as a profitable enterprise, appeared in the Sydney Morning Herald to announce the collapse of their Sydney venture thanks to a confluence of unfortunate factors including “high wages, high rents, a slowdown in consumer spending, and UberEats.”

All four seem like potential bullet points in a responsible restaurant business plan, but the internet took particular opprobrium with the commentary on the wage issue. That and the fact they managed to spend $900,000 on the fitout, but that’s an argument for another day.

“Most of our competitors who have been successful over the past few years have been paying staff under the award rate, it seems the only way venues can stay ahead,” Stagoll told the Herald. “Does that mean hospo workers are drastically overpaid for the value they produce for a business? Probably.”

It could possibly indicate a cultural rot within the hospitality world if basic adherence to workplace law is considered a noble sacrifice.

Putting aside whether or not we believe that sushi pizza constitutes an unholy union unfit for human consumption, we can probably agree on one thing: he shouldn’t have said that.

The allegation of “drastic” overpayment is an absurdity: the award wage for a bar or restaurant worker ranges from a base rate of $19.49 to $24.77 per hour, which is hardly the height of luxury – especially for those living a comfortable traveling distance from Surry Hills for night work. If that is an eye-watering overvaluation of the average hospo worker’s contribution, then where realistically should they be at, all things being equal? Fifteen bucks an hour? Lower? Remarkably, discussion about the unfairness of the award wage rarely seems to include management’s ideal dollar figure.

The fact that wages is always the heart of the conversation is telling in and of itself. Rarely do we see restaurant owners seizing the national discourse to argue for lower rents or more affordable produce – it’s always labour which is considered a negotiable expense.

It’s entirely possible that this article, and others in the same genre, are canaries in the coalmine for a recession; subjecting us to the psychodrama of small business owners as they contend with the reality that their prospective customers don’t have much walking around money at the moment.

But inherent in this sort of messaging from hospitality barons is a pushback against the recent focus on systemic underpayment of wages in the industry, which has insidiously raised its head over the past few weeks.

After serious discussion of more severe punishments for wage theft – including possible criminalisation – business owners in the sector are to varying degrees coalescing around a central argument: underpayment is inevitable, because it’s impossible to run a business while paying the award wage.

Various factors, from rates themselves to the labyrinthine nature of the Fair Work system. (No argument is provided as to why the complexity of the award hasn’t led to systemic overpayment in virtually any case.) On the milder end of the spectrum, celebrity chefs like Maggie Beer argue that a “levelling” needs to occur, whereby Australians collectively agree that they must pay more to eat out, and restaurateurs agree to pay their staff properly.

Of course, all this bellyaching ignores something fundamental: no one is owed a profitable business.

That might be a difficult notion to accept in Scott Morrison’s “have a go, get a go” utopia, but we need to strongly push back against the notion that we must strip Australia’s (already fragile) worker entitlements for parts to ensure easier success for small business. Besides, wage theft has become a quite deliberate business strategy pursued by a not insignificant chunk of the hospitality world, and there’s little reason to trust the industry wouldn’t continue the practice even given the freedom to pay workers less.

At the end of the day, it’s very easy to poke fun at the Sash founders for identifying “having to pay staff” as the central failure of their three-month sushi pizza fever dream. But in their whinge we can see the germ of an argument coalescing among restauranteurs the nation over against a punitive response to wage theft. We shouldn’t let them make it.