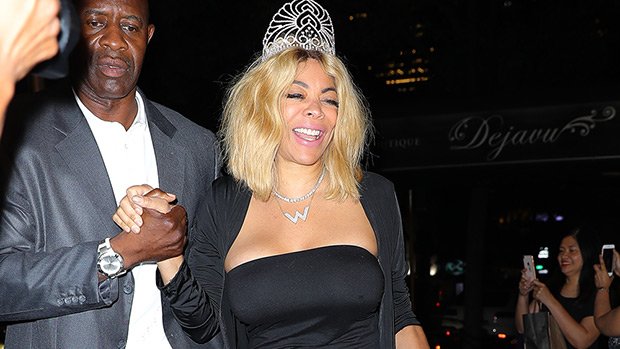 Wendy Williams is making sure that her 55th birthday is the best she’s ever had, so she’s stretching the party through the weekend! She’s all about self love and treating herself, we’ve learned exclusively.

Wendy Williams is truly living her best life after splitting with ex-husband Kevin Hunter, and she’s making sure her 55th birthday is the best one yet. She hasn’t taken off her tiara since celebrating the big day, Thursday, July 18, on her talk show, and she has no plans to stop the party train anytime soon. Wendy, as a source close to the entertainment queen told HollywoodLife EXCLUSIVELY, is all about practicing self-love and having a blast with her friends. As the source dished, “Wendy is enjoying her birthday and celebrating turning another year older this entire weekend. She told friends that she wanted to treat herself, so she went to the Tiffany & Co. flagship store on Fifth Avenue and bought herself some jewelry. She felt it was important to practice some self love!”

And what better way to celebrate “self love” than by blinging out with some new Tiffany diamonds to match her birthday tiara? Wendy debuted her birthday crown on the July 18 episode of The Wendy Williams Show, while wearing a curve-hugging, pink dress and blonde hair extensions. As the weekend nears, Wendy’s still celebrating. She confirmed on Instagram, while casually dropping that new BFFs Kim Kardashian and Kris Jenner sent her flowers, that she’s headed to her friend Nas‘ album release party on Friday, July 19. It’s about to get lit. “Tonight (July 19), Wendy will continue the celebration at Nas’ release party in NYC for his new album, NASIR,” our insider shared. “While the focus will be on Nas, she’ll have so many friends already together under one roof that she felt it was a great way to keep the celebrations going.”

Don’t think that Wendy’s waiting for her ex-husband to wish her a happy birthday. She’s looking for good vibes only! “Wendy and Kevin are cordial right now but she doesn‘t care one way or the other if she hears from him or not,” the source added. “She’s feeling amazing and everyone’s telling her how much of a positive change they see in her, so she feels great going into this next year of her life.”

HollywoodLife reached out to Wendy Williams’ rep for comment on this story, but did not hear back as of press time.