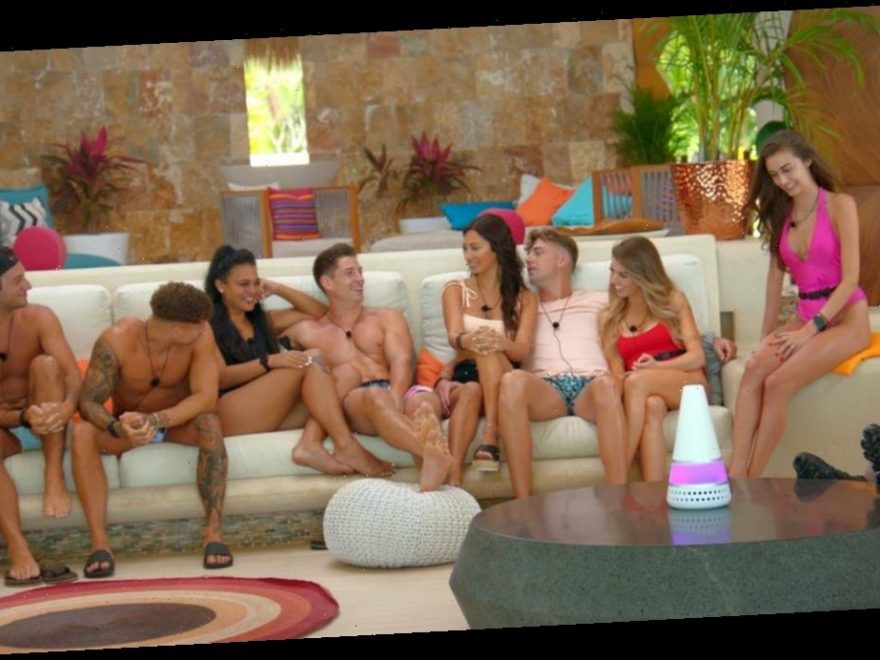 Netflix series Too Hot To Handle saw singles from around the world try to find love in an exotic Mexican resort.

However, in order to win the $100,000 (£80,000) prize money, the contestants were banned from physical contact, meaning no sexual activity including kissing, heavy petting, self-gratification and of course sex.

And 10 contestants out of 14 on the show, which aired last April, ended up winning a $7.5k share (£5,400) of the prize money after the aim was to experience “growth” and a “spiritual connection”.

But where are the stars of the reality show now? Let’s take a look…

The 27-year-old from Ottawa, Canada, coupled up with Australian Harry Jowsey on the show. The pair parted ways after one year together.

Harry spoke about their split in an emotional YouTube video in June, captioned: "Taking ownership of my decision. Not everything works out an that’s ok. Nobody is perfect and I had to end things to protect myself and Francesca."

However Francesca has since moved on with TOWIE star Demi Sims, 24, and the couple have announced they are moving in together in London after just a few weeks of dating.

The swimwear designer and Demi have recently soaked up the sun in the Mexican resort of Tulum and the pair are now in quarantine together after sharing a series of loved-up snaps.

And just days after going public with their relationship, the couple announced they had tattoos of each other’s names with Demi having an "F" on her wrist and Francesca having "Demi".

The 23-year-old Australian broke up with Francesca on the show after a year together.

The reality star, who has 3.7million Instagram followers, has an OnlyFans account along with an official merchandise shop selling hoodies and caps named Naught Possoms.

In a hint to his relationship status Harry shared a selfie of his incredibly-toned torso on Valentine’s Day, captioned: “Happy Valentine’s Day. If you want to spend today with me, hit the link in my bio.”

The reality star, 21, from Essex, is a model and brand ambassador for FashionNova.

Chloe failed to find love on the show but was among the winners who split the prize money.

The brunette beauty has recently been spotted soaking up the sun in Dubai with and has been pictured on her Instagram with Love Island’s Georgia Harrison.

She has 17.8k subscribers on her YouTube channel where she posts vlogs and skincare routines along with 1.4 million Instagram followers.

Atlanta-based Rhonda, 27, found a connection with Sharron Townsend, from New Jersey, on the Netflix show.

However the pair announced they had split in April with both of them blaming the 11-hour car distance between them.

Rhonda, who is mum to Amari DeAndre, has revealed she has since found love with “someone special”.

The 28-year-old, from London, is the founder of coaching site Endeavour Life and was a former semi-professional rugby player at Wasps rugby club.

David has now moved to Dubai in order to run his company and can be found sharing inspirational fitness posts to his 1 million Instagram followers.

The 25-year-old, from Ireland, now lives in London and is the founder of self-care brand Lovd.

The beauty did not find love on the show but went onto date Bryce Hirschberg and went public with their relationship in April.

However the couple parted ways due to Covid-19 travel restrictions and Bryce living in California.

Nicole shares clips of her singing to Instagram and has hinted in her bio that she has something music-related “pending”.

The 22-year-old from Jacksonville, Florida, studied at the University of North Florida.

The star left the Netflix series after the fifth episode after Lana revealed she had not been having a positive impact on the group, failing to obey the rules and not showing signs of growth.

Kelz also has a Cameo account where he does personalised message for £52.50.

The 29-year-old left the Netflix show on his own accord after failing to find a connection.

Matthew, who is living in L.A., went onto play Jesus Christ in the short film called The Christening.

He is a FashionNova Men ambassador and has 677,000 Instagram followers.

While their romance did not last, the professional kid’s wrestling coach can be found on Instagram flaunting his model looks to his 671,000 followers.

He also has an OnlyFans account and starred in Fetty Wap's "Fresh and Clean" music video.