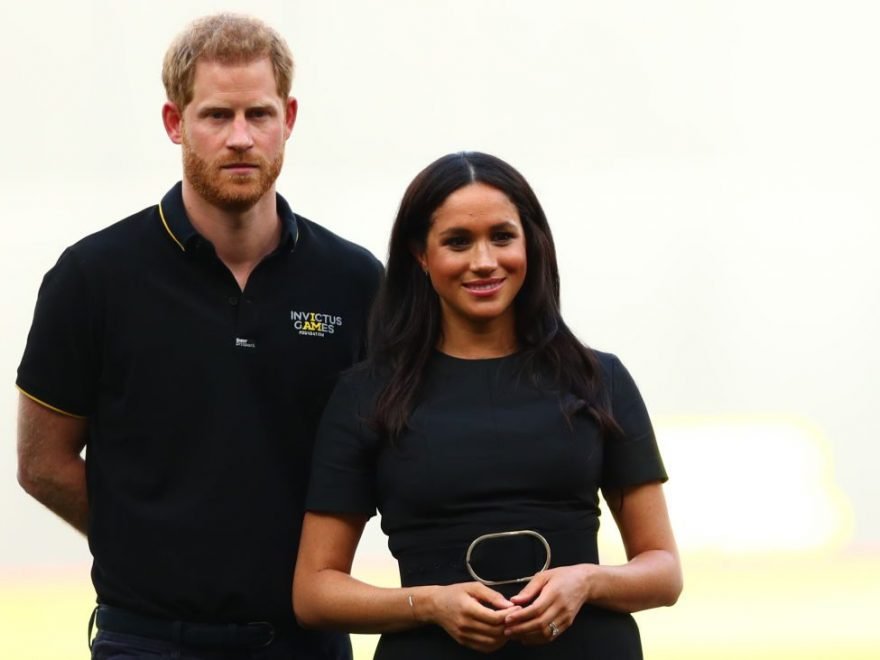 More than a handful of pearls have been clutched at the meremention of MeghanMarkle’s name. When the engagement between her and Prince Harry wasannounced in 2017, people cheered over the fact that Princess Diana’s youngest sonfinally fell and love and wanted to settle down, and the then-actress had both admirersand detractors.

After a lavish fairytale wedding and the birthof their first child, the Duke and Duchess of Sussex have continued toendure scrutiny, insults, and sprinkled in there somewhere, support. But MeghanMarkle has received the brunt of public scorn when it comes to the royalfamily, and instead of fading, it’s only increasing—to daily attacks. For a monarchythat’s seen its share of scandals, criticism, and marital strife, how did Marklebecome public enemy/scapegoat number one?

In addition to being marked as the reason for an allegedfeud with Kate Middleton, British tabloids have also made her Markle out to be anenemy of her husband’s relationship with his brother, Prince William. The twohave always been close, especially having to deal with the trauma of losingtheir mother so young, and they’ve found ways to work together in their royalduties and for the community.

When Markle came on the scene, she was inducted into the foldand the couples were charmingly nicknamed “The Fab Four.” But then reports andrumors began circulating that Prince William did not approve of his brother’s fiancéeand that led to a split in living quarters and office arrangements.

These rumors have been ongoing for months, but a recentreport shared by FoxNews claims that Prince William believes Meghan’s influence on the princeand the couple’s behavior has been “detrimental” to the monarchy.

Markle’s been tagged as the reason for royal overspending

If you took a poll of the British public, many are not fansof the monarchy at all, let alone individual members of the royal family. Withthat said, the royals have been subject to criticism about their spending andfinances for decades. Prince Charles and Camilla have come under firefor their travel expenses, and, according to an old ABCNews story, the Royal Parliament did not mince words with the Queen’streasurer about pulling back on the use of public purse funds.

Markle, a former actress, came into her union with PrinceHarry with a degree from Northwestern University and a few million in the bank fromher career. Each of the dukes were left inheritances from their late mother,and Prince Charles helps to fund some of their events, needs, and trips.

Complaints about Markle hinge on her being an Americanactress and the perception that she desires to live extravagantly and “climb asocial ladder.” Her baby shower (paid for by friends), her Vogue spot, herwardrobe, and vacations she’s taken with her husband have all been condemned.

Fans and supporters of Markle and Prince Harry have beenquick to point out that other royal family members don’t catch as much flack asthese two. Somehow, PrinceAndrew has managed to escape the level of public judgement that the dukeand duchess have faced for his association with convicted pedophile JeffreyEpstein, in spite of evidence showing that he knew more and did more than he’spossibly letting on.

Additionally, when news of Prince William’s alleged affair withRose Hanbury hit the news, the media did not take their sights off of MeghanMarkle—even feeding into her estranged sister’s drama. What happened to that Hanburystory anyway?

Prince Harry has been forced to make statements defendinghis wife, citing that many of the attacks are racially based, and that people areshowing their biases based on the negative coverage and commentary on Markle. BuckinghamPalace has also come to Markle’s defense (and Prince Harry’s) to dispel rumorsof family turmoil and to refute claims of diva behavior with neighbors.

But the duke and duchess’s personal friends have had enoughtoo. When people went haywire over the couple’s trip to Nice, France, EltonJohn revealed that he financed the affair and allowed them (and baby Archie) tostay in his private, secluded home.

Recently, one of Markle’s best friends, Jessica Mulroney,called out people for their attacks.

InStyle also noted that Jameela Jamil tweeted a message about the British press’s unforgiving stories about the duchess and that one tabloid called her DNA “exotic.” While some of Markle’s haters view her as a self-centered Hollywood prima donna, those who are close to her call such descriptions of her lies.

Markle is unlike others who have married into the British royal family, which has its advantages and disadvantages. Being different has no doubt made her an easy target for royal scapegoating.

It remains to be seen if the attacks on Markle will ever letup, or if Prince Harry will come out and remind the public of how the media’streatment of his mother led to her death.