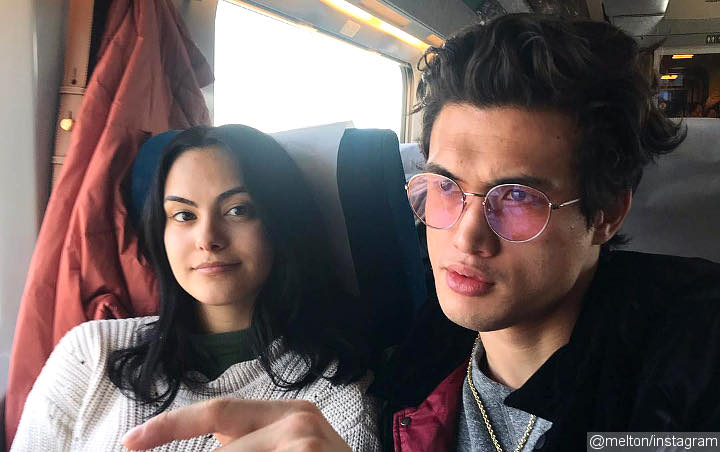 While the ‘Riverdale’ actress shares a photograph of them kissing on a boat, her actor boyfriend lets out a snap of them cuddling with a simple ‘I love you’ caption.

AceShowbiz –Camila Mendes celebrated her one-year anniversary with boyfriend Charles Melton with a sweet post on Instagram on Friday (August 23).

The 25-year-old shared a photograph of the couple kissing on a boat, with the sun setting over the ocean in the background.

Melton also marked his romance with his girlfriend, and posted a similar shot of them cuddling on a boat. “I love you,” he simply wrote alongside the photo.

Mendes previously opened up about her relationship with “The Sun Is Also a Star” actor, and told Entertainment Tonight that Melton frequently writes her love letters.

“He’s a hopeless romantic, for sure,” the “Riverdale” star gushed.

The couple confirmed their romance in October last year (18) with Mendes sharing a picture of the couple embracing. “Mine,” she captioned the snap.