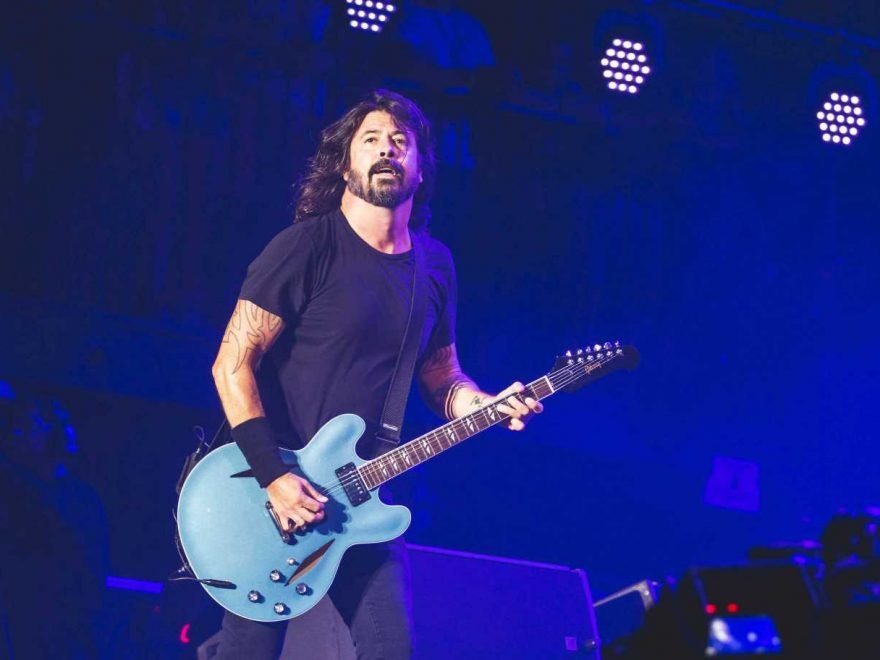 Foo Fighters welcomed a special guest on stage during their headlining performances at Leeds festival in the U.K. over the weekend. Dave Grohl’s daughter Violet appeared alongside the band for a rendition of “My Hero,” a track she particularly wanted to perform.

“This has been a special trip for me because on this trip we have a new Foo Fighter in the band with us,” Grohl told the audience, adding, “Let me tell you something—she is the best fucking singer I know.” The frontman gave his daughter a lengthy introduction, welcoming her with the accolade, “Ladies and gentlemen, the best singer in the Grohl family: Miss Violet Grohl right now, right here.”

In the clip, Grohl and Violet swap vocals and duet on the 1997 track, which comes off the band’s album The Colour and the Shape. The song becomes an emotional duet as father and daughter join their voices together on the chorus.

The Foo Fighters also performed at Reading festival later in the weekend, where they paid tribute to late Prodigy singer Keith Flint. “I wanna keep singing with you,” Grohl told the crowd at one point before performing the band’s track “Run.” “I wanna sing this one for Keith from The Prodigy.” He also recalled playing Reading with The Prodigy in 2009. “That was the craziest shit I’ve ever seen,” he noted.