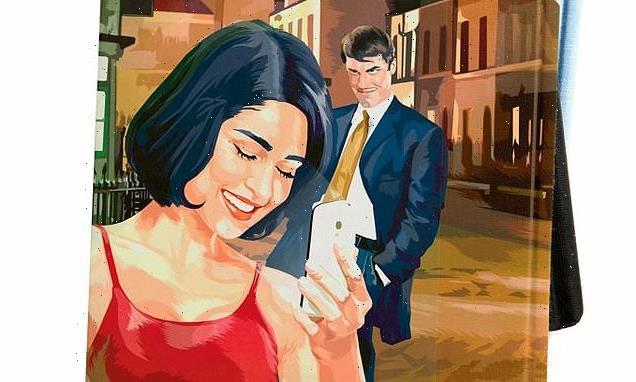 Why we’re back in love with old-school romance! Once considered terminally trashy, Mills & Boon novels now have legions of avid new fans. LAURA CRAIK finds out why its brand of retro escapism is striking a chord once again

You are jetting off to Greece, leaving your stressful life behind you for two glorious weeks. A beachy holiday calls for a beachy read: as you peruse the shelves of your local bookshop, you avoid anything by Hanya Yanagihara (too depressing), Umberto Eco (too highbrow), Jonathan Franzen (too confusing), Hilary Mantel (too historical) and any blurb containing the words ‘postwar’, ‘intergenerational’ or ‘dystopian’. You want romance. You want passion. You want levity. You want Mills & Boon.

Only you can’t be seen with Mills & Boon, because in the pantheon of trashy, undemanding holiday reads, this particular imprint is too trashy and undemanding even for your lowbrow literary tastes. People will snigger at you by the pool. Reading Mills & Boon is like dancing to ‘Agadoo’, wearing frosted pink lipstick or sipping a sex-on-the-beach cocktail.

At least, it used to be. Thanks to a random confluence of circumstances as unlikely as the plot of one of its books, the 114-year-old imprint is enjoying a revival. Partly, its resuscitated fortunes come courtesy of TikTok, or more specifically #BookTok, dubbed ‘the last wholesome place on the internet’ on account of its earnest recommendation of novels old and new, many of which have then gone on to sell tens of thousands of copies a month. With more than 67.5 billion views and counting, the hashtag has hugely revived the fantasy and romance genres, flipping the idea of Mills & Boon as a guilty pleasure and rebranding it as a choice if not to be proud of, then at least unashamed. 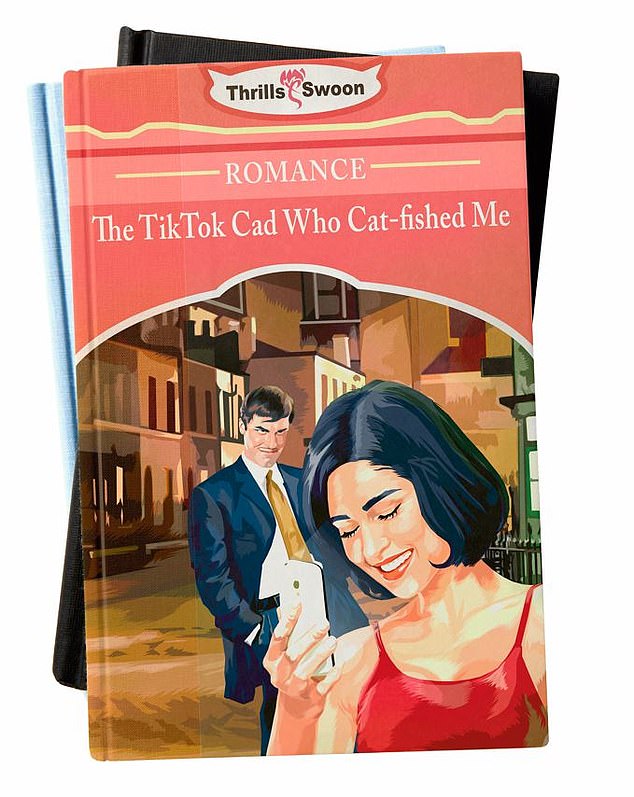 Mills & Boon books are considered to be trashy – you can’t be seen reading them. Recently TikTok has revived the romance fiction UK-based publisher. Illustration: Matthew Laznicka

That the romantic fiction imprint founded in 1908 by Gerald Rusgrove Mills and Charles Boon has captured Gen Z’s imagination isn’t so surprising, given its fascination with the recent past. Much as Gen Z fetishises the style of Princess Diana and the music of Kate Bush, so too does it worship the retro graphics, outlandish plots and old-fashioned titles of historic Mills & Boon novels, with those hailing from the 80s finding particular favour. #Millsandboon currently has 564.2K views, with users proudly documenting their collections. ‘How’s this for vintage smut?’ asks one user, holding up a trio of books titled Arrogant Interloper, Tiger In His Lair and A Handful Of Stars. That the rainbow-coloured spines look good on Gen Z’s bookshelves only adds to their appeal.

But it’s not just their aesthetic that is fanning the flames: the content is compelling, too. Nineteen-year-old Evie first encountered a Mills & Boon novel while visiting her grandmother in Knaresborough. ‘I only started reading it because I’d forgotten my phone charger, and had nothing else to do,’ she recalls. ‘But then I kind of got hooked. The plot was cheesy, but I liked that, and also that it was so vanilla. Boys my age have grown up on a diet of phone porn. Vanilla, they are not. Maybe I enjoy the Mills & Boon heroes because they’re old-fashioned and romantic, with all the stereotypical behaviour that brings. I consider myself a feminist, but I’d still like to be swept off my feet, and I don’t think there’s anything wrong with that. I’d say it’s the same reason so many teenagers love Bridgerton.’

It’s ironic, perhaps, that while Gen Z is enjoying the original, unreconstructed Mills & Boon novels, its publisher, HarperCollins, is set on reinventing them. Recent offerings have seen the brand respond to cultural changes by incorporating queer storylines and becoming more racially inclusive, as well as revising its covers to embrace a more contemporary look.

Last month, it welcomed a new author to its stable in the form of 24-year-old Amber Rose Gill, the Newcastle beautician who won the 2019 series of Love Island alongside Irish rugby player Greg O’Shea. That their love story didn’t last was no impediment to Gill penning one of her own – in which she could create the heroes she wanted.

Before you could say ‘throbbing with desire’, Gill (with the help of seasoned Mills & Boon co-writer, 52-year-old Nadine Gonzalez) had replaced prosaic Greg with dashing Roman, the handsome protagonist of Until I Met You. ‘Fed up with his corporate job, after years in New York, Roman was starting again in Tobago,’ reads the blurb. ‘The last thing he needed was a distraction, especially a free-spirited travel blogger. But something about Samantha inspired a protective instinct in Roman…’

While the story sounds straight out of 1983, the book’s heroine, Samantha, is independent and strong-willed, according to Gill, and far feistier than M&B heroines of old, who tend to swoon at the merest hint of a marriage proposal. Equally feminist and independent are the heroines in Made in Chelsea alumna Georgia Toffolo’s books, whose Meet Me… series touches upon subjects such as infertility and disability, with a multiracial cast of characters. So far, they’ve sold more than 100,000 copies. And let’s not forget Sarah Ferguson, Duchess of York, whose debut historical thriller, Her Heart For a Compass, was a top-ten bestseller. Published last year and based on the duchess’s own ancestor, the 500-plus-page romance tells of the red-headed Lady Margaret Montagu Scott, who flees an arranged marriage to find true love. Ferguson also hosts a successful Mills & Boon book club.

Mills & Boon won’t be drawn on who is implementing this drive for (heavily ghostwritten) celebrity authors and modern, inclusive storylines, but says it has always tried to be representative of the times. ‘We’re looking for talented new writers from all backgrounds, cultures and communities,’ says marketing director Katie Barnes-Wallis. ‘Our Love To Write competition, in which we partnered with Amber Rose Gill, was launched to find romance writers from under-represented ethnic backgrounds, to increase racial diversity and representation within the romance genre. Georgia Toffolo’s love of books and reading was evident from her social media and her online book club, and her stories have reached a new generation of readers who are discovering books through social media.’ Over half of the brand’s Facebook and Instagram followers are under the age of 44, with the 25-34 age group being the fastest growing sector across both platforms.

While the pandemic has undoubtedly fuelled an increase in book sales – fiction was up 20 per cent compared with 2019, according to data analysts Nielsen – it’s the romance genre that is particularly on fire, with a volume growth of 49 per cent compared to 23 per cent for science fiction and 19 per cent for the crime and thriller genre. With one of its books sold every ten seconds in the UK, Mills & Boon is the schmaltzy jewel in the romance genre’s crown, beloved by readers despite being sniffed at by the literati.

‘They’ve been savaged and disparaged by critics, but the public has always read what it wants to,’ notes Christina Bunce, director and co-founder of the Professional Writing Academy, whose Writing Romance course (taught by a former Mills & Boon writer) is popular with those eager to pen books for the brand. ‘Literary quality has never led sales. Who’s to say one form of literature is worse than another? Many people don’t want to read literary fiction that provokes existential exploration. Mills & Boon provides a fun read, expertly crafted. All books have a narrative structure, and they’ve mastered the art of storytelling that all the best literature embodies – it’s just the subject matter that’s different.’

It’s a subject matter so compelling, packaged so enticingly, that it has spread much further than the printed page. Hit Netflix series, including Virgin River and Sweet Magnolias, are based on Mills & Boon books. Thor: Love and Thunder director Taika Waititi admitted to Wired magazine that he was influenced by the iconic 1930s covers of its novels when shaping the look and feel of the new Marvel film.

Whether on film, TV, TikTok or the beach, this is undoubtedly Mills & Boon’s hot book summer. Not bad for a 114-year-old.

WANT TO WRITE A ROMANTIC ROMP? 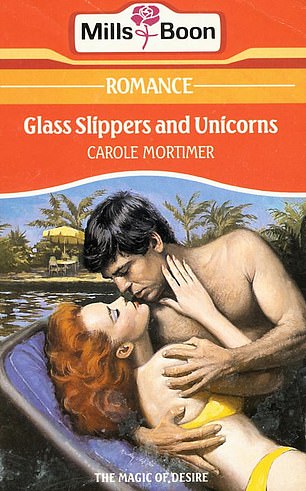 In the past the more passive, porcelain and prudish the heroine the better. Now leading ladies can have more bite. Divorcées, single mothers and even (brace yourself) working women are all allowed – but she must, no matter the circumstances, always need saving.

Previous examples include: Apollo’s Seed, Love and the Kentish Maid, Master of Marshlands, Mystery at Butlin’s and Grace Before Meat. Let your imagination run wild.

No messing around here. A few tender embraces, plenty of trembling and quivering and the odd wave of ecstasy will do the trick.

Still mostly alpha males. Tanned skin is a bonus, as is a strong jaw and a big bank account. Greek tycoons, possessive sheikhs, billionaire CEOs, repressed aristocrats and workaholic doctors are all tried-and-tested successes. Russian oligarchs have done well in the past but perhaps not in the current climate.

Ideally, this should take place three-quarters of the way through the story. It will almost certainly be caused by male ineptitude.