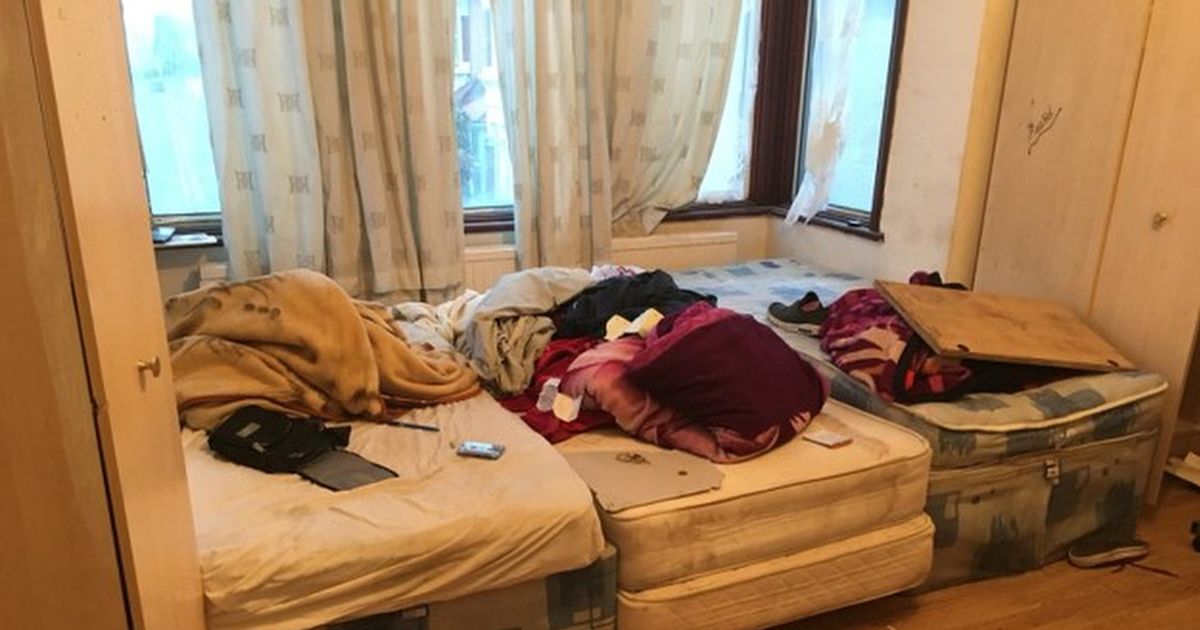 A labourer was made to clean bedrooms at a hotel for £1.80 an hour and live in cockroach-infested hovel.

The Romanian woman, who spoke behind a screen in court today, was promised a better life in the UK by brothers Valentin, Grigore and Alexandru Lupu.

But she and multiple other victims were exploited in a scam which earned the brothers £2.5million in five years.

Police eventually found more than 30 men and women cooped up in a three-bedroom terraced house in Barking, east London, which was infested with cockroaches.

"There was a curtain in the middle of the room where they had beds and the curtain was separating the couples from the men," the woman, who was recruited from a bar in Romania, said.

"I said four because in fact there were many more and I was never sure of the names.

"You can imagine I would change in the bathroom, but I could not sleep in at ease in my PJs. The curtain would move it would be pulled across because they had to get to the door.

"There was hot water, but it would stop precisely when you were having a bath. We were given a ration.

"The main part for switching the water on and off was in the kitchen.

"I was working around eight hours day seven days a week with one day off every two weeks."

Valentin Lupu, 24, Grigore, 39, and Alexandru, 43, were jailed for a total of 28 years at Blackfriars Crown Court today.

The court heard Valentin and Grigore Lupu would beat and threat any of those who raised objections to the oppressive regime.

Grigore and Valentin Lupu were both jailed for ten years while Alexandru Lupu was sentenced to eight years imprisonment.

"It involved the denial of their humanity and failure to recognise that these are human beings who feel pain and misery just like all of us.

"In effect you were acting as gang masters. The workers were subject to debt bondage."

Valentin, and Grigore, from Ilford, east London, and Alexandru, of Forest Gate, east London, all denied but were convicted of conspiracy to require other persons to provide forced or compulsory labour.

Valentin and Grigore were also convicted of conspiracy to arrange or facilitate the transport of others with a view to exploitation and converting criminal property.

Ian McLoughlin, prosecuting, told the court workers were forced to live in squalid conditions "with the cockroaches, the insects, the mice."

The Romanian woman lived at the property from 5 September until 14 November in 2015.