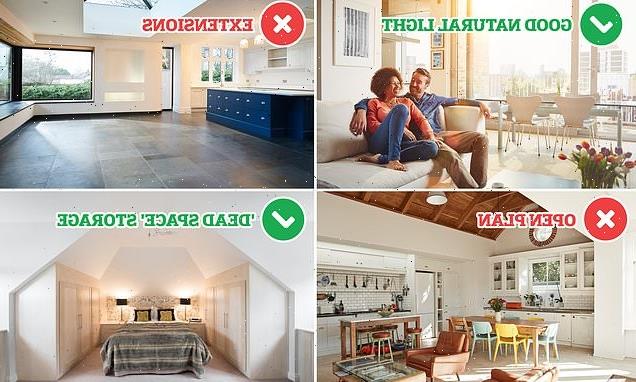 Architect reveals how to make YOUR small rooms feel larger, including building storage in ‘dead space’ and investing in natural light – and explains why extensions are NOT always the answer

An architect has has revealed how to make your small spaces feel larger – without having a massive renovation budget.

Lizzie Fraher, who appears on BBC’s Your Home Made Perfect, explained costly back of the house extensions and open-plan living are not always the solution.

The architect, co-founder of South London-based practice Fraher & Findlay, said the very first task for home owners looking to makeover their property, is diagnosing the areas that they think are a problem.

‘It’s like when you go to the doctor and try to find what the illness is, you look for all the symptoms. And by doing that, what you can do is, you can diagnose if there’s anything you can do to the existing space to make it feel better,’ she said.

‘So for example, are particular rooms giving you horrendous anxiety because you know you can’t pass past one another without squeezing through a doorway and causing kind of friction or are the windows too small?

‘And all that makes a space feel really, really small because there’s lots of areas of shadow and darkness and it would be much better if it’s lighter.’

Lizzie said identifying these smaller issues and remedying them will ‘inherently make the space feel much nicer, without necessarily extending the space which is obviously really important for working on a budget.’

Here, the architect reveals her top tips for making your rooms seem larger..

Extending is NOT always the answer 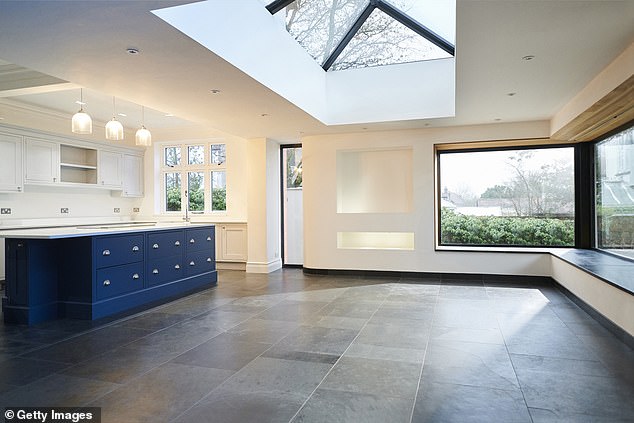 More space doesn’t mean better space: Architect Lizzie Fraher, who appears on BBC’s Your Home Made Perfect, explained popular back of the house extensions and open-plan living are not always the solution if you feel like you need more room. Stock image

‘I would never suggest that the first remedy is to extend, that’s often not the case, often it can make your existing spaces worse,’ insisted the architect.

‘There’s no point in extending and putting a big box on the outside of your building [if you haven’t fixed inside] – and then that certainly might deprive your existing rooms of lots of natural light.

‘So I always look at your existing floor plan, your existing building and see what can be changed. That way you can reconfigure without extending first.’

Do invest in natural lighting 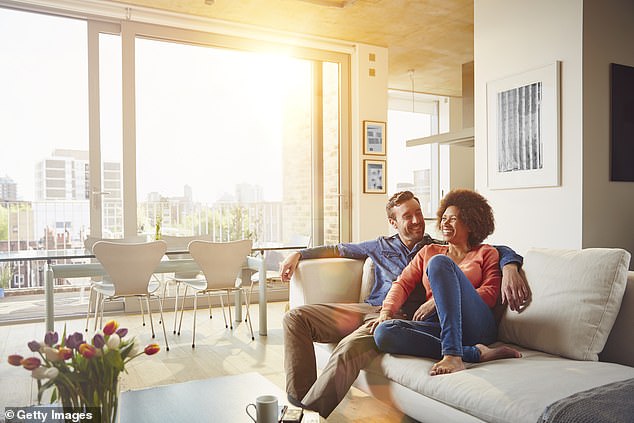 Let the light in: Pay attention to where you get the light in the house and work around this. In the absence of natural light, ‘loads and loads’ of artificial lights can work too. Stock image

‘Light is a really big one,’ said Lizzie. ‘Think about where you get your light from, what quality of light is it? Is it light a particular time of day, because you might have really great lights in the morning but dreadful lights in the afternoon.

‘And that might be fine or you might say “I’d really love to get some more of the afternoon lights” and by doing that you can think, “well because the sun comes up at the back of my house I therefore need to open up those spaces”.

Lizzie said it’s always better to try and use natural light – opting for more windows in each room – but that there’s a balance ‘because too much glass would overheat a space’.

‘It is always best to try and design to increase natural light because as human beings we respond better to it, but there’s loads and loads of artificial lamps that can also reflect natural light.’

Get clever with storage to rid yourself of clutter 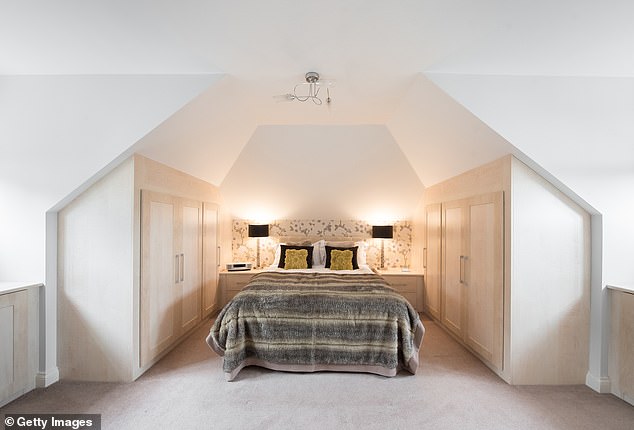 Use the dead space: Built in storage under the stairs or a sloping roof makes the room work harder for you and gives you more places to put your clutter. Stock image

Lizzie said avoid too much ‘visual noise’, explaining that if ‘there’s just too much going on, there’s lots and lots of bits and pieces’, it will make a room seem smaller.

She continued: ‘I always try to have storage in spaces which aren’t particularly used, that are already compromised so under the stairs is the classic example, where it’s brilliant to tuck storage underneath.

‘Underneath roofs, a roof slopes down, that’s a really great space of storage. Kind of think about kinks and notches in your existing building, and those kinks and notches and natural kind of crevices to take extra storage space so I’d always seek those out, because you’re not going to use them for much else.’ 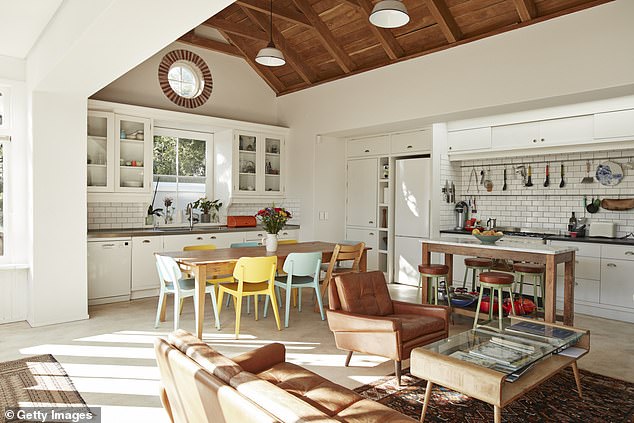 While the ‘general preconception’, said Lizzie, is that if you go open plan you’ve got rooms that look larger, the architect insisted this isn’t always the case. 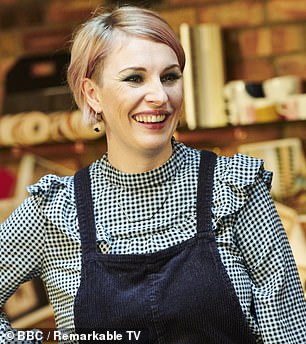 ‘If you have a space that is totally open plan and then you have a noise or distraction in one of the spaces, that can totally impact the rest of the space, it can completely disrupt and antagonise somebody and how they’re feeling in another part of the house.

‘So open plan doesn’t always make spaces feel bigger. You can have broken plan which is kind of zoning areas and zoning spaces, but they do have a bit of separation, there’s also some kind of connection to one another.

Think about the circulation of the room

‘When you need to go in and out of the room for example, or are there areas where you can’t enjoy sitting or watching TV because people are constantly walking in front of the screen?

‘Circulation is a big one – thinking about how you move around the space,’ insisted the designer, as she explained that the more you clash, the smaller the room feels.

‘Or even as something as simple as furniture – making sure that that doesn’t completely take over,’ she said.