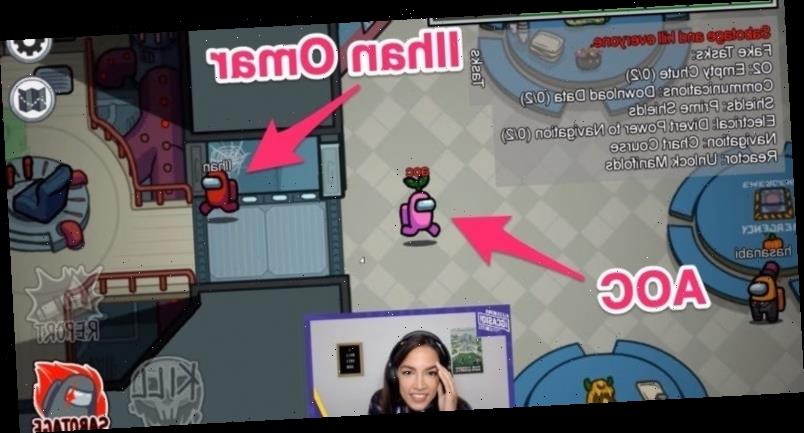 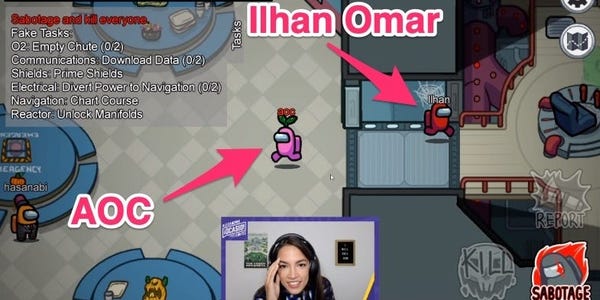 On Tuesday night, Rep. Alexandria Ocasio-Cortez streamed "Among Us" on her newly minted Twitch channel, which launched on Monday and currently has over 620,000 followers. Despite being new to Twitch, her viewership was massive: Ocasio-Cortez's stream alone drew in over 430,000 concurrent viewers at its peak, making it one of the most highly viewed Twitch streams ever. She was even joined in the game by fellow Democratic congresswoman Rep. Ilhan Omar.

Aside from sky-high numbers on her own channel (not to mention the simultaneous broadcasts from other streamers playing alongside her), it's not hard to see the impact of the congresswoman's stream if you go on Twitter, or TikTok, or Reddit, where people are posting memes and highlight reels left and right.

Ocasio-Cortez is far from the first politician to join Twitch: Sen. Bernie Sanders has a Twitch channel with nearly 160,000 followers that launched in 2019, and Democratic presidential nominee Joe Biden's campaign recently launched its channel with a lo-fi train stream last month, to provide just two examples.

What made her stream unique among politicians, however, was the fact that she wasn't streaming a podcast, campaign speech, or any way of delivering her message head-on. Rather, she was playing one of the most popular video games of the current moment with established Twitch personalities. She managed to not only meet potential voters where they wre, but also provide content that felt authentic to the platform. The memes and fandom response that followed were testament to that.

'Among Us' is one of the biggest games of the moment, which made it a perfect choice to stream

"Among Us" is a four to 10 player hidden role game that functions similarly to games like the party game mafia: One or two players are "impostors" who travel around the game's map trying to kill off other players while avoiding discovery, while "crewmates" go about their tasks and try not to get killed as they attempt to find and expel the impostor(s).

The game has experienced a meteoric rise to social media stardom in 2020, despite the fact that its developer, InnerSloth, released the game in 2018. Per Kotaku, "Among Us" became popular in the United States after streamer Chance "Sodapoppin" Morris started playing it in July.

Not only does the game's format provide ample space for banter, personality, and discussions like one that the congresswoman had with British streamer Hbomberguy about healthcare, it's also one of the most popular, and most memed video games of the current moment. Content about the game is a mainstay on social media platforms like Twitter and TikTok.

The memes that followed played into existing fandom tendencies

Throughout the stream and in the hours that followed, clips, one-liners, and screengrabs of Ocasio-Cortez and fellow players like TikTok-famous musician Maia "mxmtoon" or streamer Corpse, who also goes by Corpse Husband and is well-known for having a deep voice, quickly circulated. Part of the fun was derived from the novelty of seeing well-known streamers interact with Reps. Ocasio-Cortez and Omar. Another part of it was living, at least a little bit, vicariously through them.

Fans also focused on the novelty of seeing what would have seemed like improbable interactions in the past, like this cordial exchange between Corpse and Ocasio-Cortez.

There was even a viral "fancam," a term that originated in K-pop fandom but has come to signify both idol performance videos as well as snappy edits that circulate on social media, that tracked Ocasio-Cortez's gameplay.

Other shared moments veered closer to the snappy one-liners and facial expressions that have been integral parts of the recent 2020 debate memes cycle. Joe Biden's "Will you shut up, man?" line from the first Presidential debate was widely circulated on social media. In turn, political organizations like People for Bernie quickly picked up on lines during the stream like Ocasio-Cortez's, "You guys can call me AOC. Mike Pence can't call me AOC."

Fandom engagement in politics isn't new, and Ocasio-Cortez's stream made it particularly plain to see

As The Verge's Makena Kelly reported, Sen. Ed Markey has cultivated a stan army of his own that are prepared to "meme him into reelection." As Kelly also reported earlier this year, candidates have turned to social media influencer-like behavior while running digital-first campaigns, focusing on engagement.

The phenomenon isn't just top-down, however. People display increasingly stan-like tendencies when it comes to political events. Most recently, YouTuber and TikTok personality Hank Green floated the idea on TikTok of streaming Biden's town hall on multiple devices in a bid to boost his ratings, mimicking music fandom streaming behavior.

And, as reporter Gene Park wrote for Launcher, The Washington Post's gaming vertical, Twitch streams are already a well-trafficked pastime. Watching someone navigate their way through a video game that you're already familiar with can create a sense of kinship.

Some of the meme response is likely due to the novelty of watching Ocasio-Cortez and famed streamer Pokimane trade back kills or seeing sitting congresswoman Omar tweet the word "poggers," a word common in gaming communities that conveys excitement.

Still, it seemed to be a watershed moment and a breakthrough in understanding about how politicians can leverage fandom, especially if they're as meme-savvy and outreach-inclined as Ocasio-Cortez.

All of the discourse around the event means that the messages Ocasio-Cortez had set out to deliver — make a voting plan, ask those around you how they plan to vote, and participate in the upcoming election — reached a wide audience that traveled past the boundaries of Twitch itself.

The stan-like response to Ocasio-Cortez's stream proves a salient point: meeting potential voters where they are, and engaging them with content in a way that feels authentic to them, can generate a powerful response and in turn, some pretty great clips and memes.