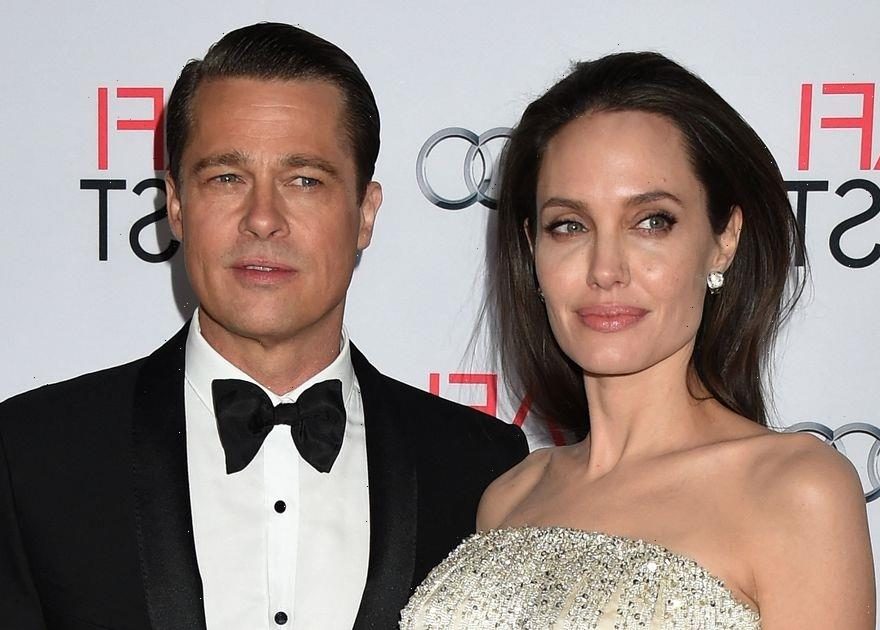 Angelina Jolie has revealed her cryptic new tattoo, and it appears to be a secret dig at her ex Brad Pitt.

This comes after the superstar pair were locked in a heated custody battle over their their kids following their divorce back in 2016.

The Hollywood actress, 46, was photographed with her new ink as she was out and about in New York last week.

The Tomb Raider star has got herself a quote by Galileo Galilei on her forearm which reads: "Eppur si muove", translating from Italian to: "And yet it moves."

The quote from the famous scientist dates all the way back to 1633, when Galileo was forced to withdraw his (correct) statement that the Earth moves around the sun.

He made the quote to assert that one day the truth will come out – which could refer to her legal battle with Brad, 57, concerning their children which involved a number of allegations about his behaviour.

The A-Lister's latest tattoo sits above a quote from a poem by Rumi which reads: "There exists a field, beyond all notions of right and wrong. I will meet you there."

Angelina's new ink has appeared just after Brad won joint custody of his children with Angelina last month (May).

Whilst Brad was reportedly delighted by the legal decision, a source close to the conflict has claimed Maleficent star Angelina is "bitterly disappointed".

Speaking to US Weekly, the inside source said: "She will never forgive him. She maintains it’s far from over and still believes that justice will prevail."

The source went on to refer to the ruling itself, adding: "Angelina’s testimony lacked credibility. The decision was based on extensive testimonies from people who spent time with the kids and by highly respected professionals."

Judge Ouderkirk ruled against Angelina in court, not believing the allegations about Pitt's behaviour and ordered him to be granted a 50-50 split access to his children.

The ruling followed nearly five years of the Oscar-winning star attempting to win joint rights to his six children.

The former couple split in 2016 after 12 years together, with Angelina citing "irreconcilable differences" on the divorce papers.

The divorce came after an incident on a plane where Brad allegedly clashed with his eldest son Maddox after losing control of himself, with Maddox reportedly testifying against his dad in court.

Brad was cleared by the FBI of any wrongdoing after an investigation, and the LA County Department of Children and Family Services ruled he had not been physically abusive to any of his children.

More recently, Angelina has reportedly been "reconnecting" with her ex-husband Jonny Lee Miller more than two decades after their divorce, according to the US Sun.