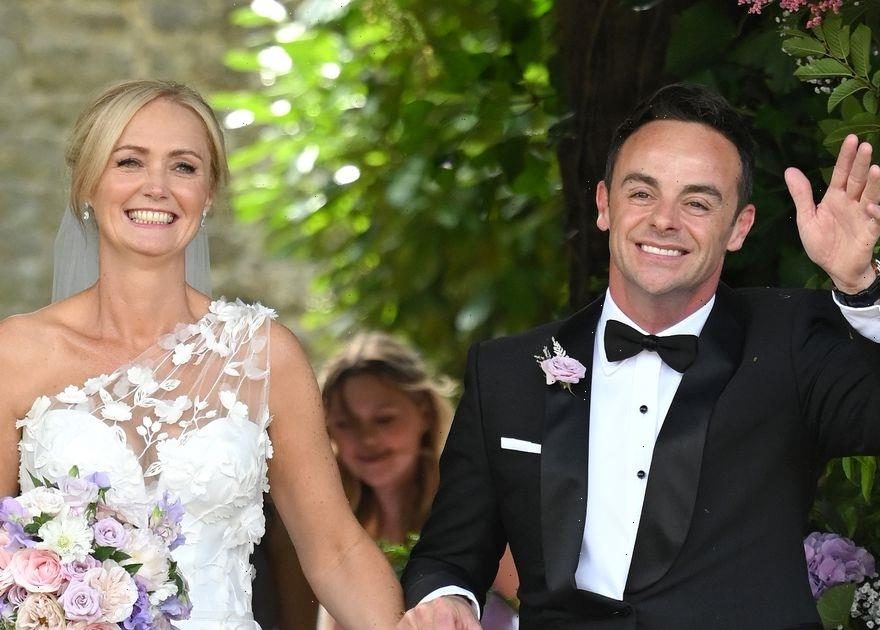 Ant McPartlin has revealed a romantic tattoo tribute to his new wife Anne-Marie Corbett, after they got married earlier this month.

The Geordie favourite is enjoying his honeymoon with his former PA-turned-wife in the Algarve, Portugal.

The 45-year-old was photographed having some fun on the beach and he whipped his top off to reveal his latest inking.

Wearing just a pair of blue swordfish-themed swimming trunks, Ant's new tattoo was clear to see – and it was seriously romantic.

Right over his left pec, the ITV presenter had the outline of a heart, with a circle inside surrounding the letter A.

Ant and Anne-Marie have been joined by her two teenage daughters Poppy and Daisy on what they've dubbed their "familymoon".

The teenagers, from Anne-Marie's marriage to ex-husband Scott Corbett, were also bridesmaids at the star-studded wedding earlier this month.

Ant reportedly paid tribute to his step-daughters in his wedding speech, saying: "I'm grateful they call me dad."

But he poked fun at himself too, as he opened things up by saying: "Hi I'm Ant and I'm an alcoholic."

The event, in Hampshire, saw some of the biggest names in primetime British television turn up – and of course Ant's best pal Declan Donnelly was there as his best man.

Christine and her husband Frank Lampard had so much fun that she was left struggling to talk.

She was hosting Lorraine the following Monday, but she had a hoarse voice which had been caused by singing too loudly, she said.

"Because not only was I screaming over the music talking to everybody but I was obviously singing as well and the voice went yesterday."

And it sounds like it was the party of the year, as David Walliams revealed that Ant and Dec had treated guests to a special performance.

He said the "wonderful and very romantic" event had been topped off by the Geordie duo performing a rendition of their iconic track Get Ready to Rhumble.

Sadly, they banned him from sharing the video, but he said: "It's one of the funniest things you have ever seen."

For more of the latest showbiz news from Daily Star, make sure you sign up to one of our newslettershere.