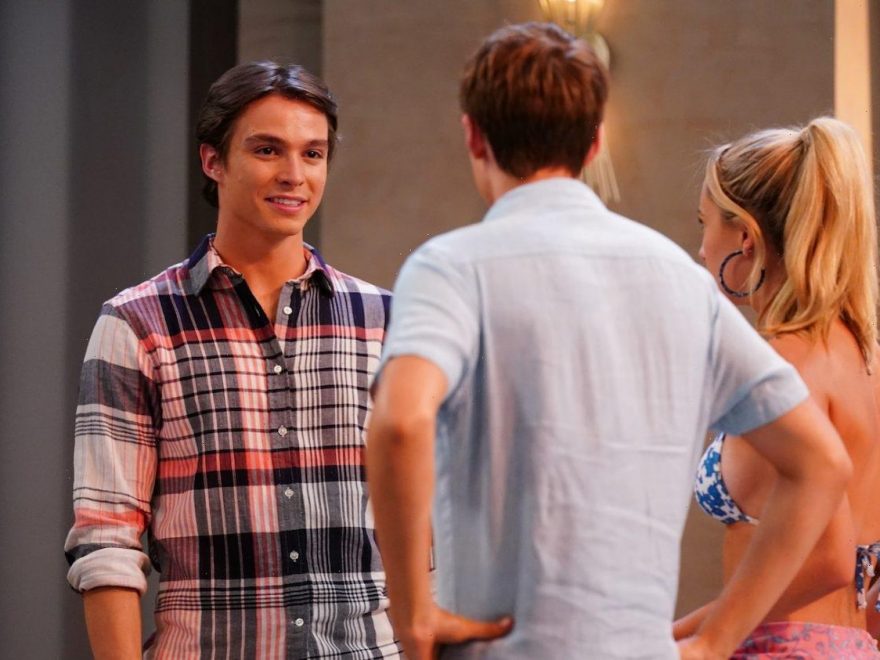 Nicholas Chavez recently joined the cast of General Hospital as the adult version of Spencer Cassadine.

The 21-year-old actor is still a newbie in the entertainment industry, and this is his first on-screen role. Unlike some of his peers who started acting as young children, Chavez did not become interested in this career path until he was in high school. In fact, he has a touching story of how he came to enjoy acting.

How Nicholas Chavez landed the role of Spencer Cassadine

Spencer was previous played by child actor Nicolas Bechtel. A few months ago, Chavez took on the role as an aged-up Spencer who had returned to Port Charles after years at a boarding school.

Chavez shared with Soap Opera Digest that he sent in an online audition in April before being called in for an in-person screen test. He said, “My manager reached out and said, ‘Hey, they’d like you to screen-test out in Los Angeles.’ … To jump right from A to Z was a pretty daunting experience, and it all happened maybe within the span of a week.”

Chavez also got to screen-test with Maura West (Ava Jerome). He beat out “12 to 15 guys” at the audition and quickly landed the role of Spencer.

Ever since Chavez made his debut as Spencer, he has wowed many people with his acting skills. It is surprising given the fact that he only became interested in acting a few years ago.

As Chavez told co-stars Steve Burton and Bradford Anderson on their podcast That’s Awesome, he grew up in a family of football players. He first dipped his toes into acting during his junior year of high school when his school put on a theater production of To Kill A Mockingbird. Chavez was not initially supposed to act, but he was given the role of Atticus Finch at the last minute.

Chavez’s family was hesitant about his acting activities, but after seeing him on stage, his father shared something touching with the show’s director.

“At the end, he went up to my mentor—the director of the show at the time—and he said, ‘Thank you,’” Chavez explained. “The guy goes, ‘Why are you thanking me?’ My dad says—and this is one of the very, very few times I’ve ever seen my dad get choked up in his life—he goes, ‘Because if I should die in a car accident tonight or something, I got to see my son become a dad tonight.’”

In addition to this touching response from his dad, Chavez also got positive feedback from other people. It led him to become more serious about acting, which eventually got him the role at General Hospital a few years later.

Chavez has already made a good impression on not just fans, but his co-stars as well. In particular, he has become “best friends” with Marcus Coloma, who plays his on-screen father, Nikolas Cassadine.

“Marcus and I have become best friends,” Chavez told Digital Journal. “He is so incredible. I really really love that guy. He is so awesome and has given him so much amazing insight. Marcus has taken on the role of a mentor to me and the role of a friend. We really hit it off. Marcus and I actually play chess all the time. We send each other chess memes on Instagram.”

Chavez also seems to get along with his young co-stars, such as Cameron Webber (William Lipton), Trina Robinson (Sydney Mikayla), and Josslyn Jacks (Eden McCoy).

He said, “They are all so great and welcoming. We have a really great dynamic, the four of us. We have a great offscreen friendship and that helps the chemistry on-screen. We have a good time. They are all so talented. William is also super-talented with his music, it’s just an amazing crew.”