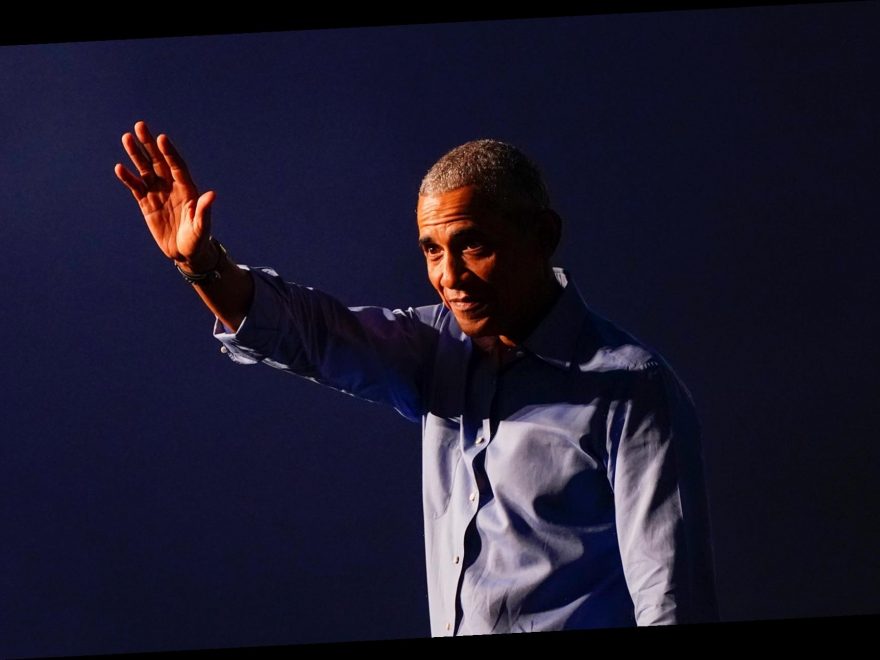 Obama announced the playlist on social media and shared a streamable version on Spotify. “Music has always played an important role throughout my life — and that was especially true during my presidency. While reviewing my notes ahead of debates, I’d listen to Jay-Z’s ‘My 1st Song’ or Frank Sinatra’s ‘Luck Be a Lady.’ Throughout our time in the White House, Michelle and I invited artists like Stevie Wonder and Gloria Estefan to conduct afternoon workshops with young people before performing an evening show in the East Room. And there were all sorts of performances I’ll always remember — like Beyoncé performing ‘At Last’ for our first dance at our inauguration or Paul McCarthy serenading Michelle in the East Room with, ‘Michelle.’ So in honor of my book, A Promised Land, coming out tomorrow, I thought I’d put together a playlist with some of those songs. Hope you enjoy it.”

The track list includes an array of inspirational and motivational classics, such as Franklin’s cover of “The Weight,” Bruce Springsteen’s “The Rising” and U2’s “Beautiful Day.” There are also celebratory cuts like “Stevie Wonder’s “Sir Duke” and “Signed, Sealed, Delivered I’m Yours”; tender tunes like Beyoncé’s “Halo,” John Coltrane’s interpretation of “My Favorite Things” and Sade’s “Cherish the Day”; and there are two tracks that exemplify two very unique takes on pop patriotism, Bob Dylan’s “The Times They Are a-Changin’” and Brooks and Dunn’s “Only in America.”

Back in 2018, Michelle Obama also incorporated music into the release of her memoir, Becoming, tapping Questlove to craft an extensive three-part playlist, The Michelle Obama Musiaqualogy, that served as the warm-up music during her book tour.