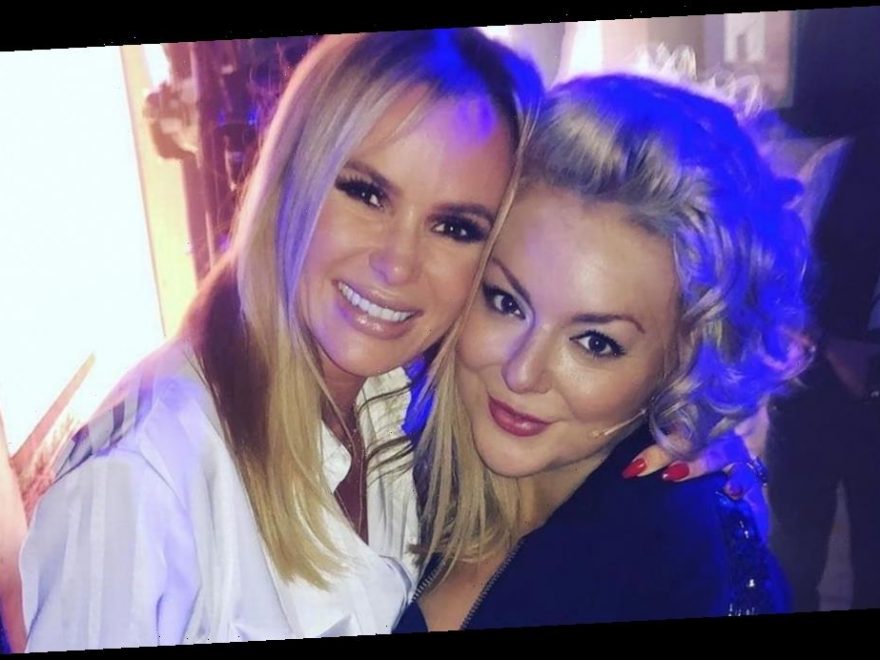 Britain's Got Talent judge Amanda Holden has treated fans with a new single off her upcoming new album.

Amanda has teamed up with actress Sheridan Smith for a cover of I Know Him So Well from Chess the Musical.

The track was initially released in 1987 by Elaine Paige and Barbara Dickson.

Despite already having a packed schedule with both her role on BGT and co-presenting Heart Radio's Breakfast show with Jamie Theakston, Amanda is keen to return to her performing roots.

Talking about the track, Amanda said: "I got a great friendship out of this song in Sheridan Smith.

"I’d loved her for years and we’ve always hugged when we met but we didn’t know each other.

"I really wanted her to duet with me on I Know Him So Well so I asked David Walliams for her number.

"She was heavily pregnant but she couldn’t have been nicer or more enthusiastic when I called her and the final result is better than I even imagined."

Earlier this year she released charity single Over The Rainbow in aid of the NHS amid the coronavirus pandemic.

Speaking at the time, Simon Cowell's co-star said: "People think they know who I am because they see me being loud and outrageous on the television or radio.

"That is a part of me but really I’m all about my family.

"This album is all the songs I’ve loved in my life sung for the people who mean the most to me.

"It’s a very emotional album that everyone can relate to."

Titled Song From My Heart the record is slated for release October 2 and is billed as a "collection of celebrated musical theatre numbers that showcase her vocal talents".