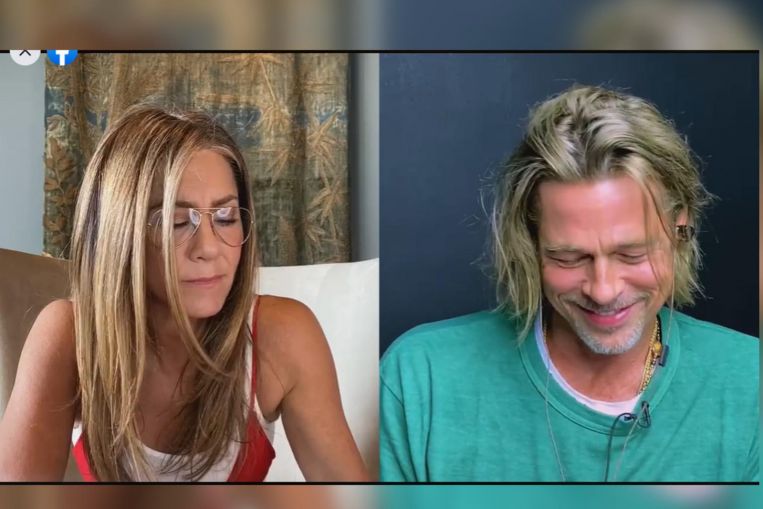 Former Hollywood power couple Brad Pitt and Jennifer Aniston reunited for a performance together on Friday, 15 years after their divorce.

They took part in a fund-raising table read of the 1982 teenage dramedy Fast Times At Ridgemont High and even flirted in-character.

Pitt, 56, read for the role of Brad Hamilton while Aniston, 51, read for Linda Barrett.

In one of the scenes, Linda says in Brad’s fantasy: “Hi, Brad, you know how cute I always thought you were. I think you’re so sexy. Will you come to me?”

Proceeds from the table read will go towards Core and Reform Alliance, a criminal justice reform initiative; for general Covid-19 relief efforts and to prevent the spread of the coronavirus among the incarcerated.

Pitt and Aniston were married from 2000 to 2005. They had a high-profile divorce plagued with infidelity rumours as Pitt became romantically involved with his Mr. & Mrs. Smith (2005) co-star Angelina Jolie.

Jolie announced that she was pregnant with Pitt’s child in early 2006. The couple married in 2014 but filed for divorce in 2016.

Pitt is currently linked to German model Nicole Poturalski. Aniston married actor Justin Theroux after she split from Pitt. They separated in 2017.

Sign up for our daily updates here and get the latest news delivered to your inbox.

Get The Straits Times app and receive breaking news alerts and more. Download from the Apple App Store or Google Play Store now.