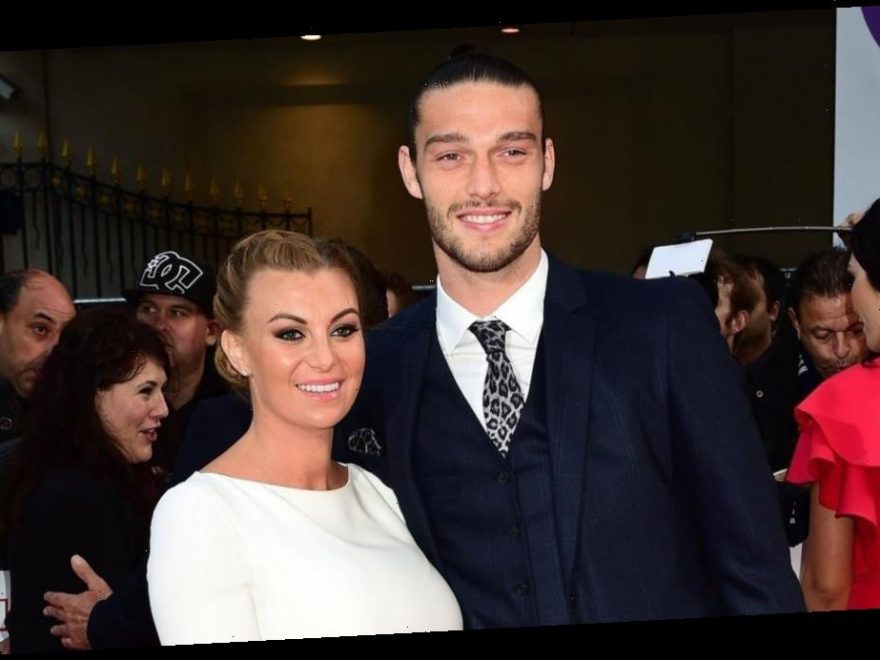 The former TOWIE star was full of love as the couple became a family of seven on Thursday.

They already have three kids together, so their newborn daughter was greeted by keen siblings who were eager to meet her.

Billi and Andy are parents to sons Arlo and Wolf, while he has daughter Emilie and son Lucas from a previous relationship.

The couple couldn't be happier about the birth of their first daughter together.

She announced the news on Instagram with a snap of their bundle of joy, nestled into a pink blanket with "Baby Carroll" embroidered onto it.

"Welcome To The World Baby Girl!" she gushed.

Billi revealed their daughter has arrived on Emilie's birthday, which is a "surprise" for her.

She added: "You Arrived On Your Big Sister Birthday What a Lovely Surprise.

"Hope Your Ready To Come Home To Our Crazy House @andytcarroll.#TheCarrollKids #FamilyOf7 #5KidsAndCounting."

The married couple are yet to share her name, but did announce she was a healthy weight of 6lb 4oz.

Billi's followers were thrilled with the news, and quickly congratulated the couple in her comments.

Back in April, they announced the gender of their baby by spraying pink confetti.

They shared the special moment on Instagram, using confetti cannons for the big reveal.

At the time, she wrote: "It's a GIRL! I'm still in shock I can't believe were having a pink one.

They announced the news to their children and made sure they were present.

The sweet couple have been together since 2013, and are doting parents to their five kids.

'90 Day Fiancé': Does Anfisa Nava Have a New Man in Her Life?
Entertainment