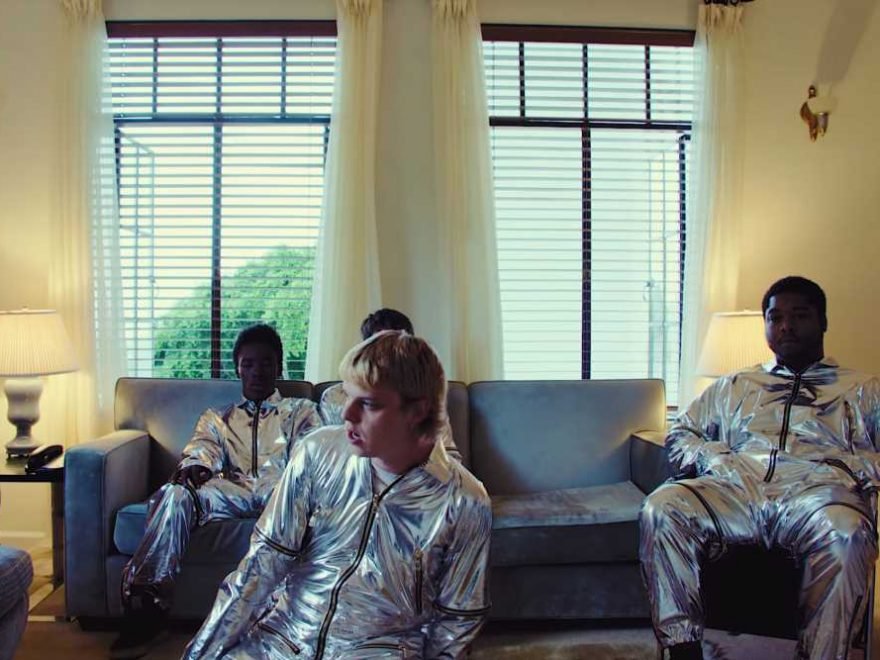 Brockhampton have released their latest video for “Dearly Departed,” featuring five members of the Texas rap collective wearing silver suits and getting up close and personal to the camera in someone’s living room.

Directed by and featuring Brockhampton leader Kevin Abstract, and filmed by Ashlan Grey, the clip addresses loss in one of the most emotionally raw videos the group has produced, while still imbued with their trademark surreality.

“Dearly Departed” comes from the band’s latest release, their fifth album Ginger, which arrived earlier this month. Brockhampton will promote the LP on a recently announced fall tour with U.K. rapper Slowthai. The “Heaven Belongs to You” trek kicks off October 26th at the PNE Forum in Vancouver, Canada and wraps December 13th at the Hollywood Palladium in Los Angeles. Slowthai will serve as support for 20 out of the 25 dates on the tour.