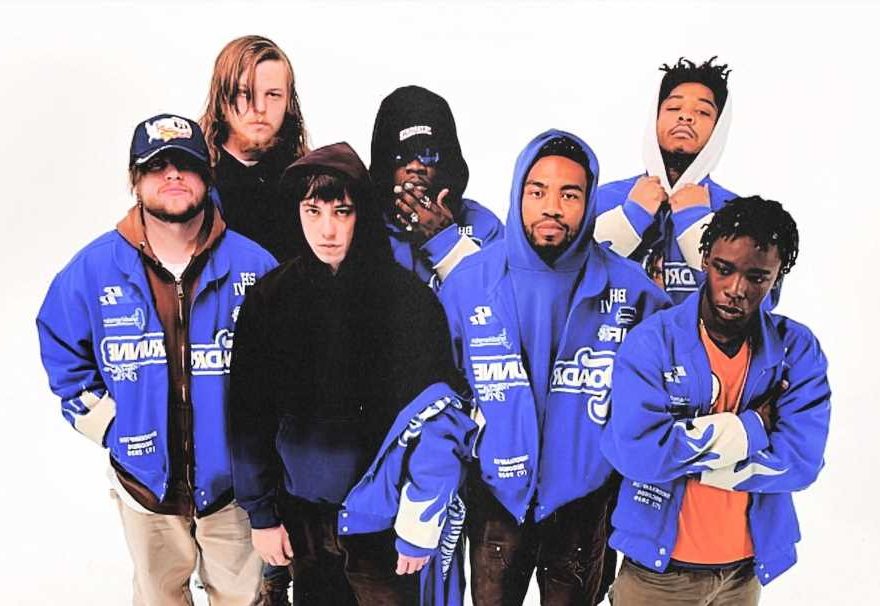 Brockhampton have announced their Here Right Now tour, which kicks off in Europe in January 2022 followed in February by a string of UK dates and a stop in Paris, France before heading into the North American leg of the tour. Tickets go on sale on Friday at 10 a.m. local time.

Their first U.S. date takes place at the Union Event Center in Salt Lake City, Utah on February 26th. The trek heads south and then through the East Coast before hitting the Midwest and moving west, with two stops in Canada. It wraps at Veterans Memorial Coliseum in Portland, Oregon on April 13th. The North American portion of the jaunt will feature openers Jean Dawson, Paris Texas and HVN.

The band’s tour is bookended by two major festival dates. The first takes place this year on August 1st at Lollapalooza in Chicago’s Grant Park. They are also slated to perform at 2022 Primavera Sound in Barcelona, Spain on June 3rd.